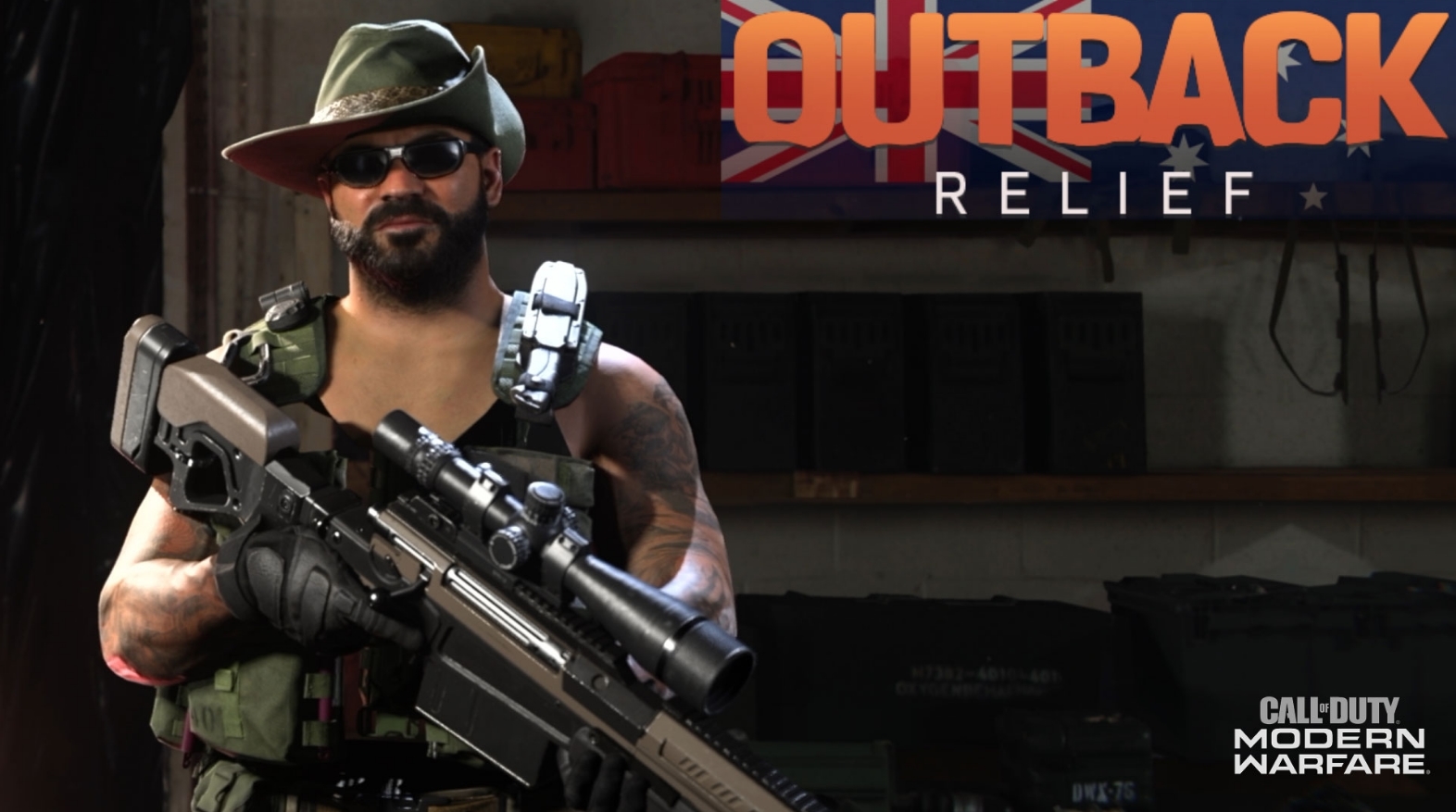 The cosmetic pack, which included a number of Australian-themed items, like a koala weapon charm, was sold throughout most of January until the end of the month. All of the proceeds from the pack went directly to Direct Relief, a humanitarian aid organization.

The pack was originally just for sale via Activision, but once the bushfires began to run rampant, it was re-titled from the Outback Pack to the Outback Relief Pack, and all of the sales of both were included in the donation.

“Call of Duty players around the world came together in support of this terrible tragedy. We’re honored to help in this effort with the funds from the Outback Relief pack. We thank everyone for their generosity, and we look forward to putting this donation into action,” said Byron Beede, general manager and executive vice president of Call of Duty at Activision.

“Thank you to fans and our community. Your inspiration drove the Outback Relief Pack. On behalf of everyone here at the studio, we thank you for your support,” said Patrick Kelly, co-studio head and creative director of Infinity Ward.

Activision says that the $1.6 million donation has already started to provide emergency and health supplies to local aid groups in Australia while they deal with the bushfires, which ravaged the country and its wildlife.