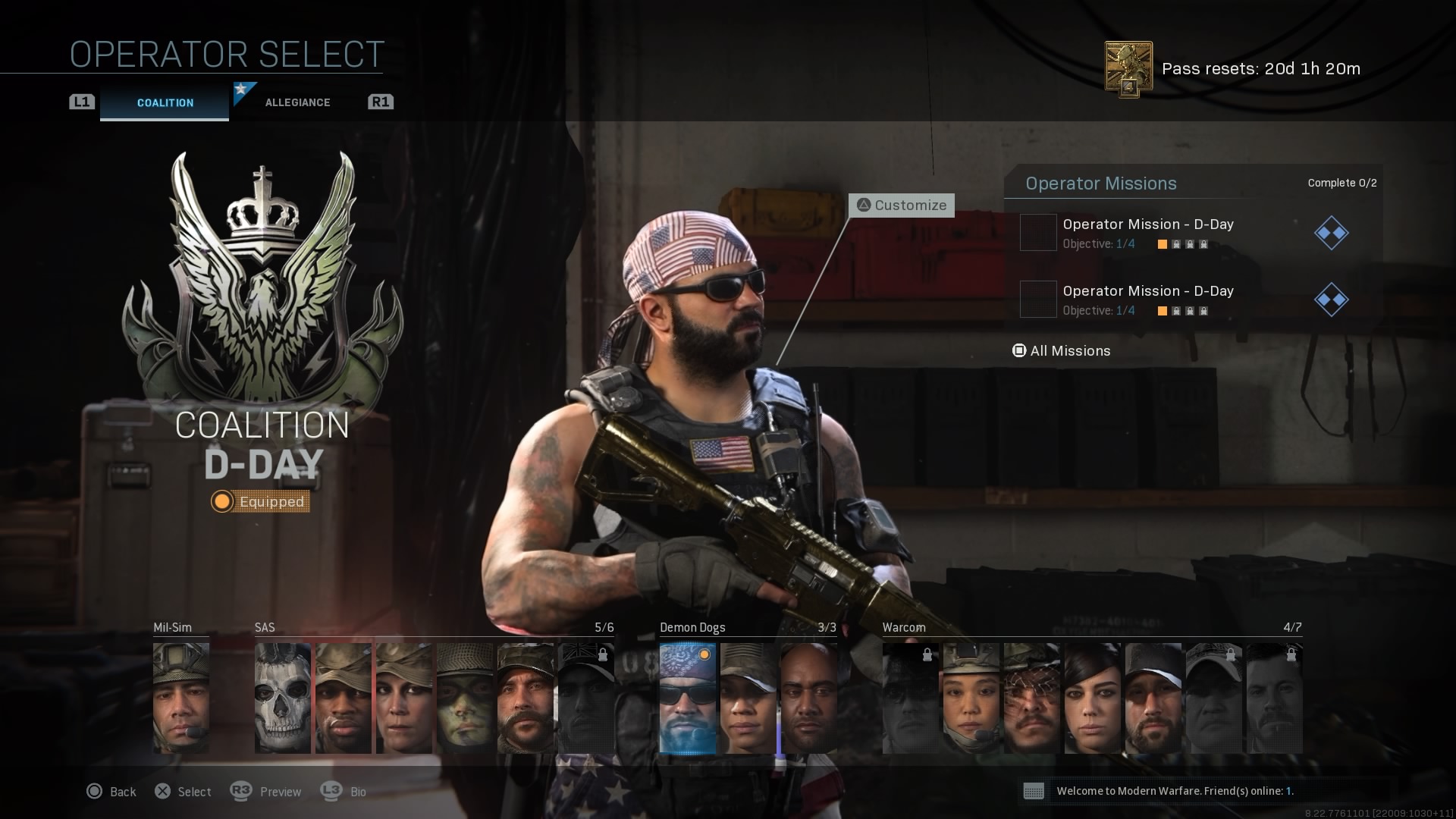 An awkwardly-named Call of Duty: Modern Warfare skin has had both its title and description changed after a new update.

Following a patch released yesterday, a skin for the Operator D-Day has been altered. Previously, it was named “Border War” and the description said, “Show them the error of their ways and make them pay with D-Day’s Border War Operator skin.”

In the outfit, D-Day is wearing a cowboy hat and a police vest. Whether it was intended or not, the imagery of the skin and its description evoked violence against illegal immigrants.

In current times where both immigration policy and police reform are under scrutiny and heavy discussion, it seems like the safe play for Infinity Ward to steer clear of it entirely. But the police vest remains on D-Day for now.

Call of Duty has added multiple Operators and skins to Modern Warfare and Warzone over the past few months. The current season ends in 20 days and new skins will be added when the next season drops.