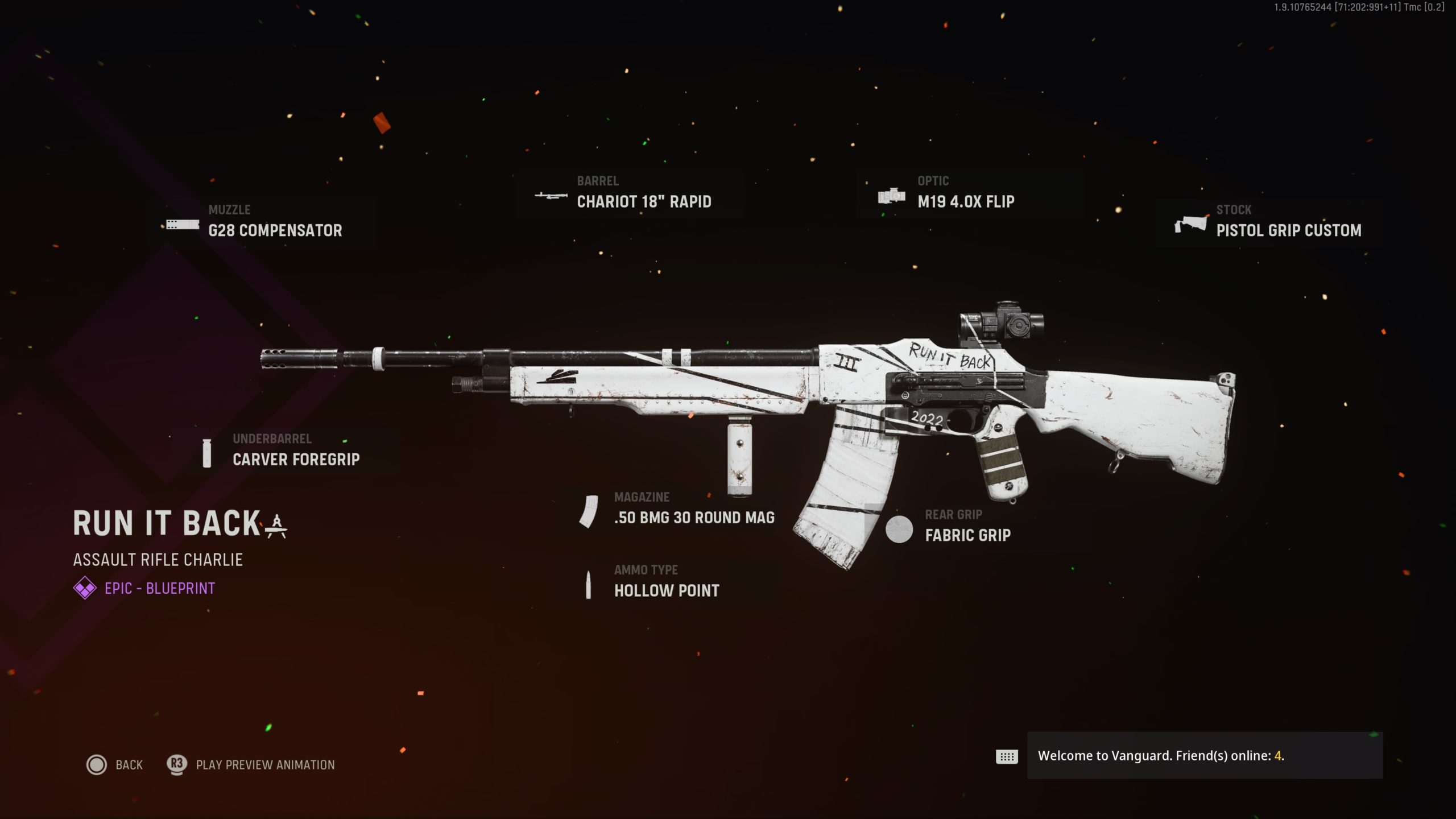 Call of Duty League skins are now available in Vanguard as part of the “Run it Back” pack in the in-game store.

The operator skins are CDL-themed, but not specific to the teams in the league just yet. The color scheme is black and white, or white and black, for several of the game’s playable operators.

The pack includes home and away CDL-themed skins for all of the game’s launch operators, plus a Legendary blueprint for the BAR, three emblems, and two calling cards, all for $9.99.

The CDL announced the format for the 2022 season yesterday, including four different major LAN events, a midseason event featuring a pro-am tournament, and much more.

It’s expected that the league’s 12 teams will have their own in-game skins, as has been the case for the past few years. Those skins would likely become available sometime around or after the launch of the CDL season in early 2022, if Activision plans on releasing team-themed cosmetics this year.