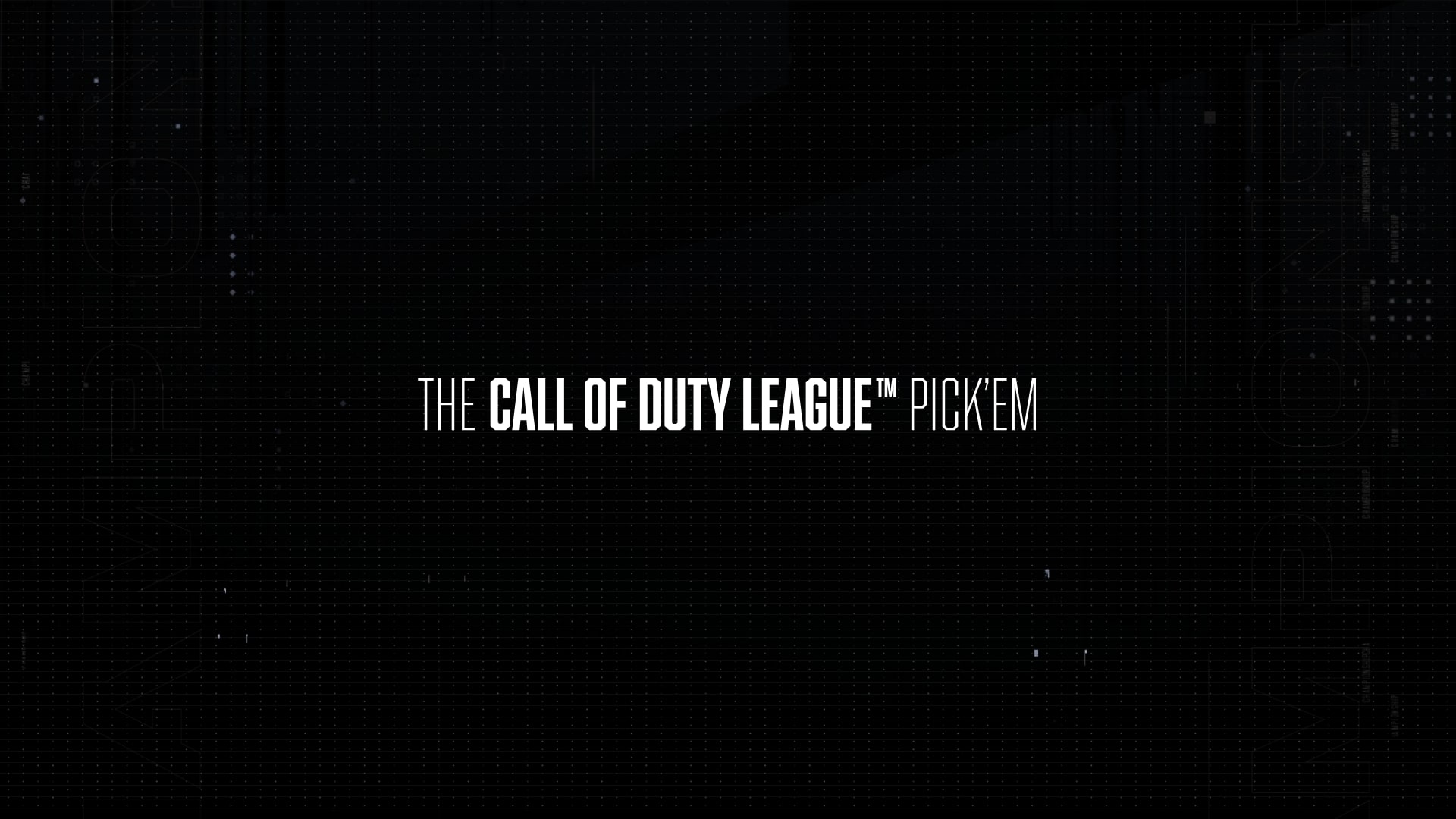 Competitive Call of Duty fans can now predict the outcome of upcoming matches and test their knowledge of the professional scene with Call of Duty League Pick’em, which was announced today.

The CDL Bracket Builder was introduced during the Call of Duty League’s inaugural season. Fans were able to compete for a chance to win the CDL Champs $100,000 giveaway for the perfect bracket if they correctly predicted all the outcomes of the final tournament.

The positive feedback led to the creation of the 2021 CDL Pick’em, which was designed by the same creator as the CDL Bracket Builder, Paper Crowns. Paper Crowns was founded by former Call of Duty professional and Team Envy founder Skyler Johnson.

Paper Crowns won the 2020 Esports Awards' Creative Agency of the Year award and will continue its partnership with Activision-Blizzard through the 2021 season. Fans can start predicting the outcome of matches on the official website.

Fans can earn points by correctly predicting the outcome of a match. More points will be earned if the game’s exact result is predicted and some matches grant double points. Fans in select regions can earn prizes based on their performance and their place on the leaderboards.

The leaderboards reset after each stage, so fans have five chances to win prizes. Avid Call of Duty League fans should consider making predictions to try their luck.

The Call of Duty League's opening weekend of the 2021 season, hosted by the Atlanta FaZe, will begin on Feb. 11.