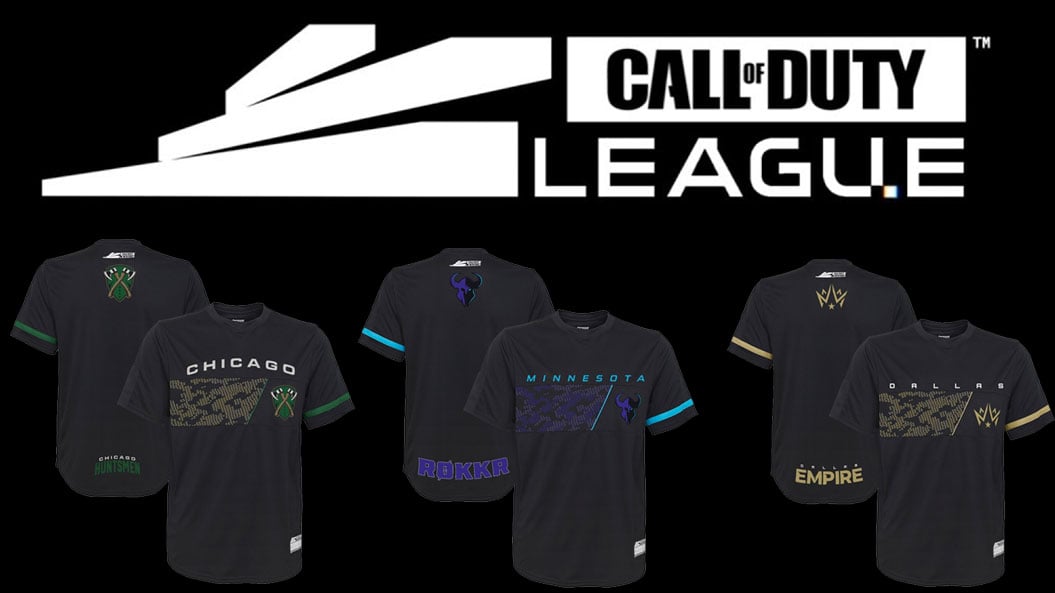 The inaugural year of the Call of Duty League will kick off at The Armory in Minneapolis next week when the RØKKR will host all 12 teams. And now, fans can purchase the official replica jerseys in the CDL shop to represent their favorite franchises.

Last night, popular Call of Duty Twitter account CDL Intel posted screengrabs that showcased the home and away jerseys for all 12 teams.

Every team will have a black away jersey and a white home jersey for their matches. Team logos can be seen on the left with a camo-like design running across the chest. The left sleeve will have one stripe in the team’s primary color.

The back of the jerseys will feature the team’s logo under the neck with the league logo placed above it. Every city will be displayed on the bottom seam.

Here’s the description used for the jerseys, according to Dallas Empire’s page:

Official replica jerseys purchased from the CDL shop will cost $74.99.

While competing on the Call of Duty League stage, players will have the option to wear their team jersey or hoodie. Colors will be white for the home team and black for away. Player gear kits also include a bomber jacket to wear to and from events.

The CoD community feels cheated by the new jersey designs and many fans aren’t happy. Some have even gone as far as to call the new designs “lazy.”

With the CDL going into its first year of franchising and each spot costing at least $25 million, it’s understandable why Activision and team owners chose to go with a “safer” look.