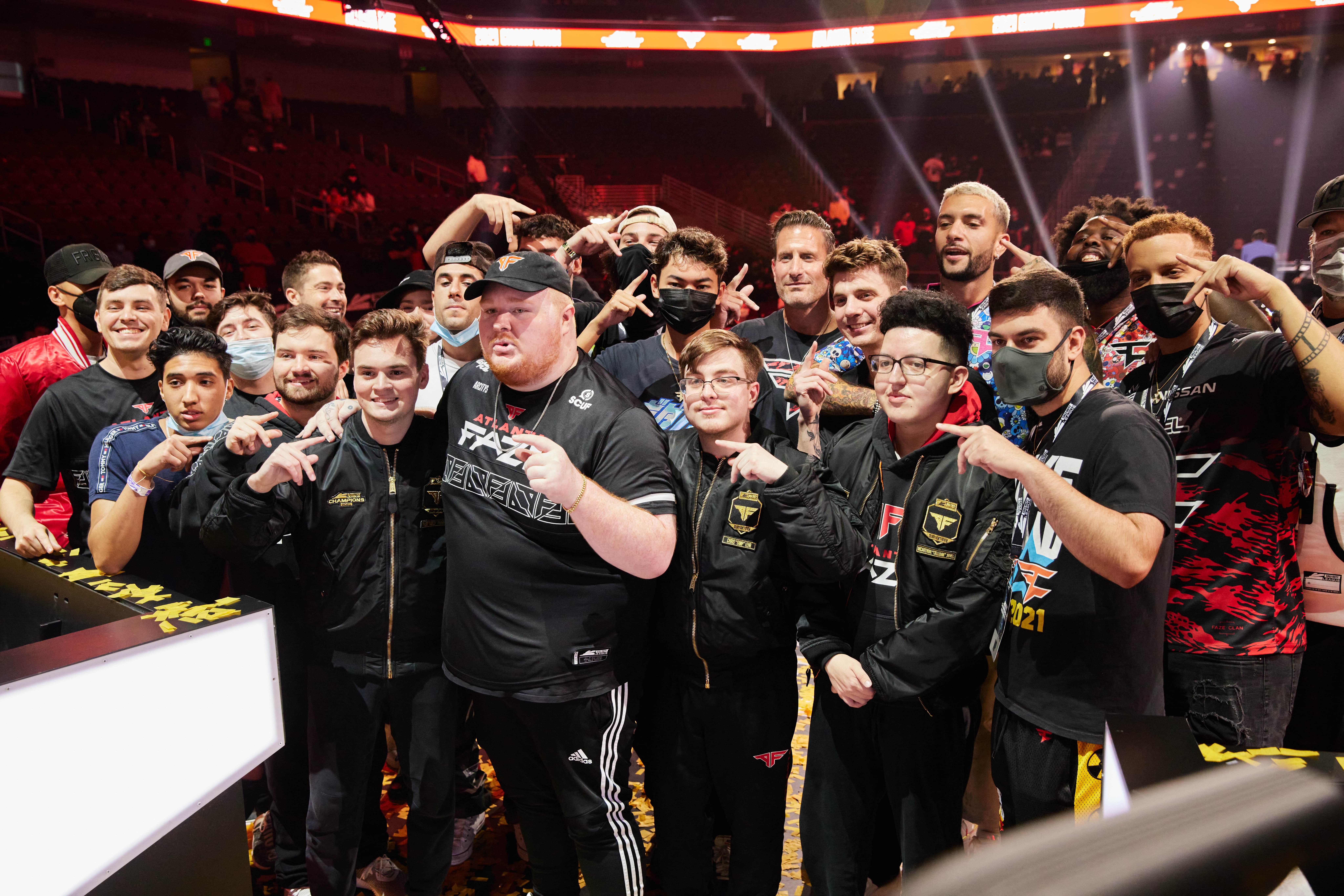 With the 2022 Call of Duty League season not far from launching, Dot Esports surveyed over 30 coaches, analysts, content creators, and community personalities on what they think were the best, worst, and most surprising roster moves of the offseason. They were also asked to make predictions for multiple awards, including most likely to win MVP, Controller Rookie of the Year, and which team is most likely to take the crown at the 2022 Call of Duty League Championship.

It’s no surprise that Simp and the defending champions in Atlanta FaZe dominated every category that they should have, from the best SMG player and most likely to win MVP to the team most likely to win the 2022 championship. Atlanta were the favorites in six different categories.

The Los Angeles Guerrillas were voted to have made the best offseason moves out of all 12 CDL teams, edging out OpTic Texas by one single vote. The Guerrillas wiped its entire roster during the offseason and rebuilt from the ground up, adding SlasheR, Asim, Gunless, and Huke, while later signing Spart as its substitute. OpTic Chicago merged with Dallas Empire to become OpTic Texas, which in turn combined Shotzzy and iLLeY with Dashy and Scump, as well as fusing the coaching staff in Rambo and Sender.

On the other side, Paris Legion was voted to have made the worst offseason moves in the league, barely beating Florida Mutineers by one vote. Paris added four veterans in FeLo, Temp, Decemate, and John to its starting lineup, while Mutineers made some questionable moves: switching Owakening to SMG, benching Havok, who later left, and adding Davpadie as the team’s main AR while already having Skyz and Owakening on the roster, all while losing Neptune to the New York Subliners.

As for rookie of the year, the league doesn’t have an official award yet, so the community is left to hope one of the CDL players wins Controller Rookie of the Year at the annual Esports Awards to certify the title for the season. Nevertheless, this year, Pred is the favorite for the award with 33 percent of the votes—and his teammate Sib isn’t far behind with 23 percent of the votes.

Mohak, who dominated Challengers in the last half of the Cold War season, was voted as the most likely Challengers player to be signed by a franchise this season. In second place, we had a five-way tie with Classic, PaulEhx, and Pentagrxm from North America and Harry and Vortex from Europe all receiving three votes each.

Here are all of the results from the Dot Esports Call of Duty League 2021-2022 offseason survey.

Which franchise made the best offseason moves?

Which franchise made the worst offseason moves?

Most surprising roster move of the offseason?

Player most likely to win Esports Controller Rookie of the Year?

Challengers player most likely to get picked up by a CDL franchise?

First franchise to make a roster change once the season starts?

Franchise most likely to never qualify for a Major tournament in 2022?

Franchise most likely to win the first Major?

Player most likely to win the 2022 MVP award?