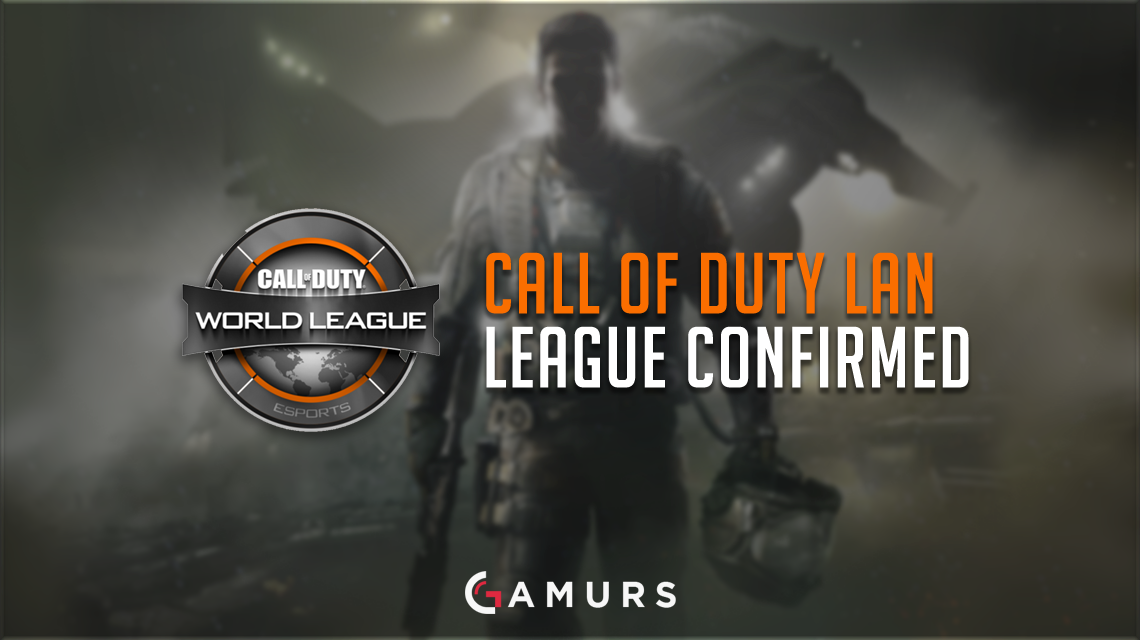 We knew Activision would be releasing information about the future of their Call of Duty World League at the 2016 Playstation Experience, and they warned ahead of time exactly when they would be doing it. However, several minutes of stream time were dedicated to releasing some of the biggest information early.

The Call of Duty World League will have $4 million in prizing over the course of Infinite Warfare. The league distributed $3.2 million last year, not including prize pools at individual LAN events hosted by partners. Of that $3.2 million, $2 million of last year’s prize money was reserved for the 2016 Call of Duty World League Championship. Hopefully, this means more official CWL events on Infinite Warfare than in the past.

The clip also confirmed a rumour many players and fans were hoping would come true: a Call of Duty LAN League. According to ESPN, Activision discussed the possibility of an offline league with team owners at the end of October, but it was not confirmed until now.

As expected, Activision will be working closely with Major League Gaming (MLG) to operate the Call of Duty World League this year.

Three LAN events have been announced. The first event, hosted by MLG, will take place in Las Vegas, Nevada from Dec. 16 to 18 and a total of 172 teams will be competing, making it the largest Call of Duty event ever. Also announced were open CWL events in Atlanta (Feb. 10 to 12) and Anaheim (June 16 to 18). Though each of these events is taking place in North America, international teams are welcome to attend, and some may receive invitations to do so.

Pool play at MLG Vegas will include twelve teams, with four of those spots up for grabs. Beginning on Dec. 10, online qualifiers will take place, allowing teams to fight for their spot. Successful teams will earn team passes, hotel accommodations, and flight expenses paid for.

Perhaps the biggest news coming out of the live stream was the announcement of a Global Pro League. Stage One of the league will begin in April 2017 and take place at MLG Arena in Columbus, Ohio. Sixteen teams will participate – nine from North America, six from Europe, and one from APAC. Teams will qualify for the league through CWL Pro Points, earned via LAN events as well as ladders and tournaments played on Gamebattles. After Stage One, the top eight teams will compete in the playoffs, while the bottom four will play in a relegation tournament against the top two teams from both North America and Europe, and the No. 1 team from the APAC region. CWL Pro Points will go live on Dec. 7.

Though specific details of the Global Pro League were not given, Clint “Maven” Evans commented that teams would be grouped into pools of four. This suggests the league will operate similarly to ELEAGUE, a Counter-Strike league hosted by Turner in Atlanta, Georgia.

It was not surprising to hear that the Call of Duty Championship would be making a return at the end of the year. Thirty-two teams from around the world will participate. The sixteen teams playing in Stage Two of the Global Pro League automatically qualify, and the other sixteen can do so through qualifiers, including a Last Chance Qualifier LAN.

After creating the Call of Duty World League in 2016, Activision is putting more resources into making it successful in 2017.

“The 2016 inaugural season of the CWL was incredible.  We saw more than 1,000 teams from around the world compete, and well over 1 billion minutes of broadcast content featuring some of the greatest Call of Duty competition ever,” said Executive Vice President and General Manager of Call of Duty, Rob Kostich. “So together with our presenting partner PlayStation®4, we’re excited to kick-off a new season of the Call of Duty World League, and what better way to get started than with a special invitational competition right here at PSX this weekend.”