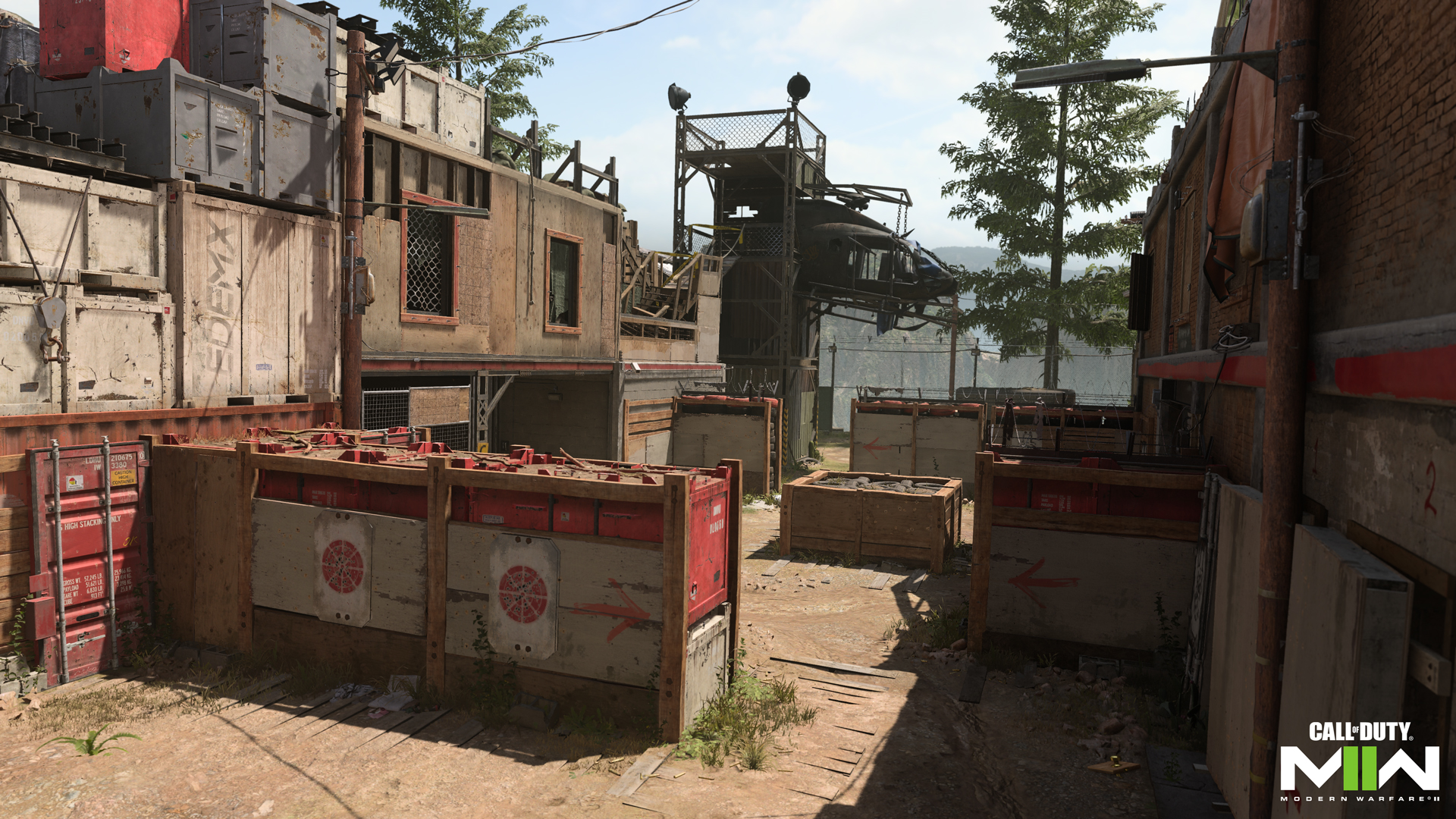 The iconic Shoot House and Shipment maps have been “reimagined” from their Modern Warfare versions, described as “hallowed ground for camo grinders and are incredibly notorious for frenetic and fun action” by the developers.

The returning Shoot House will be available upon the launch of season 01 on Nov. 16. Shoot House is a “small, three-laned map conducive to all playstyles,” with numerous places to mantle and hide, but with numerous obstacles like destroyed vehicles and leftover firing range targets to navigate. Shoot House originally launched with the 2019 Modern Warfare release and became a fan favorite.

Shipment will launch mid-season. Shipment is one of the smallest and most hectic maps in the six-vs-six pool, with little room to operate but numerous shipping containers to hide in. The reimagined version for MW2 takes place on an at-sea cargo ship, so you won’t be able to make use of previously reachable out-of-bounds areas, even with the introduction of swimming mechanics. Shipment originally launched with CoD 4: Modern Warfare, and appeared in both 2019 Modern Warfare and Vanguard.

Both reimagined maps originally appeared as placeholders in leaked early builds of MW2, but they will officially join the map pool in season 01.

A stacked season 01 for MW2 and Warzone 2 will feature the new Warzone experience, the introduction of Raids and the CDL moshpit modes, the new battle pass system, new operators, weapons, and bundles. Season 01 begins on Nov. 16.