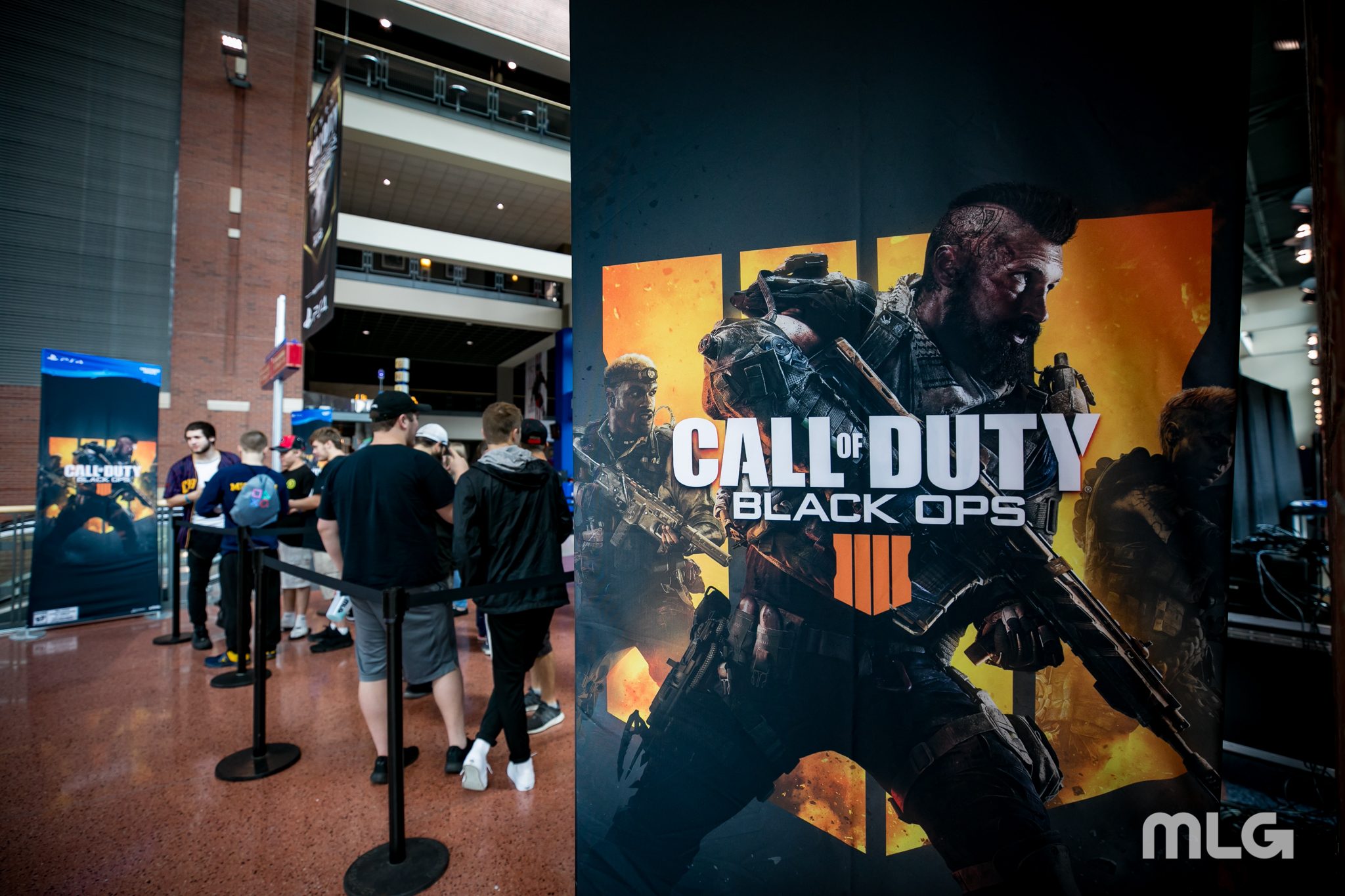 Ahead of the Call of Duty World League’s 2018-2019 season reveal on Sept. 19, a contentious debate among some of the community’s most prominent figures ensues.

The conflict stems from the uncertainty of whether official CWL matches will be played with four-person teams, a standard of the console esport since its beginning, or if the league will increase teams to five players each.

The team-size change, if it were to be announced during the reveal event, would give teams less than a month to assemble their lineups before the official release of Black Ops 4 on Oct. 12. Fortunately, teams would still have until Dec. 7 to prepare for the start of the season with the first offline event in Las Vegas.

While CoD has never experimented much with team sizes before, there are some in the competitive community who are in favor of the change for Black Ops 4. Unlike previous titles, Black Ops 4 will feature five-player teams in public matches, a shift from the six-player teams that had become the default in Call of Duty.

Each side has compelling arguments, and most are being made in good faith. A vast majority of the community wants to see the players earn more, organizations receive greater benefits from having a CoD team, and the esport grow to become one of the most popular in the world.

While no one has a truly definitive answer to this situation, there are distinct pros and cons. We’ve identified some of these in the hope that it’ll clarify both positions, and show why this argument has gained so much attention over the past month.

Before the 2018 CWL Championship last month, eUnited’s James “Clayster” Eubanks, a player who’s won a world championship and earned more than $400,000 in prize earnings, spoke out about trying something new in Black Ops 4.

Instead of creating a competitive ruleset, which limits the maps, weapons, and utility items players can use, Clayster suggested expanding teams to five players, including every map, and not banning anything in the base game. His rationale is one that has been around for years—if the competitive scene wants the much larger casual playerbase to watch, then they need to move toward a more casual ruleset.

In other esports games, most notably League of Legends and Counter-Strike: Global Offensive, players in million-dollar tournaments and solo queue alike play in very similar atmospheres. With the same items, timers, and weapons at their disposal, there’s little separating the pro from the once-a-week player—aside from the skill and teamwork, of course.

But in CoD, competitive is very different from public matches. In addition to the team size, some of the most powerful weapons and perks are banned in order to get rid of overpowered or “non-competitive” elements. The difference from CoD to CS:GO arises from the fact that Call of Duty isn’t made for the competitive community.

Clayster, while seemingly not thrilled about the concept, seems determined to try anything for growth. There’s certainly no guarantee that the average CoD player would tune into a competitive match because they’re playing with every weapon, but the current format just isn’t working well enough, according to Clayster.

Players and fans have griped about low viewership for years, but there hasn’t been many solutions for the pressing matter. And Clayster’s idea, while radical and risky, is a possible fix to this significant issue.

An expansion to five players per team would give at least 16 more competitors a chance to play in the CWL Pro League, the premier LAN league in CoD over the past two years.

While there’s a chance the league will change somehow this season, more than a dozen new players would get an opportunity to show off their skills against the best in the world with a five-vs-five format. The likes of Lightning Pandas or the former Ghost Gaming roster both proved to be among the top 16 teams at the CWL Championship, so many of those players would likely get their shot with a team-size increase.

Although it’s likely not the biggest factor, another possible reason for five-vs-five in CoD is to simply fit in with other esports. League of Legends, CS:GO, and Dota 2 all feature five-person rosters.

Those games typically have more defined roles than Call of Duty, but with manual healing, more health, and the return of specialists, it’s not impossible to see roles enter this game. And five-person teams are generally considered the standard in esports because of those esports’ respective decisions to have five players instead of four—like CoD or Halo—or even six like Overwatch.

Five players also could lessen the impact an individual player can make on a game, which can be seen as a positive or negative. Some could see it as a positive that the more talented and cohesive team may win more consistently with five players, but the best player may not get to shine as bright as they would in the current system.

Black Ops 4 was developed in the vision of five players, but competitive can be an entirely unique experience. Competitive players, specifically experienced pros, have different movement tendencies, weapon choices, and base strategies that change how the game is played.

And without the pros testing five-player teams, it can be difficult to predict just how the game will feel and be viewed in a competitive environment. This is just one of the several points made by Patrick “ACHES” Price, a staunch opponent of five-vs-five in competitive CoD.

ACHES, who has won two world championships in CoD, with his most recent coming last month as a part of Evil Geniuses, has been particularly outspoken about keeping competitive at four players per team. He’s even tweeted criticisms or concerns about expansion every day for the last several weeks with the hashtag, #OnceADayUntilItsConfirmed4v4.

Other players have voiced their qualms about five-vs-five in the game, too, saying a full-team rush in Search and Destroy would prove to be very effective, a negative effect in many players’ minds.

The sheer amount of kills and general action would likely be much higher with two more players on the map. It may even become overwhelming in certain games, if the map is just a little too small for the desired game mode.

If there’s going to be more players in the top echelon of Call of Duty, there probably should be more money, too.

At the 2018 CWL Championship, 128 players competed and split a collective $1.5 million prize pool. If teams were to grow to five players each, 160 players would be taking home some money from next year’s world title tournament. And if the prize pool stays at $1.5 million, there will be some unhappy players.

But as ACHES pointed out to OpTic Gaming founder Hector Rodriguez on Twitter, prize pools aren’t the only way in which players make their money. Salaries very much do exist, and while there are existing contracts in place, some players may see a decrease in their contract offers if the organization needs to pay another teammate in the potential five-vs-five format.

Some organizations may just outright refuse to get involved in CoD with another player to pay, too. Team Liquid, Cloud9, TSM, Fnatic, and more have all fielded CoD teams in the past, so it’s very possible that some of the biggest and most recognizable organizations may not see the benefits in keeping a team in the esport. And the smaller teams will have even more incentive to stay out if they simply can’t pay for five players on a team.

Money isn’t everything, but it matters a lot. If Activision can’t figure out a good way to help out organizations and players alike when it comes to cash, issues could pop up.

Lastly, and possibly most importantly, there’s the unknown that comes with expanding teams to five players. Competitive Call of Duty was built on the four-vs-four dynamic, and changing it promises nothing concrete.

While the change could ultimately prove to be beneficial to CoD esports, there remains a great possibility that it could spur irreversibly negative effects upon the competitive scene. And there’s really no way of knowing what side such a shift would prove correct until it’s too late.

There are certainly convincing points on both sides, but no one can predict what will come from a change like this. And maybe that’s the only argument needed to combat a switch to five-vs-five.

For nearly a decade, Call of Duty has been played in four-person teams, and messing with that has unpredictable consequences. Maybe there won’t be enough talented players to make competitive teams, leading to a severe lack of parity. Or there’s a possibility that the players’ pay will go down drastically to accommodate for more competitors per team.

The shift could become a boon to the scene’s success, but it may just as likely hurt the competitive community worse than most think it can. And that risk may just be too much when the change isn’t absolutely necessary.

Whatever Activision and the CWL decide, the playerbase will learn to live with it and likely embrace it. But for a decision that will alter one of the key and traditional elements of competitive Call of Duty, it seems like there’s a major lack of planning and organization surrounding this potential change.

We’ll likely learn whether the CWL will remain four-vs-four or switch to five-vs-five during the 2019 season reveal, which begins at 12pm CT on Sept. 19.