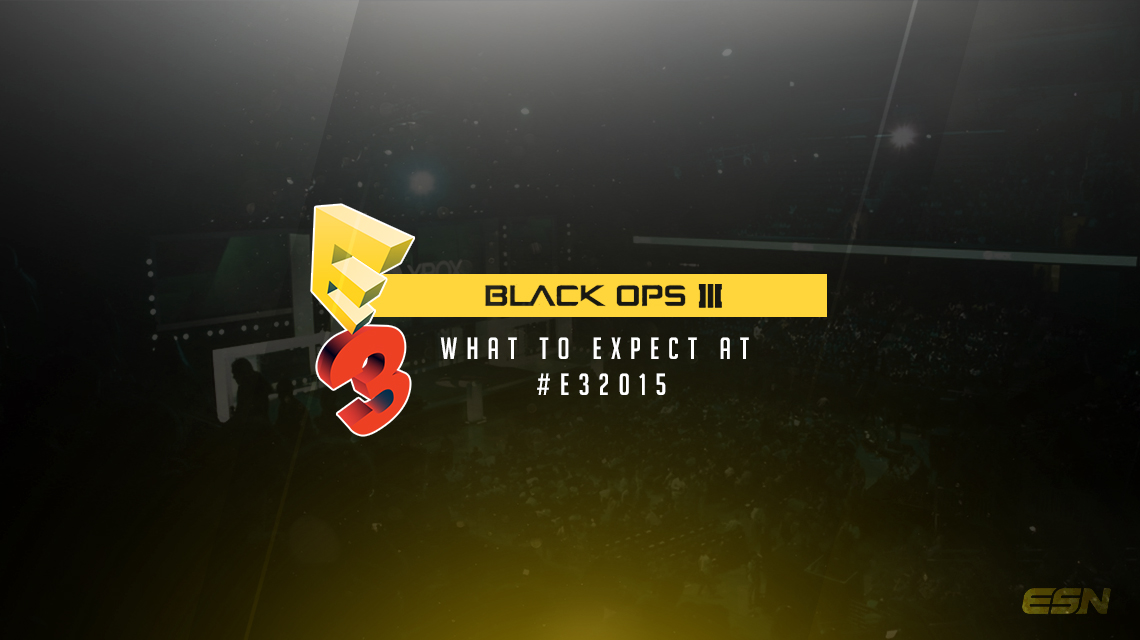 Tomorrow is the exciting multiplayer reveal for Treyarch Studios’ highly anticipated title, Call of Duty®: Black Ops III at the Electronic Entertainment Expo 2015. So, what is one to expect at the upcoming event?

The short story is, a number of trailers, game announcements, and demos will be featured at the event to enlighten the community on the upcoming game’s multiplayer. E3 2015 commences tonight at 6:30 PM PDT, with Bethesda Softworks’ press conference, and will resume tomorrow morning. The schedule provided by E3 follows as: Sunday, June 14 Monday, June 15 Tuesday, June 16

First off, it’s only known that Black Ops III’s multiplayer reveal will be on Monday, June 14. The event will be held either at Microsoft’s 9:30 AM PDT or Sony Entertainment’s 6:00 PM PDT press conference. Black Ops III’s publisher, Activision, is still withholding this title’s exclusivity. Last year the Call of Duty®: Advanced Warfare banner on the L.A Convention center sported Xbox branding, this year however the Black Ops III banner is generic with no special branding towards one console. This has caused quite the stir within the community, as to whether Sony’s Playstation 4 will be getting their game updates, downloadable content, and more before Microsoft’s Xbox One, or if the Call of Duty eSports community will be forced to switch consoles in order to compete for the upcoming season. It seems unlikely, but possible. It’s been quite confidential this year, but it will be finally confirmed tomorrow, depending on which conference the game will held at.

It was confirmed by David Vonderhaar, Treyarch’s Studio Design Director, that competitive Call of Duty for Black Ops III would be talked about closer to Gamescom 2015, similar to last year with Sledgehammer Games’ Call of Duty®: Advanced Warfare. With the press conference for Black Ops III being a multiplayer reveal, it makes sense to see a glimpse of competitive talk, since it’s featured on multiplayer. https://twitter.com/DavidVonderhaar/status/593083185354788864 Don’t get your hopes up though, this reveal will probably be focusing strictly on multiplayer as a whole, while Gamescom 2015 provides a more detailed competitive insight.

One of the very few details confirmed by Treyarch for the Black Ops III multiplayer reveal, is that a pre-alpha multiplayer version of the game will be playable on the show floor at E3 2015, for visitors at the press conference.

Not a lot has been released on multiplayer details. Vonderhaar has stated that information on certain aspects of the game such as the pick 10 system, scorestreaks, perks, gunsmith, etc. will be released closer to the game’s release. Hopefully Treyarch will provide some long-awaited details at E3 2015 on multiplayer features.

Where to Watch the Multiplayer Reveal

Of course a lot more details will be released and confirmed at the press conference, and it can be watched over on either Twitch.tv, at twitch.tv/event/e3, or on YouTube, at, youtube.com/e3. Stay up-to-date with all #E32015 Call of Duty®: Black Ops III news and reveals over at our Twitter – @eSportsNation.