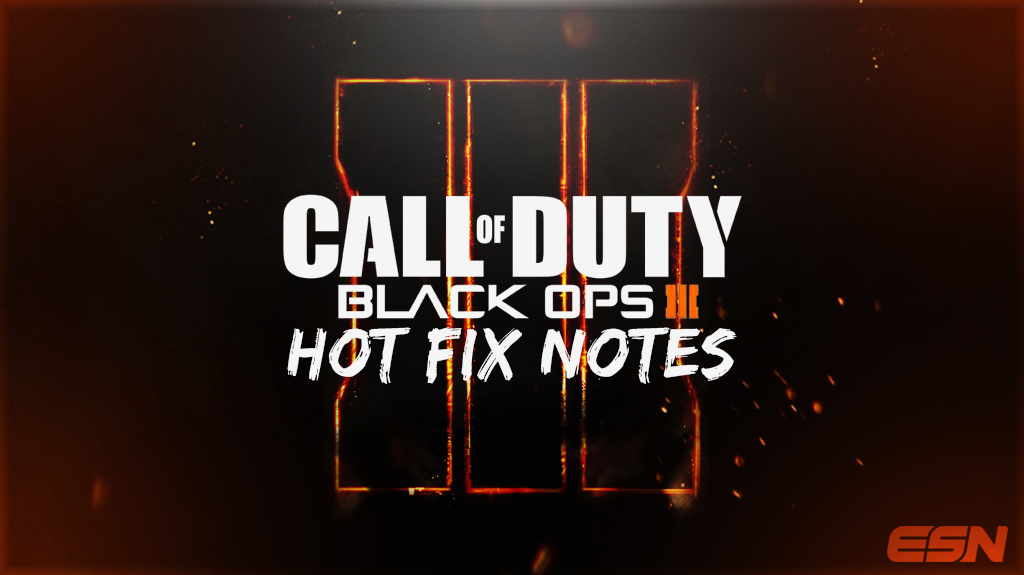 Treyarch has been releasing periodic “hotfixes,” which have basically just been small changes here-and-there on a consistent basis. In what will most likely be the final hotfix of 2015, Treyarch continues to listen to fan-feedback and improve on their game any chance they get. To view David Vonderhaar’s official Reddit post, click the link here. Without further ado, here are the patch notes for the most recent update in Black Ops III.

Rejack Ripper Other Overall, Treyarch continues to take what the fans and players say into consideration, but Vonderhaar also stated that his team will not be making changes to any weapons just because popular players or YouTubers ask for a buff or get a hashtag trending on Twitter. “I have as much fun as anyone when I interact with you all, but we won’t ever make a tuning decision because some folks got #bufftheweapon trending, your Tweet got 1000 likes and/or RTs, or because a popular YouTuber made a video,” Vonderhaar said. As we head into 2016, the future for Call of Duty looks extremely bright, and these simple weapon tunings and quick game updates are part of the reason why Treyarch has always been the fan-favorite developer for this gaming franchise. Do you like some of the changes that Treyarch has implemented in this update for Call of Duty®: Black Ops III? Let us know by commenting below or tweeting us @eSportsNation.