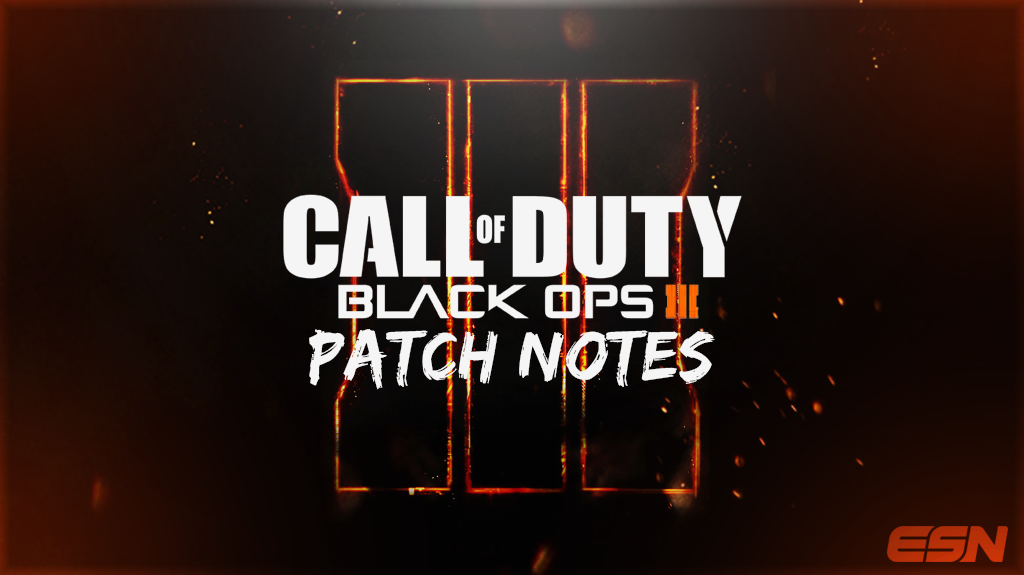 Earlier this morning, Treyarch Studios released the latest update for Call of Duty®: Black Ops III on Xbox One, PlayStation 4 and PC.

Treyarch has been releasing periodic “hotfixes,” which have basically just been small changes here-and-there on a consistent basis. Although the game has only been out for just under two weeks, Treyarch continues to do it’s best to fix any ongoing issues with their newest game.  While there have not been any huge changes to the game itself, Treyarch is constantly looking at what are the most popular guns and whether they are overpowered or balanced. By doing so, Treyarch is able to make sure that the game is as fair and enjoyable as possible, leveling the playing-field as much as they can. https://twitter.com/Treyarch/status/667504617983356928 Without further ado, here are the patch notes for the most recent update in Black Ops III.

The first thing that readers will most likely notice is the amount of changes made to multiplayer, especially in terms of the weapons. Most of the changes made to these weapons were necessary according to public opinion, especially in regards to the LMG’s. People will always find map exploits, but at least Treyarch was able to quickly find these few issues and fix them accordingly. Other than the few changes made to the zombies and campaign modes, there were not an alarming amount of fixes included in this update. Treyarch has always been great at taking fan feedback and translating that into updates to make the game better overall. Personally, I was thrilled to see the changes made to some of the weapons because I think that should help with making the game more fair and overall more enjoyable to play. All in all, it’s great to see that Treyarch is off to a great start with releasing fast updates to make sure that players are able to enjoy the best possible version of Black Ops III. You can click the link here to go to the official patch notes for this update. Do you like some of the changes that Treyarch has implemented in this update for Call of Duty®: Black Ops III? Let us know by commenting below or tweeting us @eSportsNation.