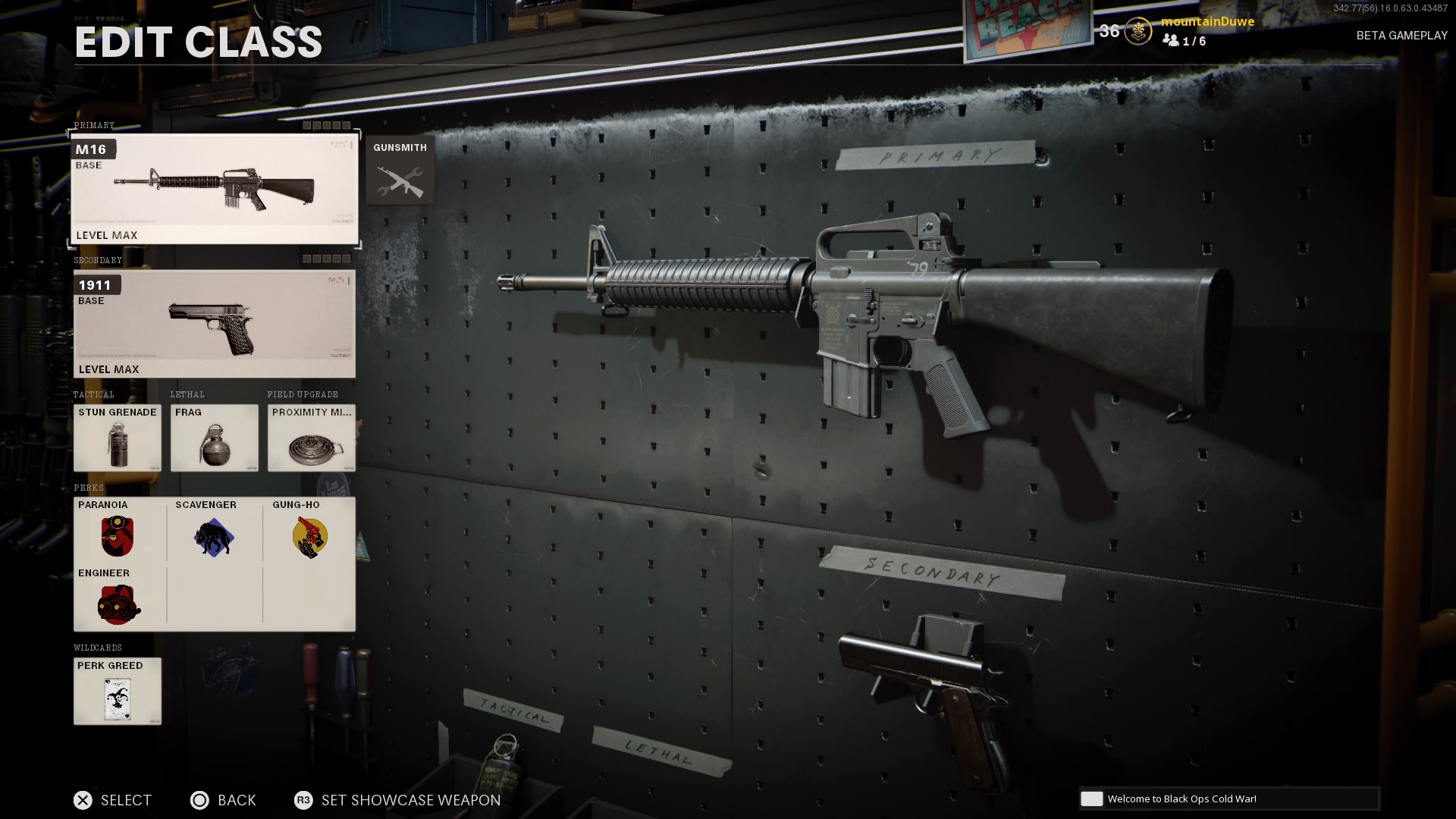 One of the most legendary weapons in Call of Duty history is back to dominate the 1980s in Black Ops Cold War.

Way back in 2007, Call of Duty 4: Modern Warfare’s M16 was the stuff of legend. It was a burst-fire rifle that often took down enemies in just one burst.

This year’s version of the M16 isn’t quite as strong, but it does have one-burst potential depending on how far away you are from the enemy and where you hit them.

Using the game’s Gunsmith feature, the M16 and any other gun can be equipped with attachments that cater to multiple playstyles. Whether you like to run and gun or sit back and pick off enemies from a distance, you can customize the weapon to your liking.

Here are a few of the best M16 loadouts in Black Ops Cold War.

Wild Card: Gunfighter (allows you to equip an attachment in all eight slots)