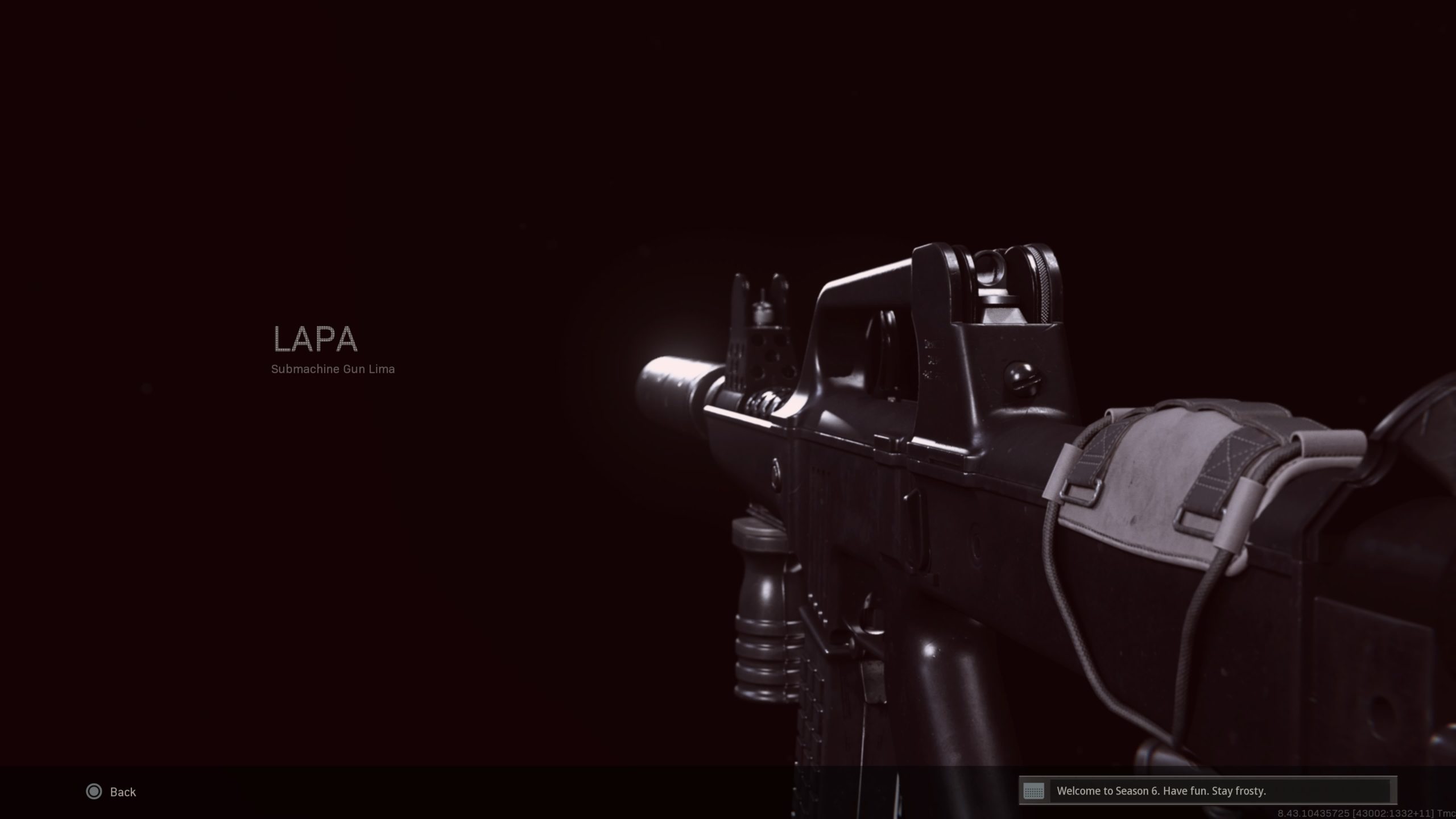 Call of Duty: Warzone’s latest addition to its arsenal is the LAPA submachine gun as part of Black Ops Cold War’s last hurrah during The Haunting seasonal event.

The LAPA’s in-game description says it’s a full-auto SMG that’s a “lightweight prototype with reliable damage and good firing control,” offering “improved handling and range with a slower fire rate” when compared to other submachine guns in Warzone.

It’s an apt description. The LAPA’s fire rate definitely hamstrings it when compared to other higher fire rate SMGs, especially in Warzone’s up-close and personal engagements. It’s not suggested to use it as a primary weapon, but instead as a secondary option in an Overkill loadout toward the endgame.

Here’s how to equip the LAPA for success in Warzone.

The LAPA gets a pretty standard SMG loadout in the gunsmith in Warzone. You’ll want to buff its range with multiple attachments to help keep it in line with other SMGs and its low fire rate will also need a bit of a pick-me-up.

As it stands, the LAPA isn’t one of the best options for submachine guns in Warzone. That doesn’t mean it can’t hold its own in certain engagements, but it will most likely lose out to guns like the LC-10 or MP5 in close-quarters fights.