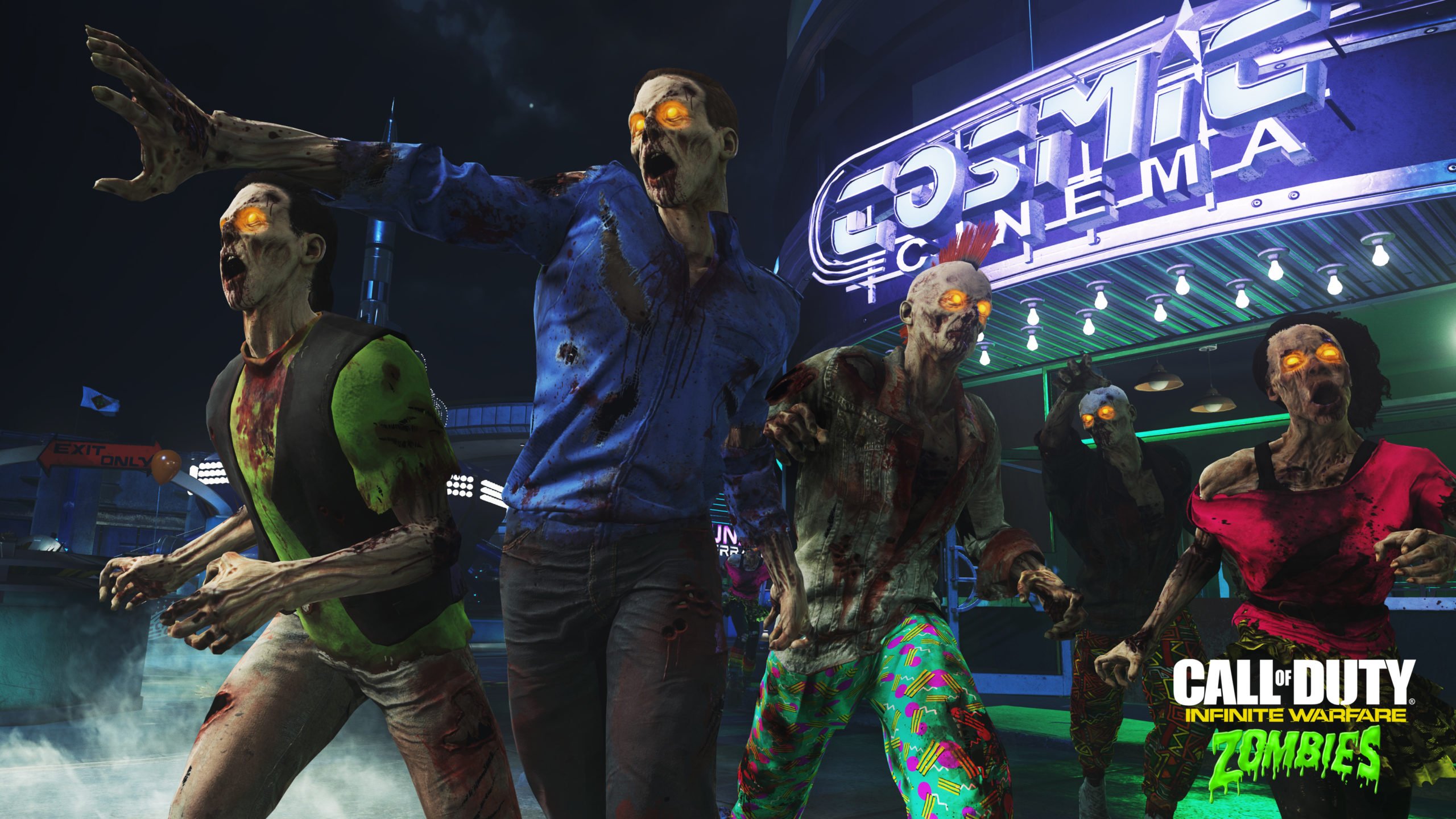 Call of Duty: Infinite Warfare was released in 2016, bringing with it a completely separate Zombies experience from what was featured in the previous Call of Duty titles.

The gameplay looked different and many of the mode’s signature weapons also weren’t available for use in this iteration. Instead, the devs opted to include a slew of new weapons to better suit the Infinite Warfare feel.

The core mechanics of the mode are similar in all titles, but some of the features have different names in each game. Notably, the way in which you get a randomly selected weapon on Infinite Warfare’s Zombies in Spaceland map is by using the Magic Wheel as opposed to the Mystery Box in previous games.

While there are many ways to get weapons, here are some of the best that can be acquired in Zombies in Spaceland.

The starting pistol for Zombies in Spaceland is one of the most underrated weapons in the entire mode. The weapon is effective right as the match begins and it’ll be the gun most players use throughout the earlier rounds.

While it may decrease in effectiveness throughout the middle rounds, once you’re able to Pack-a-Punch it, the pistol becomes Baby’s Breath, an extremely valuable tool once again. Boasting explosive rounds, Baby’s Breath has a surprisingly straight trajectory and allows the player to accurately eliminate incoming zombies from afar. Baby’s Breath can be Pack-a-Punched once again to become Fire and Brimstone, granting the player two guns, increasing their fire rate, and removing the self-inflicted splash damage.

As one of the first weapons players encounter on the wall, the M1 Grand often goes unnoticed due to its low damage, semi-automatic firing. But for just 500 points, the M1 Grand is a great pickup for less-experienced players to help them get through the early rounds of the game.

The reason this weapon makes this list is due to how accessible its ammunition is. Later in the game, ammo may become sparse and having a cheap wall weapon that can have refills purchased at will is going to increase the likelihood of a player’s survival.

Available on the wall in Polar Peak, the RPR Evo is a fantastic zombie-mowing machine. The weapon can initially be purchased for 1,250 points and allows the user to move at a fast pace while decimating hordes of the undead with its extremely fast firing rate.

The Evo has a decent ammo supply, and if players run low, they can purchase more off the wall at will. In both iterations of its Pack-a-Punch, the RPR Evo gains extra ammunition as well as damage and its fire rate increases, making this an excellent choice for players to take into the later rounds of the game.

Available through the Magic Wheel, the Mauler is one of the top choices for the later rounds on this map. Boasting a ridiculously large magazine, players will rarely be forced to reload while decimating any chasing zombies.

Once Pack-a-Punched, the Mauler becomes the Mangy Mutt, an incredibly powerful machine boasting both higher damage and a larger magazine size than its initial model. Just for overkill, you can Pack-a-Punch once again to make this gun the Rabid Pack, which boast a ridiculous 1,000+ max ammo pool as well as a 175-bullet magazine size. It’s obvious why this weapon made the list as one of the best available in Zombies in Spaceland.

The first Wonder Weapon to make our list, the Face Melter can be built by combining three parts found around Zombies in Spaceland. And once you get your hands on this gun, it’ll be obvious why it was so difficult to acquire.

The bullets from this weapon will see zombies instantly die, launching them into the air and leaving a pool of flames below. When this occurs, any nearby zombies will be lit on fire, taking damage due to the Face Melter’s effects. Once the player has completed the Easter egg and gained the alien fuse, they’ll be able to upgrade the Face Melter at the Pack-a-Punch to become the Fourth of July. This will see the Face Melter gain an effect to drop grenades on nearby enemies as they rise into the air, increasing the range of the burning effects from its base model.

Another weapon that requires the player to build it throughout the game, the Shredder is an extremely powerful tool much like other Wonder Weapons. But unlike other weapons, bullets from the Shredder will see zombies disintegrate on hit. This effect also passes over to nearby zombies, allowing players to clear waves at a time with a single bullet. Once Pack-a-Punched, the Shredder becomes the Meat Grinder, increasing the number of zombies affected by its chain-disintegrating abilities.

Likely the most unique weapon in the game, the Discord is a gun that will make enemies break out into dance before immediately dying. The weapon is extremely useful since other zombies who encounter the affected target will immediately be killed, allowing the player to block paths for zombies and create a zoning tool. When Pack-a-Punched, the number of zombies that can be killed by a single affected target is increased. But as the player gets into later rounds, it may take more than one shot to bring on the effects of this weapon.

A trending theme with these rare pistols found in Zombies in Spaceland is the ability to damage nearby enemies—and the Head Cutter is no exception. Once a zombie has been hit, they’ll freeze for a short time before immediately becoming decapitated, shooting out a display of fireworks that can damage nearby enemies. This weapon is the most effective against brutes, making it extremely valuable in the later rounds. Once Pack-a-Punched, this effect will see zombies near the initial target suffer the same decapitating effects, allowing the player to eliminate groups at a time with ease.