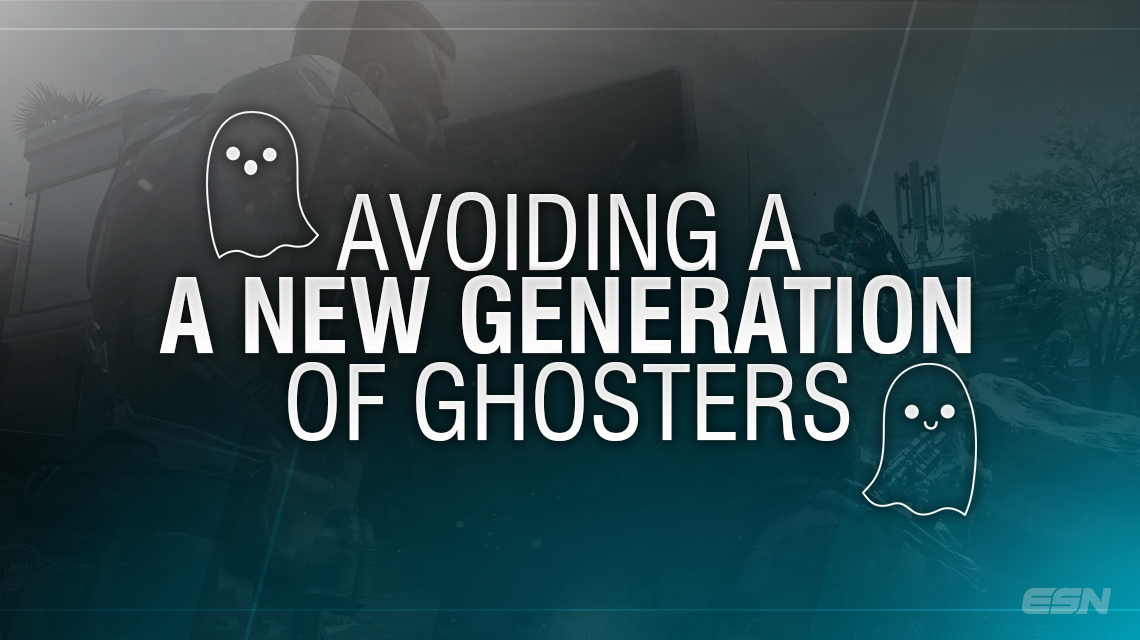 Innovative. Sledgehammer Games , in their first appearance since developing Call of Duty®: Modern Warfare 3 , brought in entirely new gameplay mechanics to Call of Duty®: Advanced Warfare . With a completely new player maneuvering system–which included the boost jump, boost dash, boost slide, and boost dodge, along with faster paced gameplay–the competitive side of the popular title saw a new wave of competitors rise to the occasion. Will they fall though in future titles?

It would be hard to argue against calling Advanced Warfare the rise of the amateur player. From the absolute start of the game, to even the final months, viewers have time and time again seen new organizations with unrecognizable rosters, come to the forefront of the competitive scene and solidify a place amongst the best in the game. MLG Columbus gave us the first taste of what it would be like to play and spectate the game for the rest of AW season, along with giving us a sneak peak of dominant rookies to come.

MLG Columbus was the inaugural tournament for Dream Team and Stunner Gaming . Both teams were able to qualify for pool play through dominating online performances, but had yet to showcase these rosters on LAN. In terms of individual performances, the raw young slayer from Carnage made his first appearance in the big leagues. After continually being mentioned by all of the casters, Cuyler “ Huke ” Garland made a name for himself as a powerful and skilled AR player.

The next tournament, UMG Orlando , was what many would call the true origin of the point in which Advanced Warfare truly became the embodiment of the rise of amateur players. Stunner Gaming–composed of Brian “ PRPLXD ” Ladd, Hamza “ VeXed ” Pirzada, and former Search and Destroy star Tommy “ TJHaly ” Haly–decided to bring in yet another amateur for the new roster and acquired Huke from a dissolving Carnage roster. The team made one of the best dark-horse stories in the history of Call of Duty as an eSport, dominating the biggest names in the scene in order to make it to the finals of the tournament before falling to OpTic Gaming.

Also in the tournament, Dream Team showed up once again, unveiling their rejuvenated roster consisting of Sam “ Octane ” Larew, Devin “ Llama ” Tran, Joey “ Stringo ” Giammatteo, and Jimmy “ Evasion ” Svetich. In the very same tournament, we saw Team Revenge put on display their new American roster, after last being seen in the previous year’s Call of Duty World Championship as a Canadian team placing seventh overall. Team Revenge would later acquire Brice “ Faccento ” Faccento, along with a rookie from Echo Gaming (also making their first appearance at UMG Orlando) in the form of Ulysses “ AquA ” Silva, and make a successful run at Call of Duty Championships 2015 , eventually claiming the number two spot within the tournament.

As a quick recap to top it all off, Stunner Gaming during the UMG Semi-Pro League ended up picking up a substitute player who goes by the name of Don “ Temp ” Laroda, also known as “The Marksman.” Temp would help the roster qualify for the league in a dominant fashion after playing for TJHaly, who at the time was playing as a substitute player for Team eLevate . Another huge amateur team was Onslaught eSports . Although originally being popular for winning consecutive MES tournaments, they eventually switched organizations to Enigma6 and had a dominant showing at UMG California , placing top-three.

Will AW’s version of “Ghosters” re-emerge in Black Ops III?

With so many new players suddenly emerging and proving successful in the professional Call of Duty circuit, a simple question emerges: Why? I see it in two ways. First, these players could be masters of radical adaptation. At no point in any other previous title has their been this big of a change to the game mechanics and competitive meta.

With major changes coming in the form of the exosuit, to minute changes in how grenades are launched, these rising players were able to adapt and conquer. However, there is a more worrisome reason that could end up seeing some players suffer the same fate as dominant Call of Duty®: Ghosts players now referred to as “ghosters”.

The term refers to players who emerged in Ghosts, but just couldn’t remain relevant going into Advanced Warfare. Now the reason why players weren’t able to adapt comes from the complete opposite end of the spectrum as to why new players were able to quickly become accustomed to new movement mechanics. Some players who showed obvious success in the Ghosts have been practicing the style of a grounded gameplay for many titles. Upon having to switch to a faster and more sporadic play-style, some players just couldn’t make the switch and keep up with the competition.

The term “Ghoster” was also predominantly used as a derogatory term. Whenever an established professional player couldn’t justify losing to a new player on the scene or a squad of not well-known players, that professional player would call the other team “Ghosters” as an excuse for their personal inability to perform. This unfledged name-calling has not translated over into Advanced Warfare, and it is a confounding task to pin-point the reason behind this. Professional players seemed more likely to take a young player like an aforementioned Huke or Temp, under their wing or pronounce them as their prodigy rather than brush them aside as a one-title wonder.

While of course this elimination of the “new players are awful” concept is a healthy change for the pro circuit, it may not be all sunshine and rainbows for these new era sensations. Although there is a feasible percent chance that, going back to my first point, players that rose in Advanced Warfare were just masters of adaptation, and could potentially therefore adapt into a grounded/semi-enhanced movement hybrid in Call of Duty®: Black Ops lll , there is another less optimistic explanation. What if there is the chance that a majority of the players were just exclusively able to master the movement mechanics?

It may be an unconventional idea to think about, but let’s take a deeper look. Black Ops III is again seeing a change of pace in terms of what physical abilities players are capable of doing. The new game in the franchise allows players a minimum thrust jump, a boost slide, as well as wall running capabilities. The dodging component, as well as the boost jump, were two elements that became almost muscle memory to players in Advanced Warfare. With those two specific types of movement taken out, the game begins to look a lot more similar to a game like Call of Duty®: Black Ops II , with the addition of a slightly higher jump, along with the aforementioned wall running. So with gameplay more similar to previous titles, how will these new breed of players adapt? The better question may be: why weren’t they able to adapt in previous titles?

Some of the players that have become so popular in Advanced Warfare have been in the community for awhile. Whether playing in the amateur community or being involved in competitive Search and Destroy tournaments, these competitors have had previous chances to make an impact as professionals but somehow were only able to bridge the gap once advanced movement was added into the game. It will be an interesting storyline to follow with the release of Black Ops lll; whether or not the rookie class will stay afloat, or join the tradition of players not being able to be relevant from title-to-title.

Do you think the new players that rose to stardom will remain on top? Let us know. Follow our Twitter – @eSportsNation to stay updated on the latest news within the competitive gaming realm.