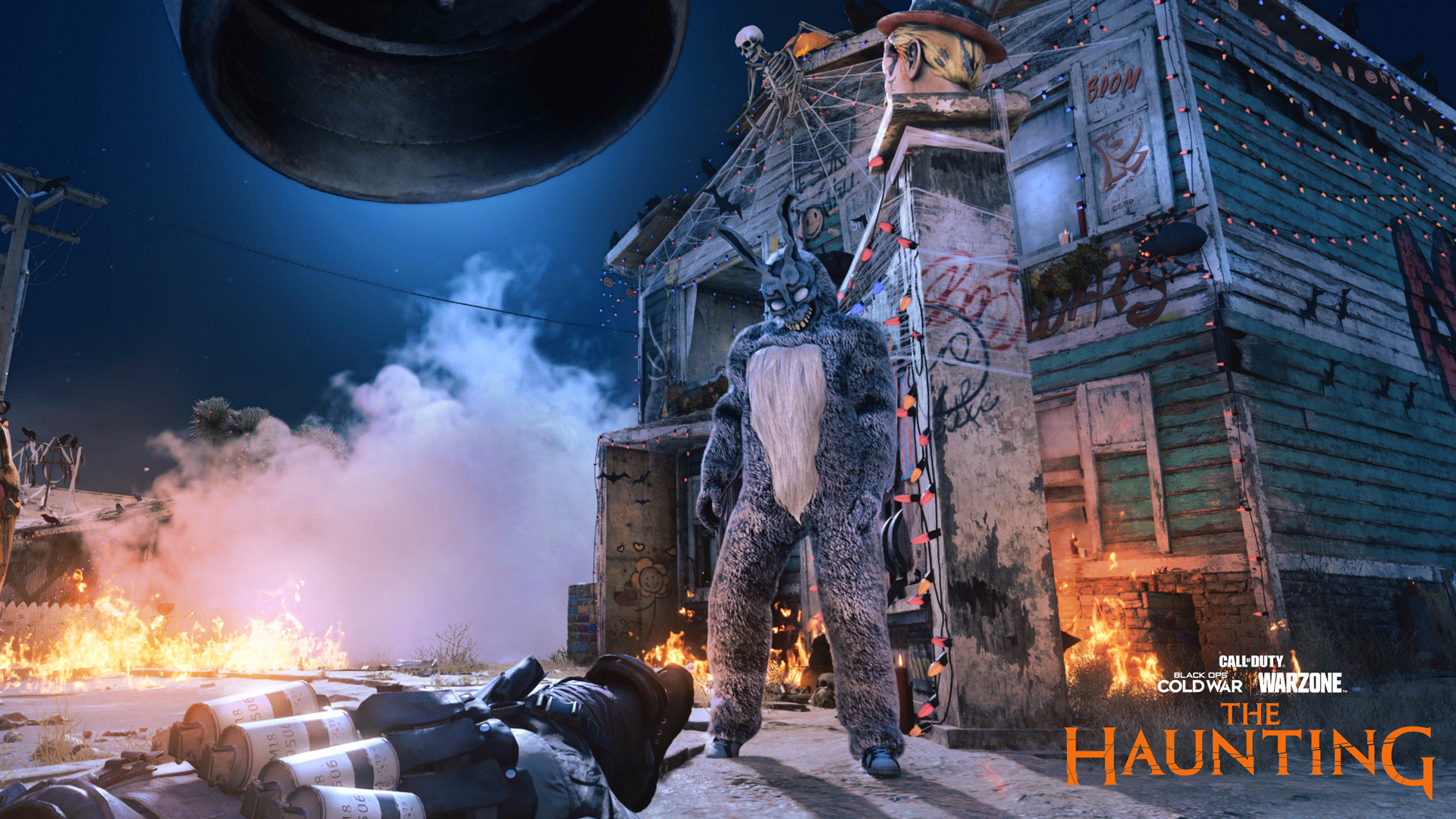 Ghostface and Frank the bunny are invading Call of Duty: Black Ops Cold War as part of The Haunting seasonal event—and they’re bringing some limited-time modes with them to multiplayer, too.

Verdansk isn’t the only setting getting the spooky treatment. Nuketown 1984 is also receiving a Halloween makeover, exclusively in Black Ops Cold War. It can be played in some of the featured modes.

There’s a lot to look forward to in The Haunting, including two new weapons and a ton of new skins, Ghostface and Frank from Donnie Darko included. But the limited-time modes won’t be back once the event comes to an end.

There are three special game modes in Black Ops Cold War during The Haunting event in 2021: Infected, Prop Hunt Halloween, and Scream Deathmatch. Their descriptions (via Activision) can be found below.