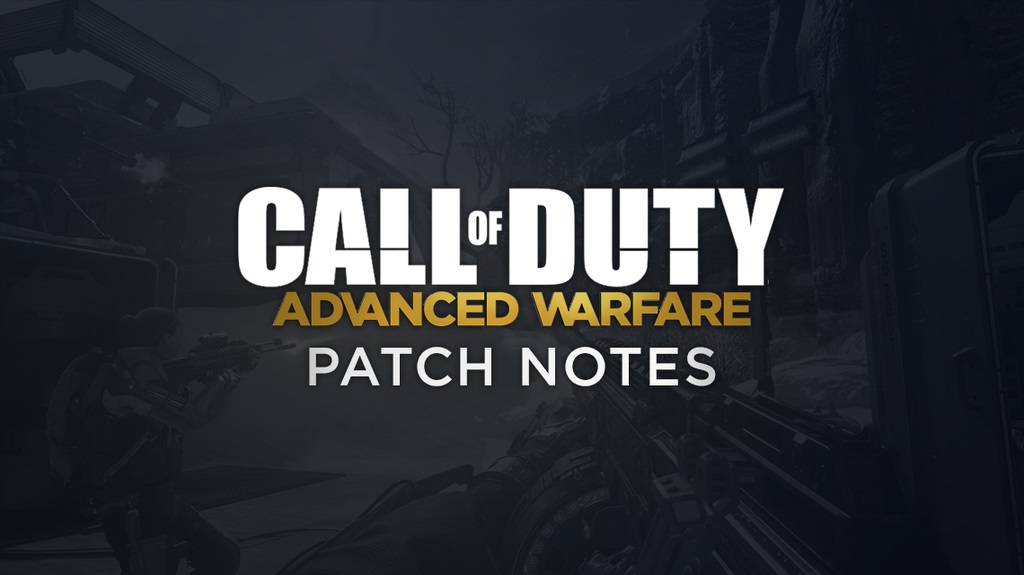 A 605 MB update was released by Sledgehammer Games this morning for Call of Duty: Advanced Warfare featuring major changes in the spawn system, weapon balancing, exploits in maps, ranked playlist, and others.

A few weeks ago the BAL-27 was nerfed on the Xbox 360 and Playstation 3 versions of the game. Now they have released it for Next-Generation Consoles. When you start up your game today, you will be prompted to update the game in order to play online. Today marks the one month anniversary for Advanced Warfare and the first major update to hit the game. Some of these changes are specifically made for Xbox One, PS4, and PC and will make its way to Xbox 360 and PS3 at a later date that is unannounced. We will be covering the main points that will be affecting Call of Duty eSports as a whole. Security and Anti-Cheat Updates Over the course of the past few weeks, players on next-gen consoles have been experiencing some players having classes which gave you unlimited UAV, silent footsteps, and ping. This allows for all of that to be terminated and have players have a fair game against one another, especially in big online tournaments such as the 10k before Columbus which there were few instances where players were using these “mods”. eSports Settings Changes You may be thinking, what’s the difference with this? Well in Hardpoint and Uplink there was originally no respawn delay which made these game modes seem sporadic and random. Before you would have to manually add the respawn delays, but now the eSports rules have been updated and allow you not to have to manually fix them anymore. For most, this playlist is the go to for competitive Call of Duty for everyone. This patch brings the rules to a more relative area to what pros and ams play while scrimmaging and at LAN events. The patch brung bans to multiple things such as scorestreaks like UAV, Care Package, and System Hack which was overly used in this playlist. Players will be happy with SHGames for their effort on the Ranked Playlist. Weapon Balancing Updates (Note: Adjustments affect the base weapon and all loot variants) As this is the most important part of the patch for all players, many will be disappointed by some of the other buffs added to guns. The BAL-27, gun a choice for a good chunk of the community, has received a recoil adjustment which adds little kick to the gun. Most of the other guns gained strength and some lost, but mainly this was for the BAL-27 to be not as overpowered. Game Mode Specific Updates (Note: Adjusted score amounts for various events and objective modes.) Last but not least, here are the few fixes they added into the competitive game modes. We saw some instances in Hardpoint where a team would go all down and spawn on top of each other to end up getting wiped out again. The patch fixes this to add more spawn points in order to make it easier to control maps, same thing with Capture the Flag. There were times where players would spawn right up on their own flag while the opposing team had complete map control and make them lose it instantly.

Do you guys like the new patch that Sledgehammer Games is rolling out? Let us know. Be sure to follow us on twitter for breaking news in the gaming and eSports industries. Twitter – @eSportsNation