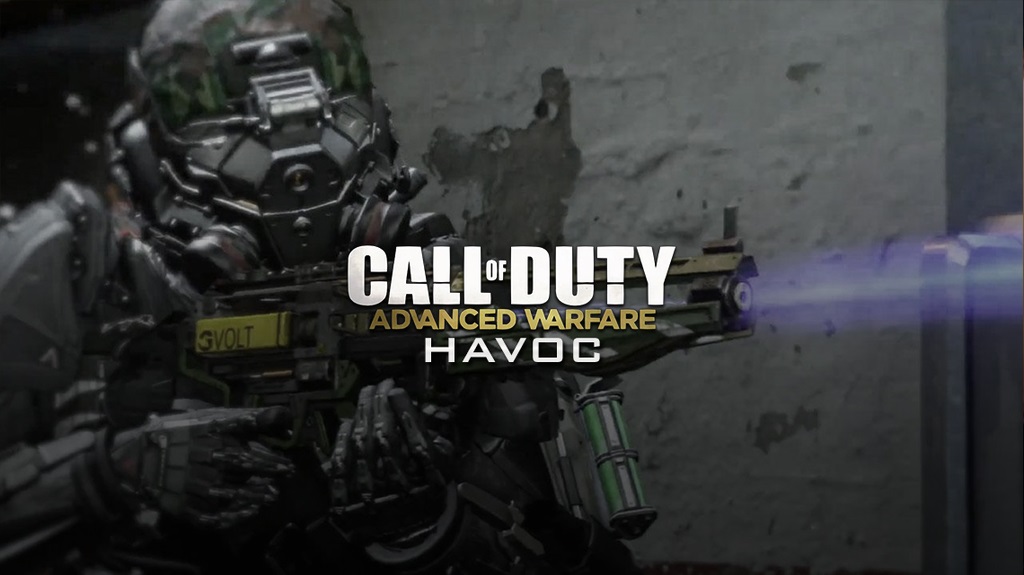 A new trailer has surfaced today, giving more details to the first installment of downloadable content for Advanced Warfare set to release on Jan. 27. The “Havoc” DLC pack includes four new multiplayer maps, a new weapon and weapon variant, as well as the first chapter of the Exo-Zombies saga.

https://www.youtube.com/watch?v=wKMHQc_GhBg This is the first set of DLC for Advanced Warfare and is coming at the perfect time for gamers eager to try new things. Sledgehammer Games is hard at work trying to keep Advanced Warfare current and exciting for its fans. During Call of Duty: Ghosts’ lifespan, a very noticeable drop in online players occurred throughout the year due to lack of improvements to the game and less add-ons. The introduction of the “One Shot” sniper playlist was crucial in pleasing a large majority of players in the game that enjoy sniping. Last week, they began the first season of Ranked Play and brought thousands of players back online. It’s important to continue to introduce new playlists and content for fans of the game to come back and continue to play. The Havoc DLC pack will continue their trend of adding new and exciting additions to the game. For more casual gamers, they will get to experience brand new multiplayer maps, as well as a brand new gamemode in Exo-Zombies. While this doesn’t necessarily have any impact on eSports, it is important to continue to make the game relevant and fun.

*These are the descriptions straight from the Call of Duty website.

Core Deploy to the Gobi desert where the ravaged ruins of a nuclear fusion plant set the stage for a high-octane warzone. Take down enemies through the wreckage in long-range combat or get up-close and personal in the tunnels surrounding the central turbine. Activate decontamination drones using the map-based scorestreak. Urban Prepare yourself for brutal, high-speed combat in Dallas Ward 3, a future mega structure, funneling players into a close-quarters free-for-all. This modular compound’s verticality unleashes the exoskeleton’s capabilities. Stay focused during the timed event as blast doors alter the map’s flow and sightlines.o help clean out the competition Sideshow In the shadow of Devil’s Tower, Wyoming, this abandoned motel’s open layout amplifies its creep factor. Blast your way through the clown inn with close-quarters battles or use long-range site-lines from the mining facilities and natural terrain. Use the map-based scorestreak to activate the lights, music, and magic of the clown marquee and rain down a barrage of rainbow smoke-trailed cannonballs. Drift An idyllic ski resort high in the Rocky Mountains is transformed into a festive high-altitude playground, perfect for an all-out firefight. Make your way to the highly contested overwatch position in the glass observation deck or take a ride on the carousel to deliver 360 degrees of carnage. Players can use the map-altering timed event to their advantage as an avalanche of snow and debris disorients players, intensifying the battle.

Exo Zombies Get ready for a new breed of Zombies. A DNA bioweapon unexpectedly spawns a bloodthirsty, ravenous mutant horde infecting an entire secret Atlas research facility and sending personnel running for their lives. Following a failed evacuation, four survivors, un-trained and underprepared, must face the most vicious mutations ever unleashed. Bonus Weapons DLC owners get access to the Havoc DLC Pack bonus weapons. The AE4 directed energy assault rifle and its custom weapon variant, the AE4 Widowmaker, combine a versatile firing mechanism with all-around movement speed and handling. — Will you guys be purchasing the new DLC on the 27th? Let us know! Be sure to follow us on twitter for breaking news in the gaming and eSports industries. Twitter – @eSportsNation