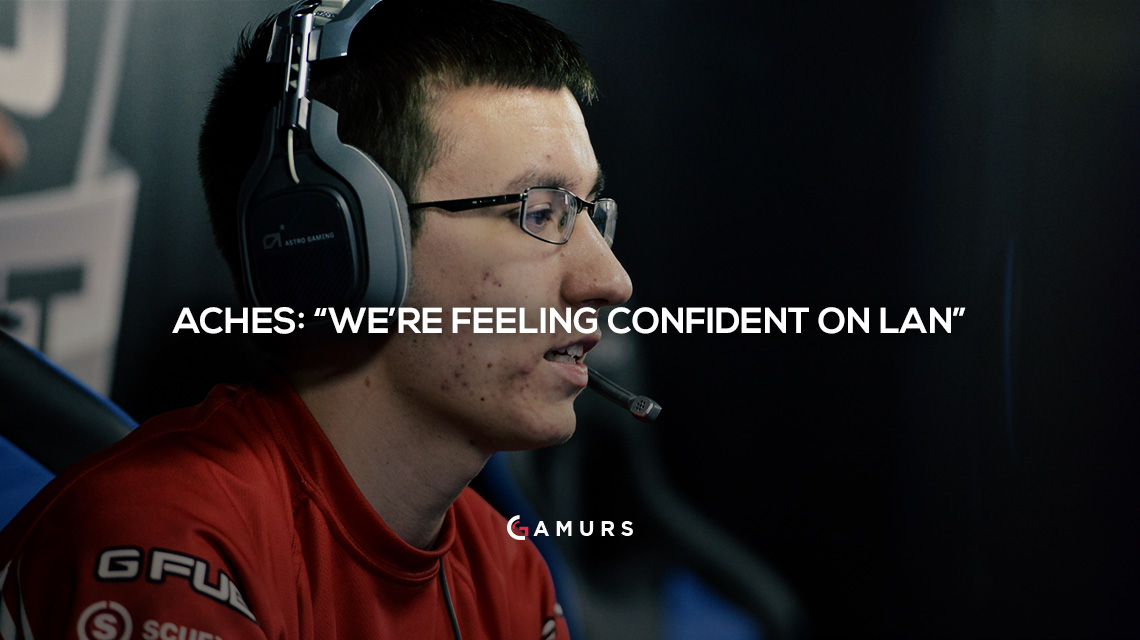 Cloud9 just wrapped up their final match of group play in their first LAN event for Call of Duty®: Infinite Warfare. At MLG Vegas, Cloud9 was placed into Group C to compete against Echo Fox, Team Kaliber and Splyce. With a roster consisting of Patrick “ACHES” Price, Andres “Lacefield” Lacefield, Richard “Ricky” Stacy and Adam “Assault” Garcia, Cloud9 was expected to contend for the top spot in their group, which is exactly what they have done.

Cloud9 began their tournament with a 3-2 loss against Team Kaliber, but quickly bounced back with 3-2 wins of their own against Echo Fox and Splyce. This gives Cloud9 a 2-1 record in group play, and gives them an opportunity to take the top spot in the group, barring any strange tie-breaker rules.

With their 2-1 record, ACHES is happy with how Infinite Warfare has played on LAN, compared to online, where his team struggles due to having four players spread out throughout the United States.

“LAN feels really good, compared to online,” ACHES said. “Online has always been a struggle for us, so when we get to LAN, we really get to see our potential.”

ACHES isn’t lying when he says that his team feels good on LAN, as they were able to jump out to a 2-0 lead in all three matches that they played. But, when they got to the Uplink map, C9 struggled and started to lose momentum from their previous map wins.

“We come out with such fire and go up 2-0, but then we get to Uplink, and Uplink has always been our weakest game mode, even in Black Ops III,” ACHES said. “We get distracted and lose momentum, so we feel like we beat ourselves more than we got beat. We’re definitely going to work on our Uplink, and work on keeping momentum going into game three.”

Despite their struggles in Uplink, C9 was still able to clutch up in game fives against Echo Fox and Splyce to prevent being reverse swept. Ideally, C9 will be one of the two teams to advance out of group play; as such, ACHES knows exactly which teams he wants to face off against later in the tournament.

“I definitely want to play OpTic somewhere in the bracket, but I’d really like to play Evil Geniuses and EnVyUs as well,” ACHES said. “There’s a lot of storied matchups there, but with EnVyUs, we want to get our rematch from when we were up 2-0 in pool play at champs. Evil Geniuses is a new team that thinks they’re hot, and we want to shut them down, especially since they’re on my old team brand.”

Now that all of their pool play matches are complete, ACHES and C9 plan to take full advantage of their break in order to gear up for bracket play.

“We’re going to get some food and then we’re definitely going to work on Uplink,” ACHES said. “We’ve tried some different things, but they just aren’t working. Uplink is just one of our modes where our pace is off, and we’re hurting each other. We have three or four hours until our next match, so hopefully we can figure that out and move on to the bracket with good Uplink play.”

If Cloud9 can figure out their Uplink play, they could definitely be considered one of the favorites to take home this event.

Do you think Cloud9 can take home the trophy at Vegas? Let us know by commenting below or tweeting us @GAMURScom.