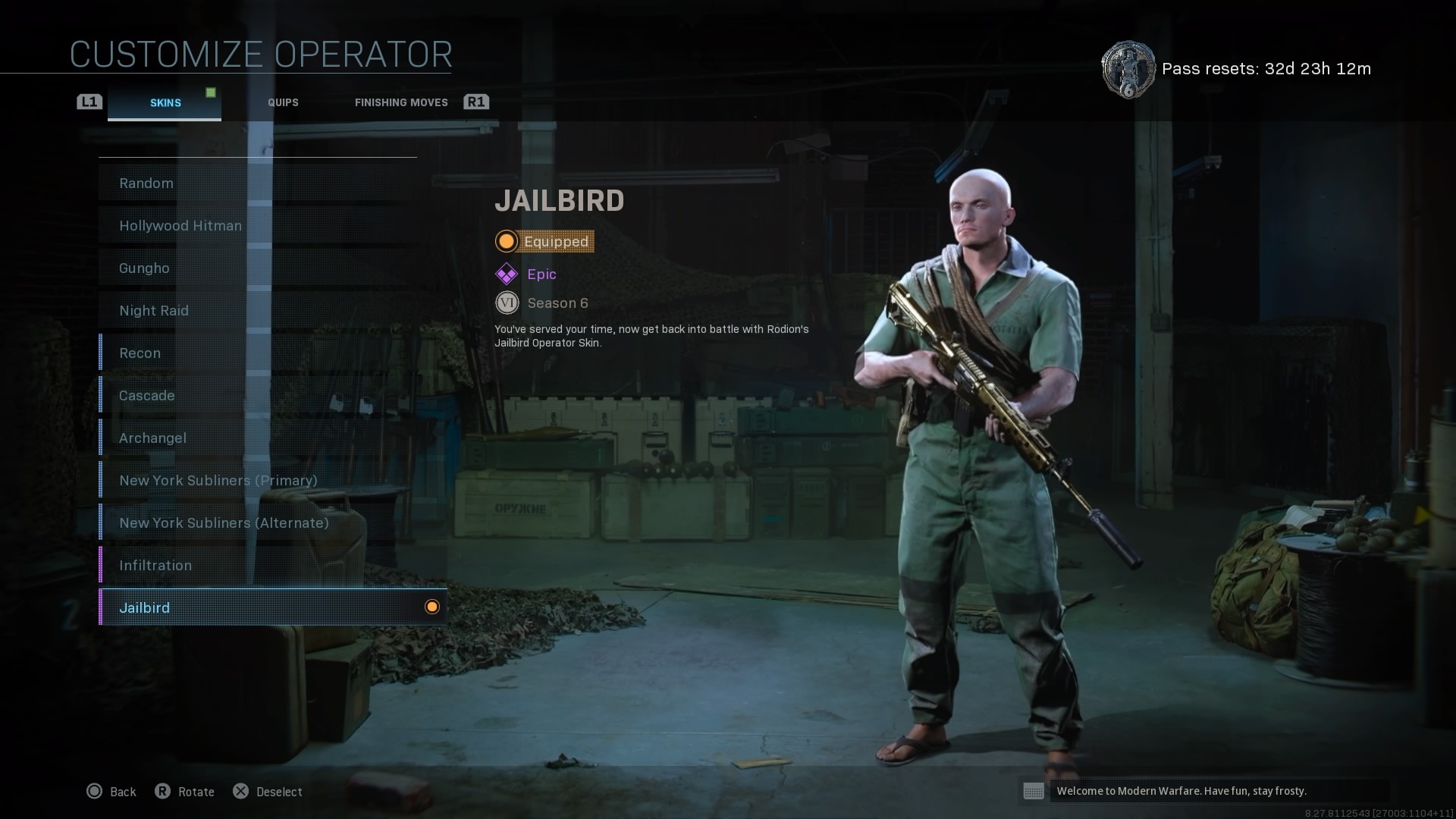 The new Combat Pack for season six of Call of Duty: Warzone is now live and free for PlayStation Plus users.

The latest in the line of free cosmetic packs for PS4 Warzone players features a prison jumpsuit skin for Rodion, and a number of other cosmetics, on top of a 60-minute double XP token.

Since season two, each season of Modern Warfare has had a celebratory cosmetic pack exclusive for PlayStation users as part of Activision’s partnership with Sony. The business deal also includes timed exclusivity on things like Survival mode in Spec Ops.

The pack can be found by navigating here or by searching for “Combat Pack” on the PlayStation Store on PS4. The pack is exclusive to PS Plus until Dec. 1.

The full list of included items in the season six Combat Pack can be found below: