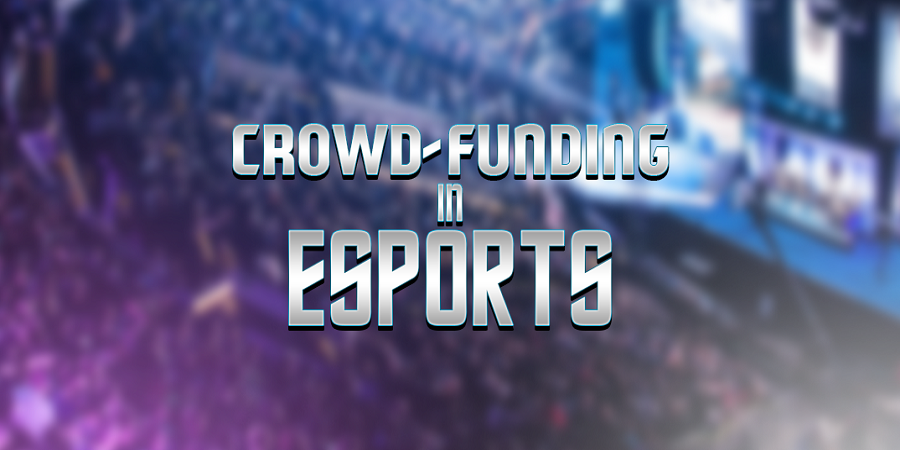 Major League Gaming has been running tournaments for years now with pre-set prize pools. With the addition of Pro Points, the incentives for a decent tournament placing increased, but most tournaments only feature a $30,000 payout to the tournament winners. Of course, this amount of cash is better than nothing, but the money is split amongst 4 players, making the individual prize closer to $7,000. Again, this is decent money and has made competitive gaming a valid career option for many players due to the fact that major LAN tournaments are held every few weeks around the world.

These payouts pale in comparison to the largest tournament pool offered on a yearly basis, $1 million for the tournament hosted by Activision and Xbox, the Call of Duty Championship. The winning team takes home $400,000 and the 8th place team makes $25,000, the average winnings of a 1st place finish in any other tournament.

This year, however, MLG has announced the very first MLG World Championship. This will be the largest tournament hosted by the organization and will feature a $250,000 prize pool. Players will qualify via Pro Points earned in competition in North America, Europe, and Australia. while an open tournament will also be used to fill the rest of the bracket. The MLG World Championship will be played from October 16th-18th, though the location has yet to be disclosed.

The tournament will be played at the very end of the Advanced Warfare season and will likely be a yearly event from this point forward. A $250,000 prize pool is fantastic, but it pales in comparison to the million dollar Call of Duty Championship held earlier in the year. An idea brought up by several competitive Call of Duty fans has received attention from MLG representatives and has the potential to make the tournament much more interesting: a crowd-funded prize pool. Could this be what Clayster was hinting at in the tweet above?

A crowd-funded Call of Duty tournament is unprecedented in the eSport, but it is not a new concept overall. The popular MOBA eSport, DOTA, used crowd-funding to generate the largest prize pool offered in eSports to date: $10 million for the DOTA 2 International in the summer of 2014. That tournament broke the record it set the year before of nearly $3 million and exceeded the prize pool of many other competitive competitions including the Super Bowl and the Masters Golf Tournament.

Could a crowd-funded Call of Duty tournament raise that much money? Probably not, but it would surely make the MLG World Championship much more interesting. Teams will compete either way, but the community involvement would skyrocket if crowd-funding was implemented properly. DOTA used packs of in-game items that could be purchased, where a percentage of the cost went to the prize pool. Similarly, Call of Duty could use their Advanced Supply Drops to do the same. This would involve both the competitive player as well as the casual gamers who do not regularly follow the professional Call of Duty circuit.

Call of Duty has the unique advantage over PC eSports in that the game is played over a variety of systems: Xbox 360, Xbox One, Playstation 3 and 4, and PC. The competitive players only play on the Xbox One, but millions play the newest title every day across all of the platforms, and titles from previous years remain quite popular as well. Crowd-funding across all platforms and titles does not seem logical because the MLG World Championship will only be played on the Xbox One, but it has the potential to raise awareness toward the competitive scene. MLG does host prized online tournaments across each platform anyway.

The main roadblock here is that MLG is not directly associated with Xbox, Playstation, or Activision. The giant companies have no part in the MLG World Championship, though they do rely on MLG to host the online qualifier tournaments leading up to the Call of Duty Championship earlier in the year. MLG would basically be taking profit from the Call of Duty makers if Advanced Supply Drops are used as a crowd-funding source. What would be in it for them at the MLG World Championship? Not much. The people interested in the tournament are already playing Call of Duty most likely, so it doesn’t seem reasonable to rely on in-game crowd-funding to raise money for the tournament, unless a new set of purchasable items are made available due to a collaboration between MLG, Activision, and Sledgehammer (Advanced Warfare’s developer).

In a reddit post, one user started a poll to see how much money the average CoDCompetitive subreddit visitor would donate toward the MLG World Championship. Besides the outliers who said they would each donate thousands of dollars (though some people like this do exist), the rest of the community averaged a $20 donation toward the cause. MLG’s Adam Apicella commented on the post, saying that he will see what he can do. He also said that people putting money toward the tournament would have to receive something in return, no handouts. Maybe he is in fact hinting at the Advanced Supply Drops or something similar being used as a source!

A crowd-funded event would be spectacular, as it involves the community in a unique way. Call of Duty has never done this before, but it’s looking to be much more likely. The MLG World Championship is not scheduled to be held until October, but if crowd-funding is going to be used it would need to be put into effect sooner rather than later. We will all have to keep an eye out for potential announcements!