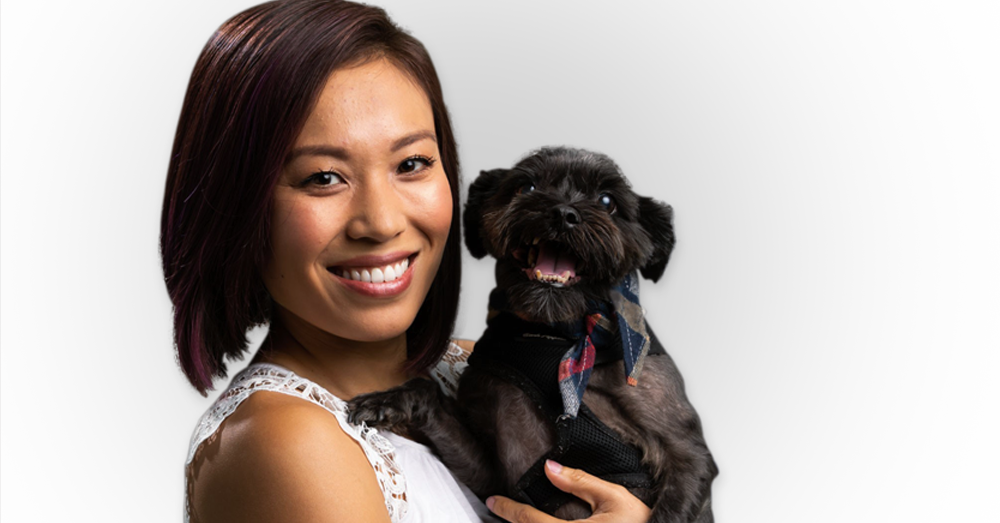 Nancy Chou is responsible for overseeing Blizzard’s yearly esports presentation at BlizzCon. A lifelong Blizzard fan—she has attended 10 BlizzCons over the years—Chou started her career as a dental hygienist before moving into operations and product management. It may sound like an unconventional pathway into esports (and it is!) but Chou leveraged her experience outside esports to influence her impact on the industry.

Transferable skills are everywhere, even in Chou’s former side business of creating dog products.

“There was a lot of learning from [the products],” Chou said. “I did that in my free time. It kind of summed up my love of dogs and products at the time. I really wanted to see where I wanted to end up. But being such a Blizzard fan, I knew I wanted to be at Blizzard. That’s how I identified that I wanted to be there. I wanted to think about what transferable skills I could work on to carry over to being at Blizzard.”

For Dot Esports’ Women of Esports series, Chou told us about her involvement in esports at Blizzard.

What’s your job at Blizzard Entertainment?

I work at Blizzard as one of the product managers on the esports team, where my primary focus is BlizzCon. This role specifically is really special to me because of the path it’s taken for me to get here, having attended almost every BlizzCon to date, since I’m a huge fan of Blizzard.

Just going back a little bit, BlizzCon is an amazing event that celebrates all things Blizzard, and esports is a huge part of it. Over the years, it’s gone from a few franchises over a few days to expand to this year. We had five franchises along with opening week. My role specifically is to drive the success of esports at BlizzCon by championing the needs of the program. Every day really is different. I will just describe to you what it feels like on day one at BlizzCon, for example.

It’s really remarkable to see everything unfold. On day one, we all wake up early. What’s amazing at BlizzCon is that the whole company is involved to make it as amazing as it is. We are all really excited, despite the early wake up time, to collaborate and get together. We sit down and talk about what’s going to unfold during the day. We’re excited because we are ready go. We’ve been working on throughout the last year.

This year, what was really special for me was that before the doors open I got to go up to the third floor of the Anaheim Convention Center and look over the thousands of people lined up at the doors ready to come in. When the time came to open the doors, I was standing out front. I just saw the rush of people and I was so proud of that moment.

Throughout this show, of course there is plenty to do, but my team is really gracious enough to allow some time for me to watch some of my favorite parts of the show. Opening ceremonies was one of them and the Overwatch World Cup Finals was amazing to me as well. The esports portion of the opening ceremonies—I don’t know if you’ve had a chance to see it—was such a labor of love. And the Overwatch World Cup Finals… definitely an unexpected match. It was awesome to see.

How do you deal with problems that come up during BlizzCon?

With anything at work or at an event, there’s a lot of unforeseen circumstances and challenges that may come up. What’s great about BlizzCon specifically is we all, not only as a team, but across departments, always work to alleviate these obstacles and challenges. I don’t really have a specific story, but I know the end result is always that we collaborate to resolve it. That’s kinda the gist of it.

What does into off-season planning for BlizzCon?

When it comes to BlizzCon specifically, it’s such a beast of an event. We have a commitment to quality, that’s one of our core values. At the end of this though, we always make sure that we evaluate how everything went. We do spend quite a bit of time doing that. Because this is my primary focus, it is a all year round job. We do do quite a bit of planning across, not only Esports, but the departments to make sure the following year or whenever the next event is, it’s amazing as it can be.

What’s your career trajectory? How did you get here?

My esports career started actually when I was a lot younger before I could start working. I fell in love with Blizzard when I first played the original Diablo at home with my brother. We only had one computer in the house, so we always fought over it. But this is actually how I discovered Blizzard.

I was always a gamer growing up, but of course naturally, being creative and loving games, I graduated and became a dental hygienist. I was a dental hygienist for about ten years. During that time I do think I learned quite a bit, but I knew that wasn’t where I ultimately wanted to be. Like you, I loved dogs, so in my free time, I started a company where I manufactured consumer products for dogs, actually.

It was a really fun project. There was a lot of learning from that. I did that in my free time. It kind of summed up my love of dogs and products at the time. I really wanted to see where I wanted to end up. Being such a Blizzard fan, I knew I wanted to be at Blizzard. That’s how I identified that I wanted to be there. I wanted to think about what transferable skills I could work on to carry over to being at Blizzard.

From dental hygiene, I went from directly seeing patients to going into operations. I ended up managing a few of the offices, and from there I transferred into operation management for a startup. It was an esports startup.

There was a position that was opened up at Blizzard on the consumer product team at the time. It seemed like a pretty good fit, considering that, of course, I loved Blizzard, and I had a bit of a consumer product background from the little side thing that I started. I was on that team for about a year and a half. After being there, one of my last programs that I got to work on was actually the Overwatch League. After I finished that up, I transitioned over to our esports team and that’s where I’m at today.

It’s really neat to hear about your trajectory. You had your dream and you got there.

Sometimes I have to pinch myself. I know it sounds so cliché, but it’s really amazing being here.

I’ve been to almost every BlizzCon. I’ve been to 10 of them, actually. Of those 10, three of them I worked as a employee and this is my first one to be able to lead the esports portion. I think that’s really important because I still remember one of my first BlizzCons when I was just a fan. I was waiting in line for a demo station just like everyone else, just in awe of what Blizzard stood for, what BlizzCon stood for. At the time, StarCraft was one of our biggest esports. I was really drawn into that then. Here we are now. I think it’s really amazing and important because it kind of shows it’s possible to end up doing what you love.

As a woman in this field, why do you think it’s important for differing voices to be involved in esports?

I do think it’s important. When people think about esports, they primarily think about the public figures, like the players, the talent, the spokespeople. In general, we have a long way to go to fill that gap, but it’s really encouraging to see how much growth we’ve seen over the years. Esports didn’t exist that much when I was younger. It’s amazing to see such great strides in women in esports. We have role models for young women who might want to try to be in esports.

At the end of the day, I really think it’s about women empowering women. There are so many opportunities out there. It’s really  great that we can take these role models for young women who may want to be in esports when they grow up. Highlighting women in esports is really important, just to get the information out there and understand that we are here. There are a lot of career opportunities for women.

Last question: Do you have a favorite esport at Blizzard?

Being primarily an FPS girl all my like, Overwatch esports is at the top of my life. Overwatch League has done so many amazing things for the esports community. I love the Overwatch World Cup at BlizzCon, specifically.