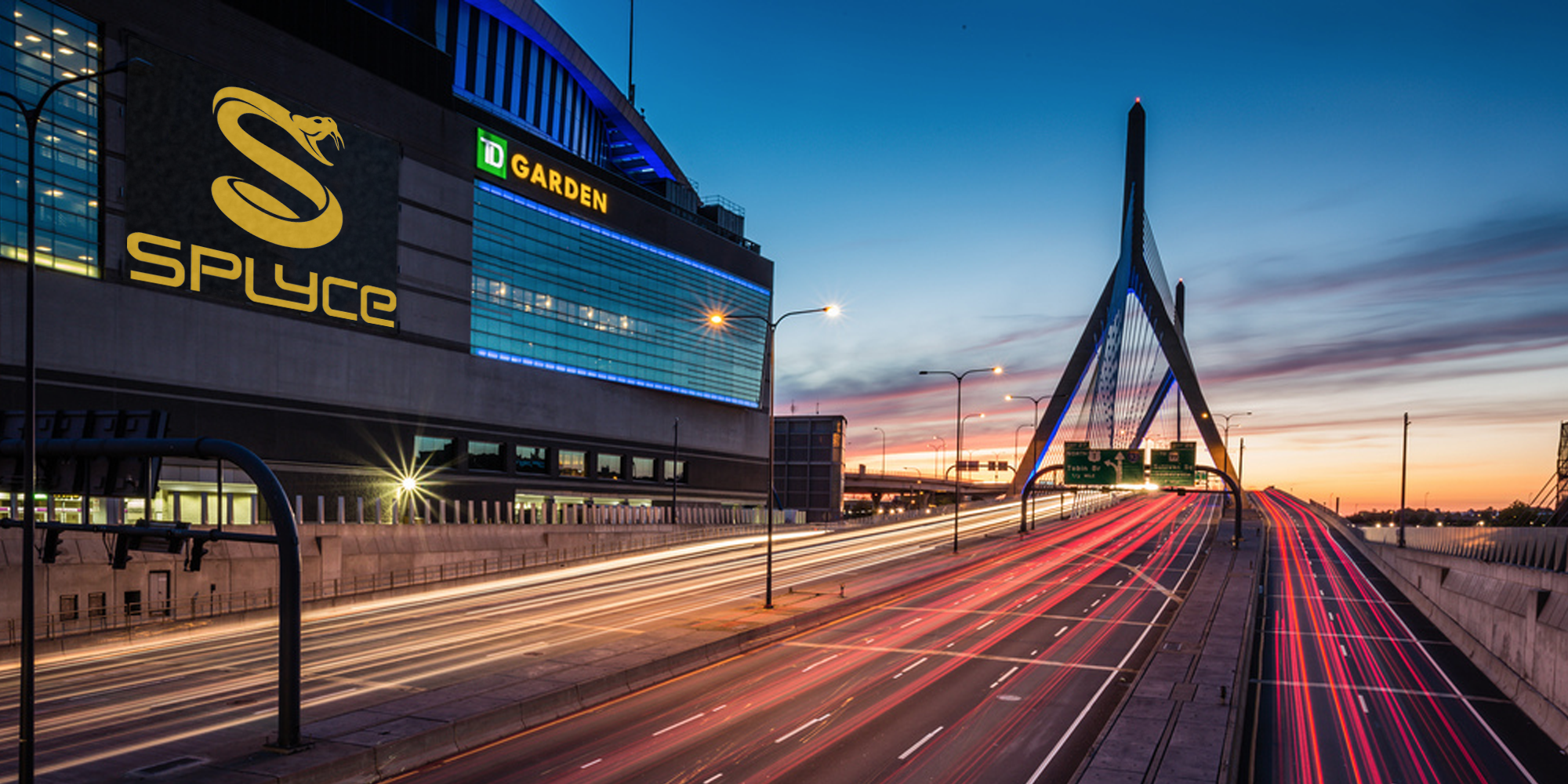 Photo via Robbie Shade/Flickr (CC by 2.0) | Remix by William Copus

There’s an easy way to tell when a Boston sports team is playing in town: What colors are washed over the MBTA train system? On Wednesday, on my way to meet Splyce CEO Marty Strenczewilk at TD Garden, the Red Line is dotted with green and white. Switching to the Green Line at Park Street and the forest of color is more apparent. At each stop before hitting North Station—which is, essentially, the entrance to TD Garden—it becomes continuously obvious: The Celtics are playing.

As it turns out, the Celtics, the team that Renegades owner Jonas Jerebko plays for, are taking on the Philadelphia 76ers, which acquired Team Dignitas last year, in the TD Garden, owned by Delaware North, which is newly invested in Splyce.

Splyce and Delaware North announced their partnership on Feb. 9, just less than a week before Strenczewilk and I met. And as with anything in esports, things are moving fast, but Strenczewilk doesn’t expect it to stay that way. The Bruins aren’t going to push esports on its fans, and Splyce isn’t about to start pushing hockey onto its audience. The involvement between brands—and I mean all of Delaware North’s brands, which span from hotels to parks—isn’t going to be forced; instead, they’re willing to play the long game to encourage organic growth.

We’re not going to see the T filled with Splyce fans donning yellow and black next week. But in a few years? Strenczewilk thinks so.

Strenczewilk and I meet in front of the Bruins ticket counter. (Delaware North chairman Jeremy Jacobs also owns the Boston Bruins, which also plays at TD Garden.) The Splyce CEO spent nearly eight hours in meetings with Delaware North and Bruins executives, planning for the future of their Splyce partnership. Strenczewilk points us toward an empty bench in front of the McDonald’s inside North Station. ‘This work?”

“What it looks like 10 years from now, not six months from now, is hopefully no different than when the Celtics and the Bruins are playing here,” Strenczewilk said. “Splyce will be just another team that’s part of the local Boston sports community.”

Delaware North has been researching esports for almost two years now, partially led by its chief marketing officer Todd Merry, a self-described “huge gamer and esports fan.” “It’s funny, looking back 24 months, the first esports meeting looks like it was written on tablets,” Merry said when we spoke on Feb. 9. “So much has changed in two years. Even in a year. We’ve been getting into the business side of it in the last 12 months and unwound what makes esports work as a business.”

That’s when Splyce got involved. Mutual colleagues first brought up a potential collaboration, as both companies are headquartered in upstate New York. From there, the partnership fell into place. “I wish I could tell you this great story,” Merry added. “It was just really coincidental.”

Strenczewilk said that another sports organization was interested in Splyce, but didn’t specify which. Regardless, Delaware North was the right fit. “[Merry] and I joke like we’re old esports buddies, but yet he’s one of the highest ranking people at [Delaware North,]” Strenczewilk said. “It’s so rare to have this happen. That was a big part of developing the relationship because he was excited because he loves esports.”

Merry, however, is a Dota 2 guy, though he’s hesitant to admit it since Splyce doesn’t field a Dota 2 team (according to him, they never will, but he’ll never stop advocating for it). For now, Merry and Strenczewilk are busy with the 10 teams Splyce already supports—League of Legends, Counter-Strike: Global Offensive, Call of Duty, Gears of War, StarCraft 2, Overwatch, Halo, Super Smash Bros., and World of Warcraft.

Not all of Splyce’s teams will find their homes in Boston, but some will. That likely includes Overwatch, considering Blizzard’s push toward geographically connected teams for its upcoming Overwatch League. Of course, Blizzard hasn’t released much information publicly on the Overwatch League, but it’s safe to say that bidding for locations and teams connected to those locations will start soon: After all, it’s supposed to begin this year.

Splyce is certainly interested in the Overwatch League, Strenczewilk said, but there’s just not enough publicly available to guarantee anything. “I went to BlizzCon last year,” Merry said. “I attended the meetings around Overwatch League. Blizzard is made up of very smart people, obviously, but I think they’re leaning in to what has been known from sports teams for 100 years, which is that fans want to root for their local teams.”

Overwatch is just the first game to latch onto the location-based team structure, but more games are expected to move in that direction. There has to be an ecosystem to support a league consisting of location-based teams, however. Splyce is looking to integrate its teams into Boston early, before league structures come to fruition. One of its first moves will be bringing its newly acquired Overwatch team to Massachusetts for a bootcamp in the coming weeks.

They’ll stay at Delaware North’s Sea Crest Beach Hotel in Falmouth, MA, right on Cape Cod. And it’s not some lobster shack with few beds in the back. Sea Crest Beach Hotel is a luxury resort with multiple pools, restaurants, and in-room fireplaces. Splyce’s Overwatch boys will be living good. And it’s not like Splyce is just feeding off Delaware North resources. It’s winter. Vacationers don’t go to the Cape in the winter. This is a way to bring folks out there, maybe. Not necessarily this visit, but in the future—when the organization grows.

Delaware North is invested in TD Garden and hotels, casinos, parks, and restaurants. Proclivity to invest in all these different aspects of business sets Delaware North out against other sports franchises involved in esports. They’re got an incredible wealth of resources to offer—and Splyce wants to be involved in all of them.

A few hours drive south of Boston, the guys on Splyce’s Overwatch team will have a chance to embed themselves within the city’s esports scene while staying on the Cape. (There are a lot of colleges in Boston and the surrounding area, meaning there’s lots of college-aged esports fans.) Small scale events at both the Sea Crest Beach Hotel and in Boston are likely during the bootcamp, Merry said. “Stuff like, ‘Hey, fans! Win a chance to see a hockey game with the Overwatch team,” Strenczewilk added. “Maybe they’ll be playing friendlies at the local arcade. That’s the thing we’re starting to think about.”

Even if five fans come out to these events (which, at the time of writing, have not been ironed out yet) Strenczewilk will be happy. That’s five more Splyce fans than the team had before. “It’s about planting a seed so that when we do bring an event here, however many months down the road, there’s already 5,000 people who can’t wait for it,” Strenczewilk said.

But there’ll also be 5,000 fans who are horrified by the partnership, but that’s okay, too. Boston sports are polarizing. Whether it’s the Bruins, Celtics, or the Red Sox, there is no inbetween in regards to love and hate. Bringing that passion into esports is what ensures its long-term success. “What’s really cool is that I’ve got a lot of interaction with people going, ‘Oh, I’m now a Splyce fan because I’m a Bruins fan,’ or ‘Or now I hate Splyce because I like a Bruins rival.’”

Even that sort of hate is part of Splyce’s growing story to embed esports in a sports-centric city.