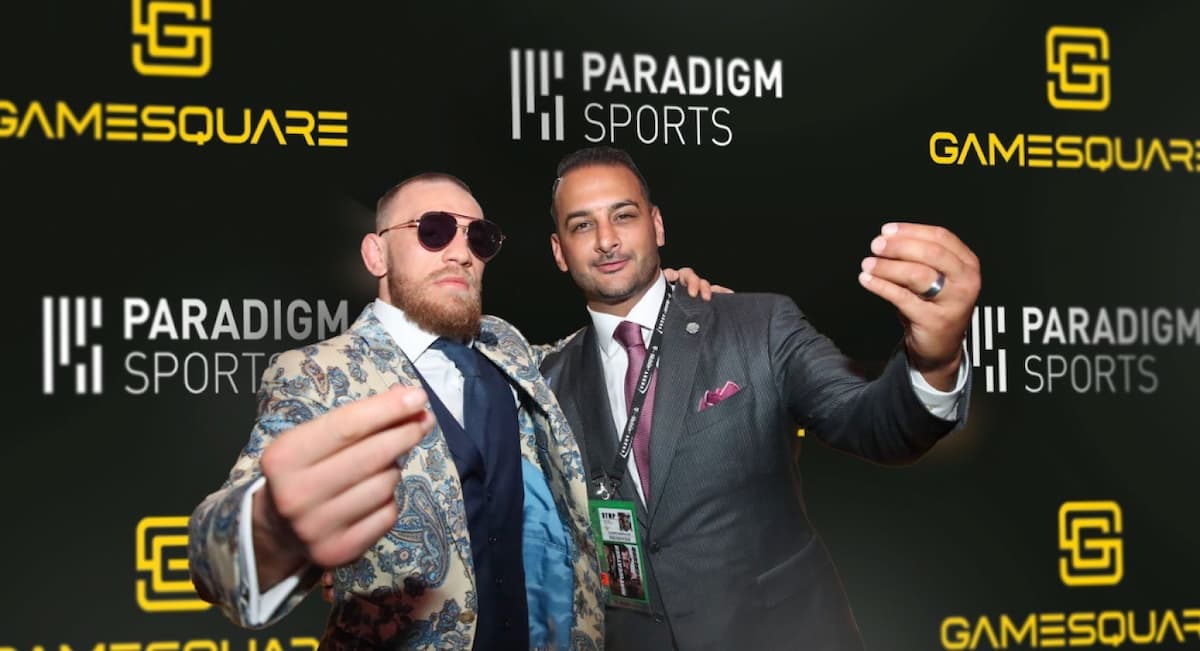 Paradigm, led by CEO Audie Attar, and its most notable clients like decorated combat sports star Conor McGregor join a growing board of advisors from diverse backgrounds alongside the likes of skateboarding legend Tony Hawk and “The Wolf of Wall Street” Jordan Belfort.

“Paradigm Sports is a great company led by incredible people,” CEO of GameSquare. Justin Kenna said “GameSquare is fortunate to have added the team to our advisor roster who are leading Paradigm Sports with some incredibly innovative work that puts their family of talent at the forefront of business. Their mantra of pushing to do what is best, and most profitable, for their families, their teammates, and their clients resonates strongly with all of us at GameSquare as we are building a global esports organization.”

Kenna noted that Paradigm’s business is a great fit for GameSquare as both operate with a commitment to success and pushing the boundaries of traditional sports, business, and media. This partnership looks to use that drive and the expertise from both parties to drive the accelerated growth of esports.

“I am very excited by Paradigm Sports’ announcement of an advisory board position with GameSquare,” McGregor said. “Both companies are industry leaders, and I believe that esports is the future of the sports world with many athletes, teams, and leagues getting involved in the space. I look forward to Audie and the team at Paradigm Sports’ bringing their expertise to collaborate and bridge the gap between traditional sports and the esports world.”

GameSquare is known for acquiring U.K.-based esports talent agency Code Red Esports, operating the Gaming Community Network, a digital media company that focuses on facilitating and promoting partnerships in gaming and esports, and purchasing Complexity Gaming for $26.7 million in June.

As part of that Complexity deal, GameSquare also became the agency of record for the Dallas Cowboys’ esports and gaming business via a multi-year partnership.