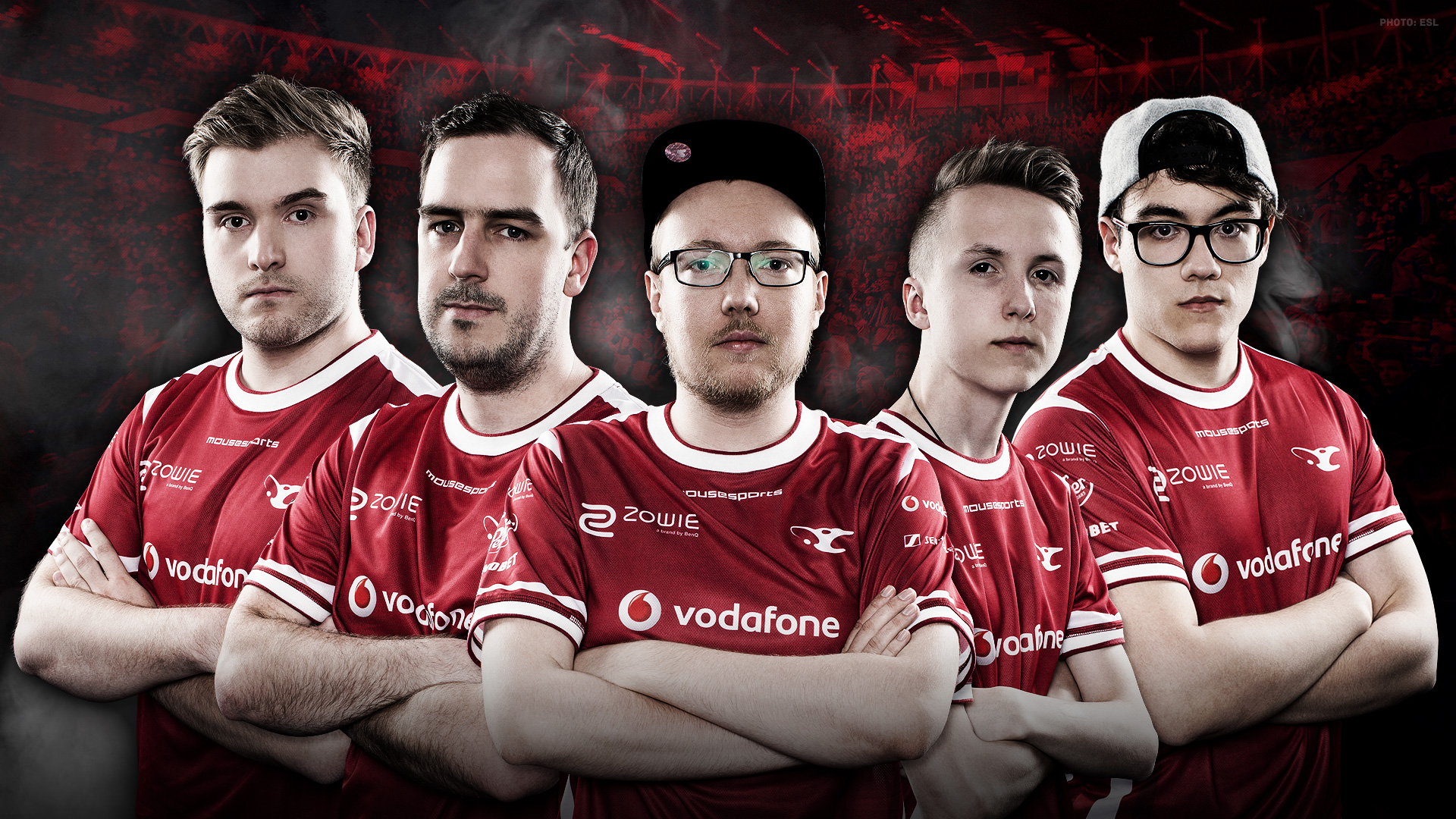 Today, mousesports announced Vodafone as its new head sponsor and called it a “milestone” in the club’s history. The deal is reportedly worth a “solid six-digit figure.” The partnership is set to kick off immediately and the company’s logo will be displayed at the ESL Finals in Dallas this weekend.

Vodafone dipped its toe into esports last year already, when the company partnered with G2 Esports. Vodafone was the title sponsor of G2’s second side, which competed in the Spanish league “LVP” (Liga de Videojuegos Profesional).

G2 and Vodafone renewed their partnership last month. Sources with knowledge of the deal told Dot Esports that the renewal of the two-year contract, worth $1 million per year, also includes the club’s international teams in the partnership.

The deal between Vodafone and mousesports was facilitated by Jung von Matt (JvM), Germany’s most decorated ad agency that partnered with mouz earlier this year. Just a week ago, mouz had signed a sponsorship deal with Dr. Pepper as well.

“With these partners, it’s more than just the colors that match,” Toan Nguyen, Director of Strategy at JvM said. “Esports is the sports and entertainment phenomenon of a new generation and mousesports is the very flagship of the German scene.”

The money will be invested into the club’s Dota 2 presence, the team’s infrastructure, and secures mouz capability to match up with the growing transfer fees according to Mousesports CEO Cengiz Tüylü.

“Gamers need high speed and that’s what we stand for. High speed Internet is a natural and vital prerequisite for esports—for teams as well as the fans themselves! With our commitment, we want to stand for competition, fairness and sportsmanship—on and off the server.” Gregor Gründgens, Director Brand Marketing at Vodafone Germany, said.

With both G2 Esports and mousesports as partners, Vodafone is now a significant sponsor within the space. As with all traditional advertisers now entering the scene, Vodafone hopes that it can reach the young and technologically-savvy esports audience through its involvement.