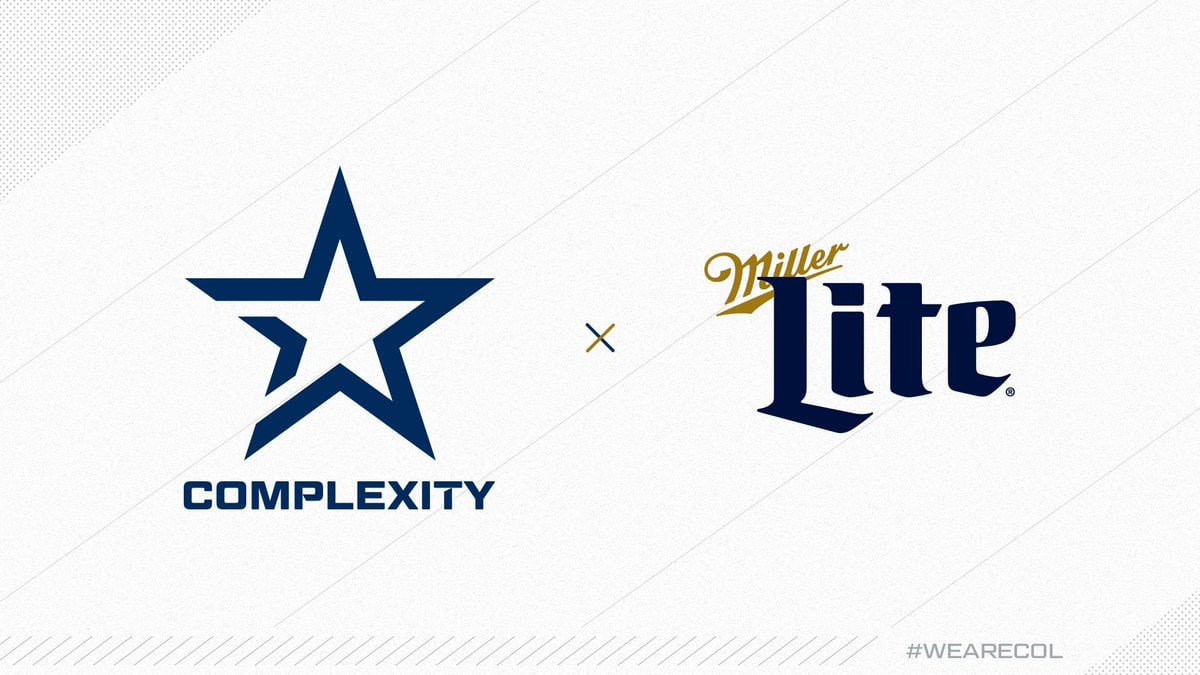 One of the biggest esports organizations in North America, Complexity Gaming, has partnered with brewing company MillerCoors, making Miller Lite the official alcoholic drink of the team.

Another significant portion of this partnership will have Complexity name the player lounge of its new team headquarters, the GameStop Performance Center, after the alcoholic beverage.

The Miller Lite Player Lounge will be a place for players and staff to relax and will have Miller Lite on tap for anyone of legal drinking age, according to Complexity. The organization will also host watch parties in the lounge, inviting fans into view games on the video wall, with MillerCoors providing drinks and branded merchandise.

Another part of the deal will have Complexity players and MillerCoors working on an original series of content that will feature the players talking about their favorite moments and stories in esports.

“We have spent the last year and a half learning as much as possible about the gaming space and introducing ourselves to the community through influencer activations and live-stream media partners,” Vice President of Marketing for Miller Brands, Anup Shah, said. “While the reception we have received to this point has been nothing but positive, we want to extend our presence in an authentic way and believe that Complexity is the right partner to help us do that.”

Details such as length and other terms were not disclosed in the press release. MillerCoors stated that since this is its first deal in the esports space, however, they will be using this deal as a way to expand and test the waters in the esports space.