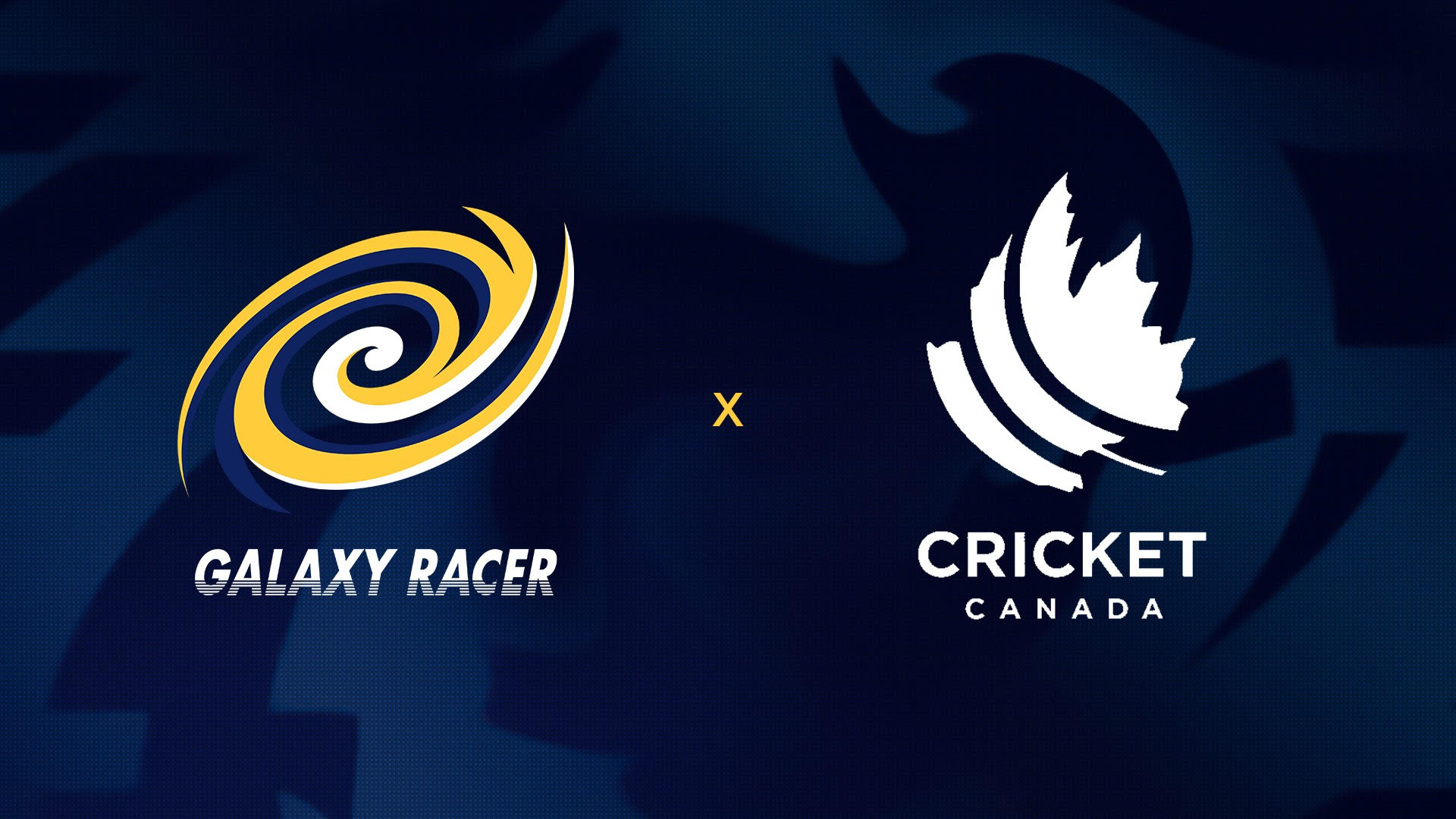 As a part of this unique sponsorship, Galaxy Racer’s logo will appear on the Canadian cricket team’s jerseys and warm-up kits. The team will be seen in action with the new jersey at the Global Qualifier A of the ICC Men’s T20 World Cup which will happen in Oman from Feb. 18 to 24. Canada will be one of eight countries in the qualifier who are looking to finish in the top two to advance to the 2022 ICC Men’s T20 World Cup in Australia later this year.

“Our organization welcomes the partnership with Galaxy Racer,” said Rashpal Bajwa, the president of Cricket Canada. “Esports and gaming is a fast-growing industry in the North American market and particularly in Canada. Our players are avid gamers and compete almost daily in their free time on gaming consoles and platforms. This partnership is a natural fit for cricket and Cricket Canada. Cricket Canada hopes this engagement will be the seed for additional collaboration between esports and live sports in cricket.”

Galaxy Racer was founded in 2019 and has quickly become one of the leading esports organizations in the MENA region. The org has been expanding globally as well with sponsorships like this one, collaborations, and signing creators in different regions. Its competitive division, called Nigma Galaxy, fields rosters in 10 games: Dota 2, League of Legends, CS:GO, Fortnite, VALORANT, PUBG Mobile, BGMI, Wild Rift, and Free Fire.

Paul Roy, the founder, and CEO of Galaxy Racer said that he was excited to reveal this new sponsorship which will introduce a new audience to the sport. “We believe that the convergence of traditional sports with the esports and gaming audience is imperative and we will be assisting Cricket Canada to accelerate the cross-pollination with the younger generation,” he added.