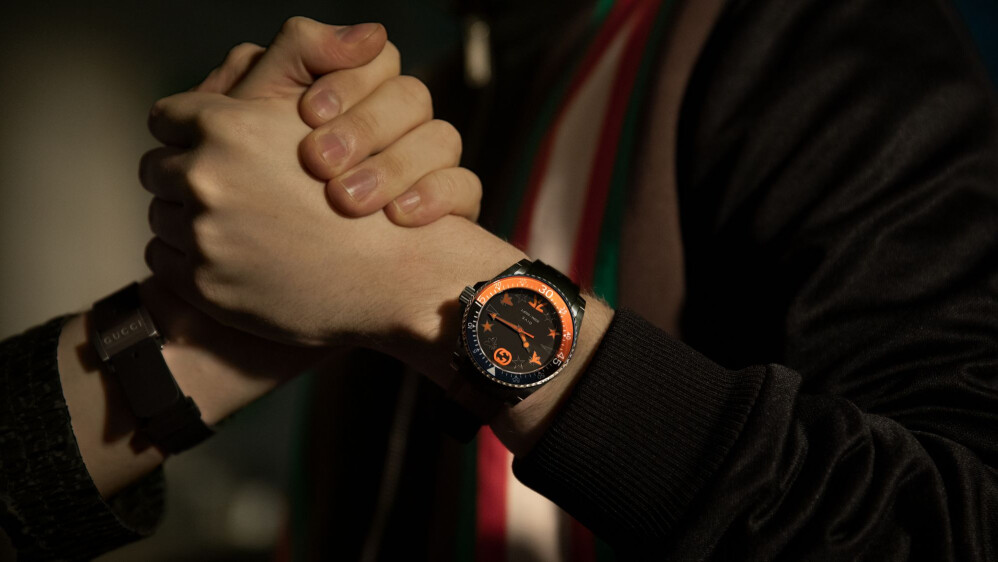 The item features the Fnatic logo on the dial at the 6 o’clock marker, a bezel and indexes with the signature orange and black color scheme of Fnatic, and the famous Gucci “GG” logo, which the company also notes stands for “good game” in competitive gaming.

The wrist band is made of conventional rubber, practical for the use of light swimming and diving up to 200 meters. The watch itself is made of high-grade stainless steel.

This announcement comes after Fnatic released a striking promotional video showcasing its Gucci collaboration, featuring all five of its League of Legends players. This isn’t the first time that Fnatic has worked on promotional merchandise with other brands, though. In the past, the org has also teamed up with Hello Kitty and Champion.

Gucci follows in Louis Vuitton’s footsteps of collaborating with esports brands after Riot Games partnered with LV to create in-game items for players to use and a physical clothing collection that sold out within hours.