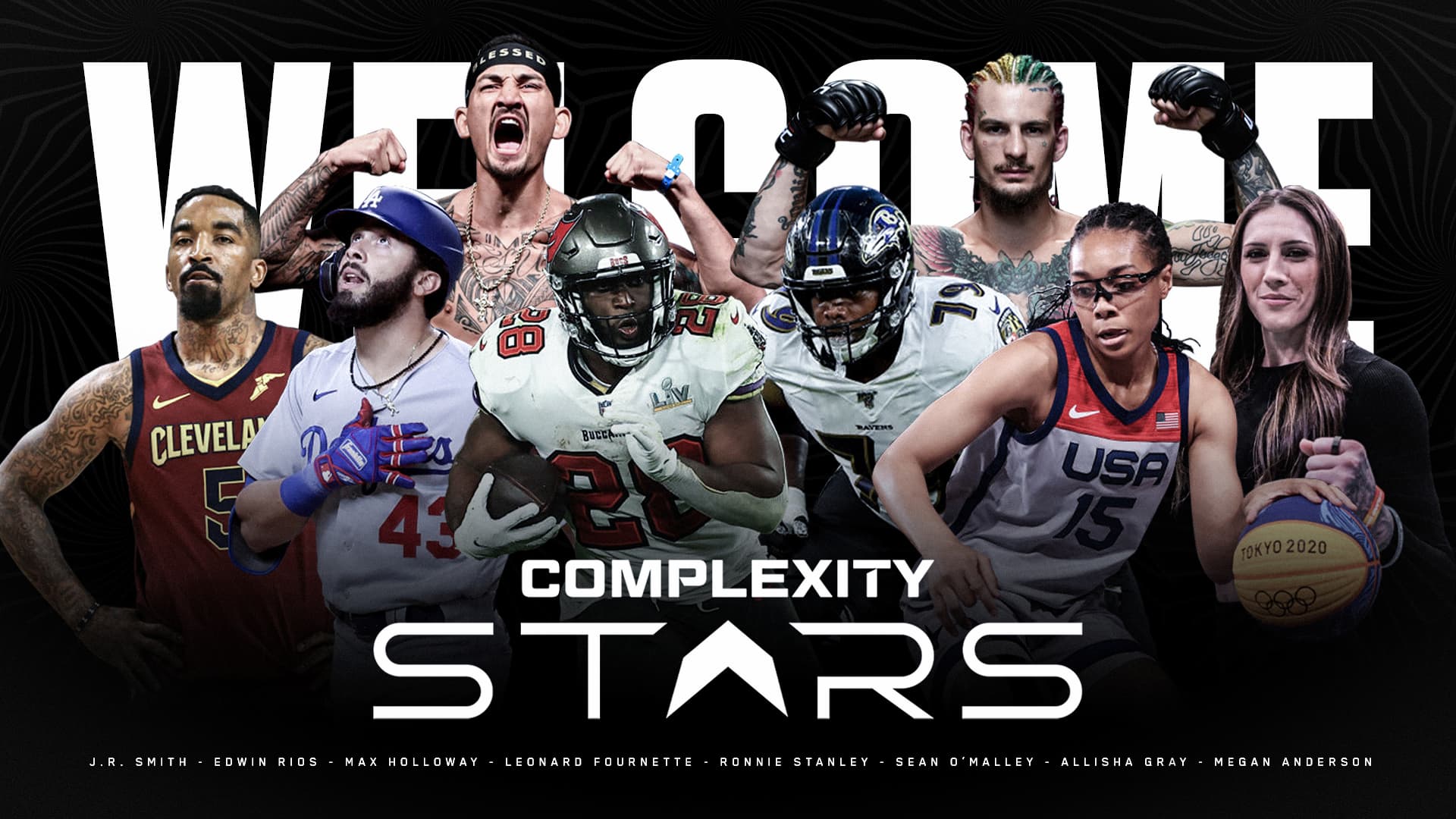 This division of Complexity will be used to partner with various celebrities and professional athletes who are looking for a way to grow their personal brands and expand into the gaming and esports space.

“Complexity Stars is an incredible gaming division where sports, entertainment, and gaming come together,” GameSquare head of talent and special projects Duane “Zeno” Jackson said. “There are amazing opportunities to collaborate with global talent through compelling content and tournaments that appeal to brands seeking to connect with the large, affluent, and growing gaming audience.”

Stars launches with an initial roster made up of athletes from the NBA, WNBA, UFC, NFL, and MLB—with plans to add more celebrities both in and away from traditional sports in the future. Here’s the current lineup featured as part of Complexity Stars:

With this founding roster, GameSquare aims to create a platform for professional athletes, entertainers, and other celebrities to reach out and connect with fans authentically through gaming.

As a part of Stars, each celebrity or professional athlete will work with professionals within Complexity and GameSquare’s family of companies to put together a strategy that fits their brand, personality, and goals within gaming and esports. This will include competing and organizing tournaments, content creation, and various brand partnerships.

You can learn more about Complexity Stars and the organization’s other operations on Complexity’s official website.