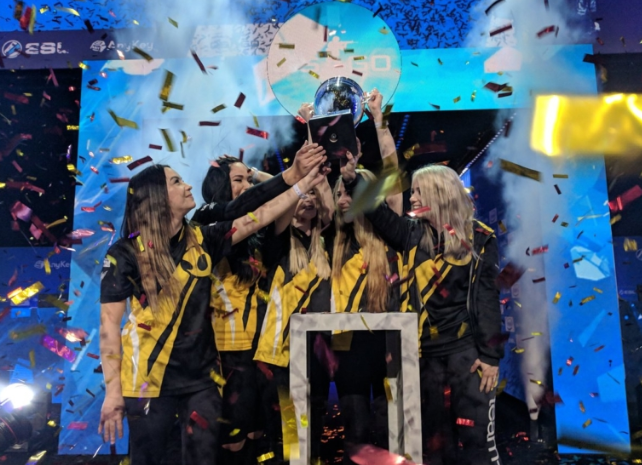 Team Dignitas is bringing on athletic apparel brand Champion to create a whole line of esports merchandise and jerseys.

The Dignitas partnership is Champion’s first deal in esports. The global brand will work with Dignitas as its “official jersey, casual wear, and athletic wear provider.” They’ll launch a line of “fan-focused” gear in the online store alongside the company’s fall 2018 re-brand. Dignitas runs a world championship women’s Counter-Strike: Global Offensive team, and a line of women’s wear will also be included in the partnership.

“We will be working hand-in-hand with Team Dignitas to refresh their brand and engage the gaming community,” Champion team athletics general manager Tyler Lewison said in a statement. “Additionally, we are focused on partnering to create more opportunities for women in gaming and their associated fan-based.”

Terms of the deal were not disclosed, but The Esports Observer reported it’s “a rather large” partnership.

Team Dignitas often calls itself one of the earliest esports brands, and that’s true. Founded by Michael O’Dell in 2003, the company’s had teams in League of Legends, Counter-Strike, Overwatch, PlayerUnknown’s Battlegrounds, Heroes of the Storm, and Rocket League. The organization’s look has remained the same for quite some time, a relic of early esports style—loud colors, a bold logo, often with busy design. The new branding will encompass the feel of Dignitas’ heritage in esports, likely, but move it forward into a new era.

“Champion’s recent reemergence into pop culture mirrors Team Dignitas’ incredible renaissance in fan popularity and dominance in competition,” Dignitas CEO Michael Prindiville said. “Our brands and our businesses have never been stronger. As we continually build and evolve our brands, we look forward to innovating with the Champion design team to develop a style that excites our fans and motivates our players in competition.”