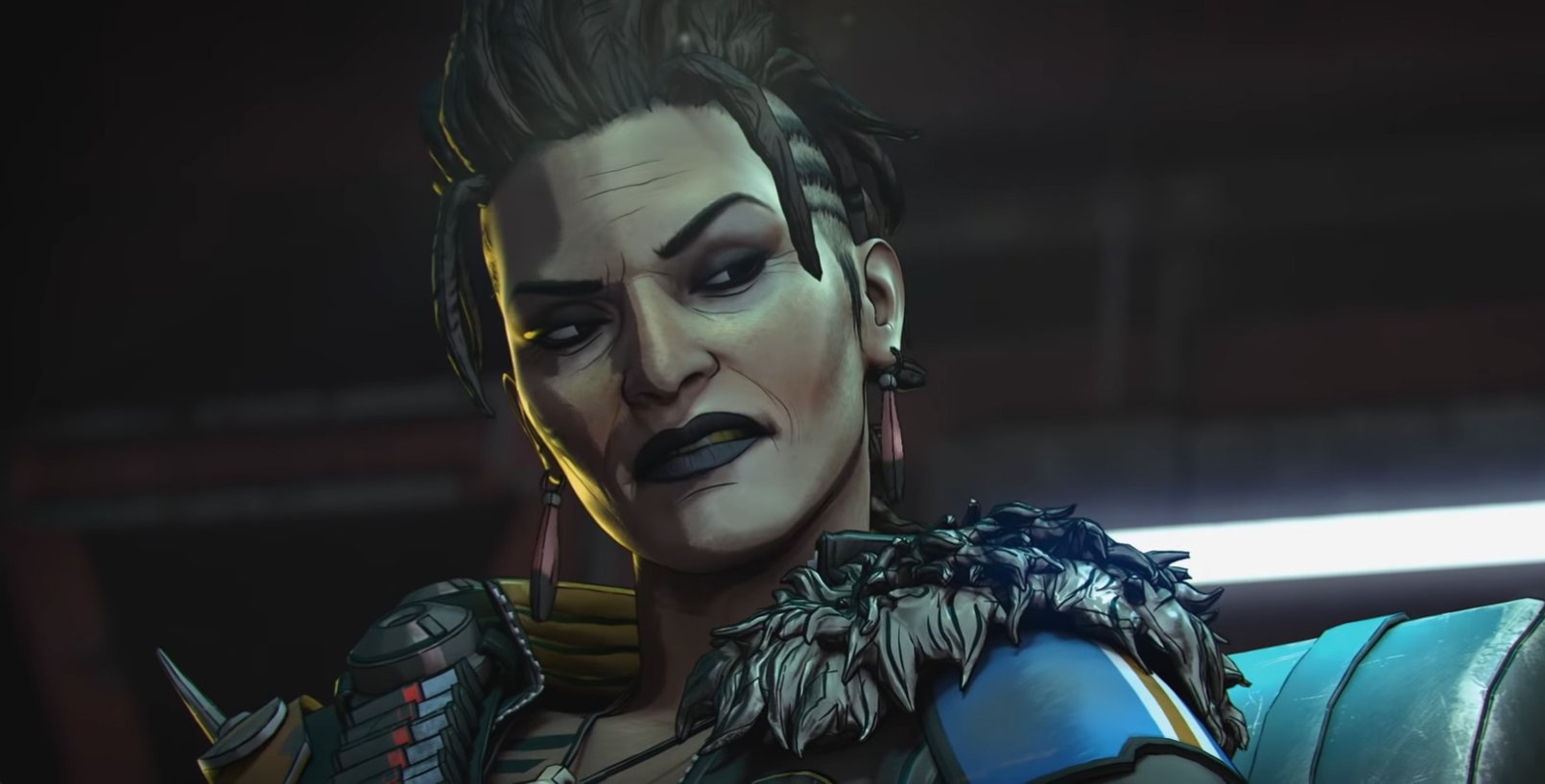 It’s hard to keep Mad Maggie down, and the legend has proved that a few times over. Introduced in Apex Legends’ eighth season as Fuse’s friend-turned-nemesis, Mad Maggie is a staunch defender of her home planet, Salvo. She was heartbroken when Salvo joined Syndicate space in season eight and her aggression against the Syndicate kicked off a series of developments in the lore at the time.

Though fans believed they’d seen the last of Mad Maggie at the end of the season eight comic, when she seemingly plummeted to her death, Respawn pulled a reverse-Forge and offered her as the legend to join the Apex Games in season 12 thanks to a surprisingly merciful (and machiavellian) intervention from Duardo Silva, Octane’s father.

Here’s everything you need to know about Mad Maggie in Apex.

Fans met Mad Maggie in Fuse’s Stories from the Outlands cinematic, “Good As Gold,” which introduced fans to the planet Salvo. Salvo has long been marked by a series of conflicts about its independence, and Fuse and Maggie are caught in that backdrop. They took up the “Cause,” as Maggie called it in the season eight quest, with her engagement far bigger than Fuse’s.

After the Outlands Civil War ended in 2722, Salvo rejected the Syndicate’s Treaty and remained as one of the Fringe Worlds—planets not under Syndicate rule. In “Good as Gold,” however, Salvo officially joined Syndicate space, prompting a ton of anger from Maggie.

The news of Salvo joining the Syndicate was followed by Fuse’s departure from Salvo to join the Apex Games. He was eligible for the competition now that Salvo was officially part of the Syndicate and he decided to jump ship. Maggie, however, had other plans.

She attacked Kings Canyon during the season eight launch trailer, shaping the landscape of the Solace arena and dropping down a colossal blimp into the map as part of the overhaul to the arena. The rivalry between Fuse and Maggie continued throughout the season in the quest and during the War Games event.

The season eight quest, Armageddon, showed Maggie’s continued offense against the Syndicate and her attempts of getting Fuse to rejoin the cause—or taking him out altogether if that failed. The legends, on the other hand, wanted to pull the brakes on her plan.

After a series of conflicts (and possibly a few violations of international humanitarian law), the quest ended with Fuse admitting to Maggie that Salvo is not his home anymore. He feels at home in the Apex Games and with the rest of the legends.

After the revelation, Maggie drops down to her presumed death and Fuse mourns his friend.

And then she showed up again a year later.

Though Maggie’s reappearance in season 12 can seem sudden, it’s part of a long plan from Duardo Silva, Octane’s father. This plot has been evolving on the sidelines since the season seven quest, Family Portrait.

Lifeline, Pathfinder, Gibraltar, and Octane were looking for Lifeline’s father, Darion Che, to find a battery for an old MRVN as part of Pathfinder’s storyline. They track down Darion to a fundraiser in a museum in Malta and investigate.

During the quest, however, a group of armed assailants entered the museum and the legends thwarted their attack—not before the writers could give fans a glimpse of what would happen.

The quest showed that Lifeline’s mother, Cherisse Che, had a connection to the Salvonian Warlord Sandringham Kelly. In season eight, Sandringham Kelly became the Supreme Warlord of Salvo after the planet joined Syndicate space, as revealed in the “Tea for Two” loading screen. The epilogue also showed that Duardo orchestrated the attack but didn’t explain why at the time.

In The Legacy Antigen, Duardo continued his anti-Syndicate plot. He placed the Icarus Fleet in Olympus as a false-flag attack to prove the Syndicate’s incompetence, and he overtly broadcasted anti-Syndicate sentiment and claimed the need for “new leadership.”

Duardo’s machinations returned to the spotlight in a series of Twitter teasers for season 12, with TV personality Lisa Stone coming back after her interview with Forge to develop a podcast called Unravelling the Syndicate. The teasers culminated in her pointing to Duardo Silva as the so-called savior of the Outlands, and her bias seemed evident given the fact that Silva Pharmaceuticals was sponsoring her podcast.

Duardo’s plan also set up the link to season 12, with him creating a surprisingly merciful (and unsurprisingly selfish) detour to Maggie’s fate.

Maggie’s Stories from the Outlands, “Judgment,” shows how Duardo’s interference at Maggie’s execution gave her another chance to atone for her crimes—or to fight against the Syndicate, depending on the perspective.

After a Syndicate Magister sentenced Maggie to death, Duardo interfered with her execution. He presumably bribed the authorities to let Maggie go and instead of dying by a firing squad, she’ll meet her fate in the Apex Games, which include her old friend, Fuse.

With Maggie’s return to the lore, she’ll likely shake up the narrative for Apex’s season 12, Defiance. Her vendetta against the Syndicate aligns with Duardo’s plans, at least for the time being. But with how much can happen in Apex, fans can expect the “Mad” in “Mad Maggie” to go on throughout Defiance and beyond.