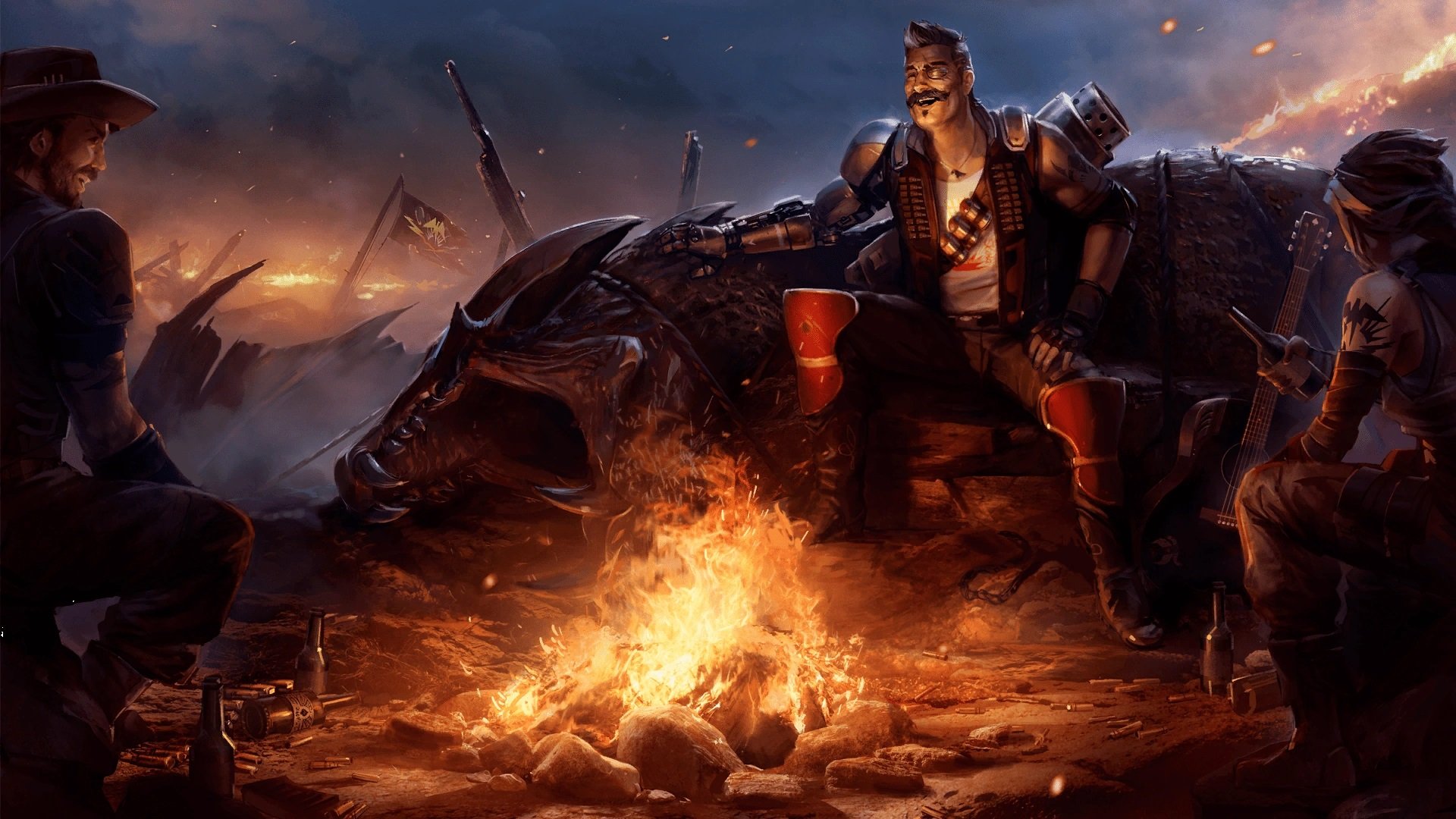 Over the last several years, developers across the gaming world have been diversifying their casts of characters to more accurately reflect their player bases. Each of these characters have distinct personalities, traits, and interests to capture imaginations, support engaging gameplay, and reflect different communities.

Apex Legends is one of these games. One of its strongest points is its characters, all of whom are interesting, diverse, and unique. “Our studio is comprised of a diverse group of people, the playerbase of battle royale is comprised of a diverse group,” Respawn Entertainment community manager Jay Frechette told Rock, Paper, Shotgun in February 2019. “Having a diverse cast is super important. You want everyone to have someone they can connect to.”

Since the game’s release, Respawn has taken the time to expand on its characters’ backstories, including their pasts, families, sexual orientations, and gender identities. Here are all of the LGBTQ and gender-nonconforming characters in Apex Legends.

In the same Rock, Paper, Shotgun article as the one containing the above quote, Frechette said that “Bloodhound is non-binary, or at least non-specified, in terms of gender.” Indeed, both players and Respawn have consistently referred to Bloodhound with they/them pronouns. They are one of the only nonbinary or gender-nonconforming playable characters in AAA games at the moment, bringing a new angle of representation and vision to the battle royale genre and FPS titles as a whole.

Gibraltar’s biography on the official Apex website reveals that before the events of the game, he had a boyfriend, Nik, with whom he stole his father’s motorcycle. When the pair became trapped in a mudslide and his father had to rescue them, he finally came to “understand the value of protecting others.”

This relationship became fraught over time, and we saw old wounds re-emerge when Gibraltar reunited with Nik in the season seven comic, Family Portrait. It was here that we also learned Gibraltar’s heirloom was a gift from his now ex-boyfriend. The two would meet once again in the season nine comic, where they worked together to save Nik’s son Michael from the poisonous plants that infected Olympus. The dramatic situation gave them a chance to rebuild some of the love lost and partially repair their relationship.

The Apex Games’ most explosive hero was confirmed as pansexual last year. In response to a fan question, Respawn writer Sam Gill said on Twitter that Fuse is indeed pansexual. Being described as a “ladies’ man, man’s man, and all-around manly man” preemptively led many fans to that conclusion, but it’s always good to get official word from the developers.

Valkyrie is a newer addition to the roster, but she’s already become one of its most popular characters. In an interview with Erika Ishii, Valkyrie’s voice actress, it was revealed that Valkyrie is a lesbian. Valkyrie also has an intro line in the game where she proclaims, “I like my women like I like my sake – cool, unfiltered, and on someone else’s tab.”

Her attraction to women has been most notably explored through her relationship with Loba. She offered Loba a nightcap in the wake of Loba believing that Bangalore was not seeking the same romantic relationship she was, and the two have grown very close as the seasons have gone on.

Tom Casiello, previously a senior writer at Respawn, confirmed that Loba was bisexual in a tweet back in 2020. One of her voice lines also says that she’s a heartbreaker regardless of gender. But a lot of her sexuality is conveyed through the developing love triangle between her, Valkyrie, and Bangalore.

In the season nine comic, The Legacy Antigen, Loba and Bangalore’s previously quiet friendship was revealed to be more intimate and romantic. Loba was openly attempting to convince Bangalore to go on a date with her, but a moment of miscommunication left Loba believing that Bangalore only wished to remain friends. In this moment of betrayal, she turned to Valkyrie for comfort and the two developed a very public relationship of their own, where they can be heard flirting in-game in interactions with one another.

Shortly after Seer’s release, lead writer Amanda Doiron responded to a fan’s comments on Twitter by sharing that “Seer sees to the heart of people and doesn’t limit himself to a specific gender.”

Right now, it appears as though Respawn is choosing to not label Seer’s orientation and we are yet to see any explicit mention of previous relationships or love interests the Legend may have had.

Bangalore’s sexuality has not been officially confirmed, but her relationship with Loba and the drama of their fallout have been a driving element of the narrative in recent seasons.

In the conclusion of the season nine comic, Bangalore let slip that she loved Loba in an argument with Wraith.

“What’s the point of loving someone if all you remember is watching her die?” Wraith caught this, replying “You just said watching ‘her’ die. We’re not talking about Jackson anymore… are we?”

Her feelings toward Loba were further explored in The Williams Sendoff Chronicle event, where Bangalore recounted her first meeting with the legend, saying “I’ve faced down platoons. Pilots. Titans. But a thief in high heels had me shook like a greenhorn on my first deploy. Burnt gold eyes shooting straight through me…” She further added, “Grandma used to say, ‘You can’t prepare for the unpreparable. You just gotta listen to your heart.’ But my heart got me into this damn mess, Nana…”

No label may fit Bangalore as of right now, but she has been at the center of Apex’s biggest LGBT storyline for the past few seasons and her attraction to another woman is important to recognize.

While other characters’ sexual orientations and gender identities have been hinted at by the developers and the game’s lore, these are the characters that have been most explicit in Apex‘s storytelling. We’re looking forward to seeing the next characters the devs come up with for Apex.