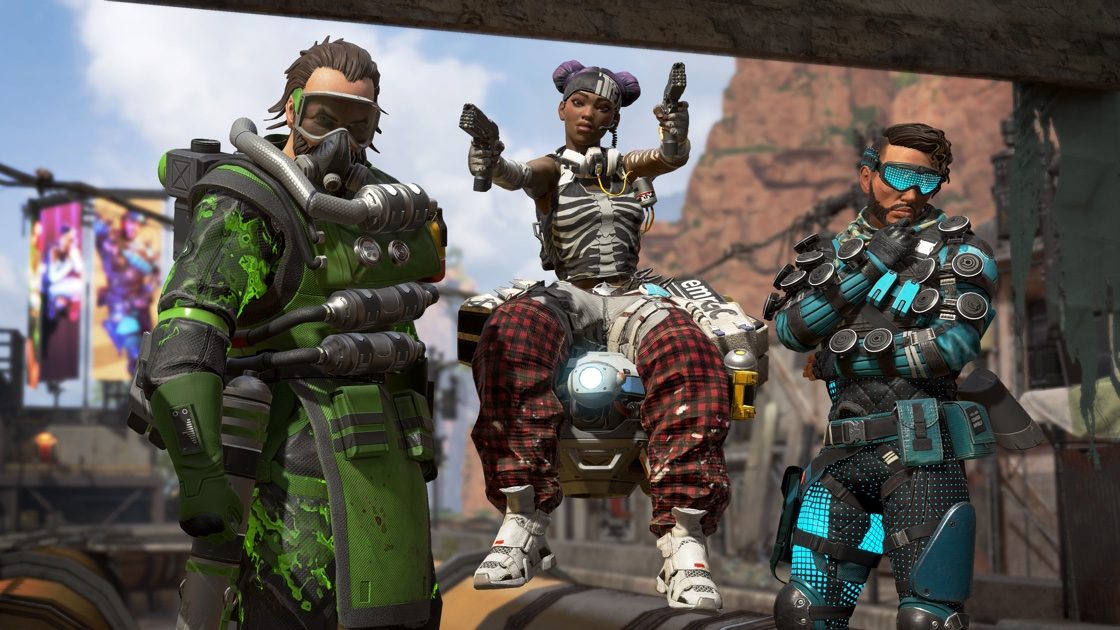 Respawn Entertainment’s fiery new battle royale, Apex Legends, had one of the biggest release months of any free-to-play battle royale game. Apex hit multiple record-highs in terms of viewership on streaming platforms and download numbers. People were already dubbing the game a “Fortnite” killer, only a month into its release. Yet, the game has now slowed down considerably in the months after its blazing start.

Apex‘s viewership on Twitch has decreased by almost 75 percent, while its community has constantly raised complaints on the game’s subreddit and Twitter account. There are multiple reasons why Respawn is losing its player base and popularity, but there are three main things that they have to address—a lack of major updates with new content, unstable servers and a collection of bugs introduced in each update, and a lack of communication between the developers and community.

One of the biggest gripes players of Apex have with the game is the lack of variety. Don’t get it wrong—Apex is a top-notch game with great core gameplay mechanics and its launch was one of the best we’ve seen. The months after launch, however, have been really lackluster and boring.

Every update doesn’t bring anything fresh to the game, whether it be new playlists or legends, and the community is slowing returning to battle royales that are bringing in new, exciting content on a regular basis. Fortnite has continued going strong with new items, map alterations, and events. Even PUBG has shown some signs of life with big weapon balance updates, new maps, and new guns.

One way to keep the attention of a player base is to give them new things to try out. Besides one legend and a pretty underwhelming battle pass, we haven’t gotten anything else from Apex. In a world where a battle royale’s life can be fleeting, Respawn hasn’t really provided any material to try to keep itself alive.

Fortunately, this isn’t the end of the world for Respawn, but it is an incredibly important step to keeping its fanbase from leaving for good.

Apex was a refreshing take on the battle royale scene with its focus on great teamplay-based combat. The looting is great and its pinging system has set the standard for how future BRs will set up its own system in the future.

As we’ve said, however, the game’s post-launch months have been quite disappointing, especially on a technical level. A lack of new content is bad, but having a game that isn’t running properly will deter even the biggest Respawn stans. The multiple bugs that have popped up as the game chugs along have been nothing short of gamebreaking, and there doesn’t seem to have been a lot of progress fixing them.

Respawn should make the game’s health a huge priority. The community has been waiting for any signs of improvement, but unfortunately, there hasn’t been anything happening so far. How long can the playerbase wait before losing its patience?

It’s clear that Apex Legends has a lot of problems that need addressing. That’s the issue, though. The questions and complaints of the fans aren’t really being addressed by Respawn, and the lack of communication between the players and the developers has been noticed by the community.

Take for example this Reddit post from The Division 2 developers. It is incredibly long and detailed, and yet this is exactly what the Apex community wants—a bit of a connection and a bit more transparency. They just want something to show that they can actually have their voices heard. Sometimes, saying you were in the wrong or unprepared can be better than going radio silent on the people buying into your game.

This does not mean that you need to tell the community everything that is happening underneath the hood at Respawn, but just a few more updates should help sate the fanbase’s thirst for more communication. It isn’t too late for Apex Legends to reel back in their popularity, but there are many steps to take before they can reach the peak of the battle royale scene once more.