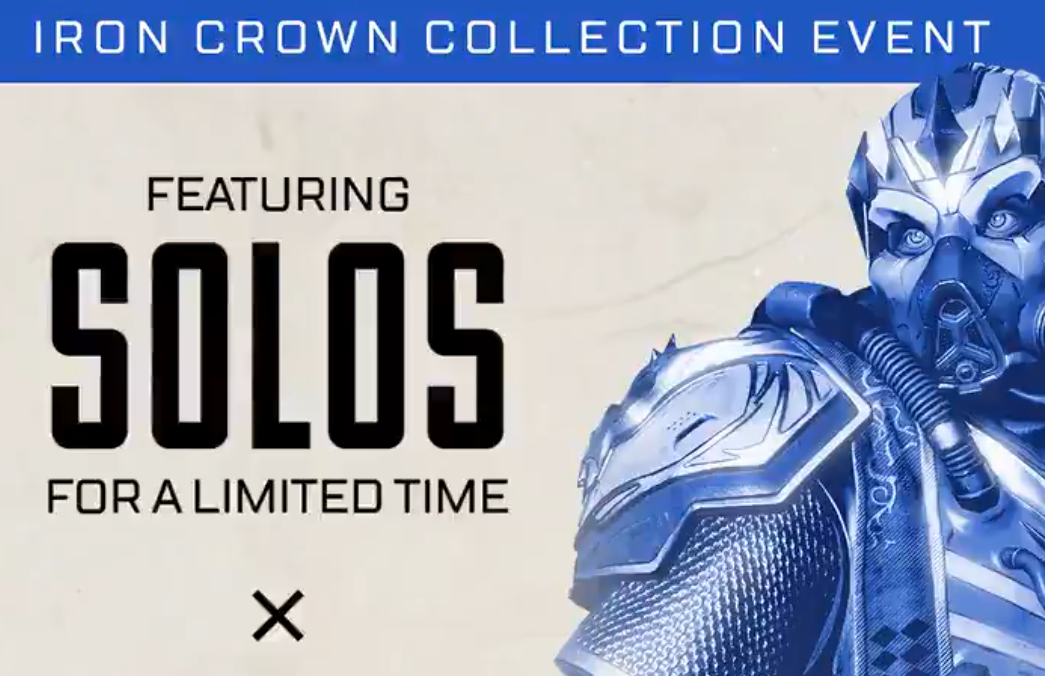 The most fan-requested feature in Apex Legends is finally coming to Kings Canyon tomorrow: Solos. Although any character may achieve success in this mode, three legends stand above the rest.

The Iron Crown Collection Event, beginning tomorrow and lasting until Aug. 27, is introducing the limited-time Solos mode. Since all Apex characters have a different set of abilities and hitboxes, some of them might be better than others in the mode. The discrepancy isn’t a huge issue when playing with a team of three, but Solos mode may highlight three champions who thrive in an individual setting.

These three characters could give you the edge on Kings Canyon.

Lifeline is already a staple in most team compositions because of her utility and healing. The combat medic’s D.O.C. drone heals all nearby players for 20 seconds and her passive allows her to use heals and shields 25 percent faster than all other legends.

Her unique healing ability gives her the edge in the early game when players haven’t gotten the opportunity to collect shields and syringes. In Solos, if a number of players are fighting against each other, all Lifeline has to do is duck behind cover and drop her drone while shielding herself. While other legends might be using a med-kit in this situation, Lifeline will already be full health and breathing down their necks.

Similarly, her quicker healing animations can make the split-second difference in a late-game battle. Lifeline is a perfect example of a character whose utility is applicable in a team or individual setting.

It’s no coincidence that Wraith boasts the highest win rate among all legends. She’s the only character who can go fully invincible for a short period of time, has the smallest hitbox in the game, and is mobile due to her ultimate.

Her tactical ability, Into the Void, allows her to phase in and out of different dimensions to escape damage. This can come in handy in Solos mode because if multiple opponents are shooting at Wraith, she can quickly phase to cover while her enemies turn their sights on each other.

And her ultimate ability, Dimensional Rift, links two locations with portals for 60 seconds. It’s easier for teams of three to counter this ability when they can coordinate and jump through together. In Solos mode, however, an enemy will be less likely to take the portal because they run the risk of being pounced on by the interdimensional skirmisher.

The lovable robot is arguably the most mobile legend in the game. His grapple and zipline allow him to take any vantage point on Kings Canyon. He can set up shop with a Longbow sniper and pick opponents off from the high ground or he can grapple to get in your face with a Peacekeeper shotgun.

In Solos mode, Pathfinder will be able to easily escape a sticky situation with his grapple ability. If multiple players are closing in on him, he can zipline to another location and instantly fix his positioning, which is crucial in any first-person shooter. And while enemies will be able to use his zipline, the sound is usually loud enough that it can alert a player before any damage is done.