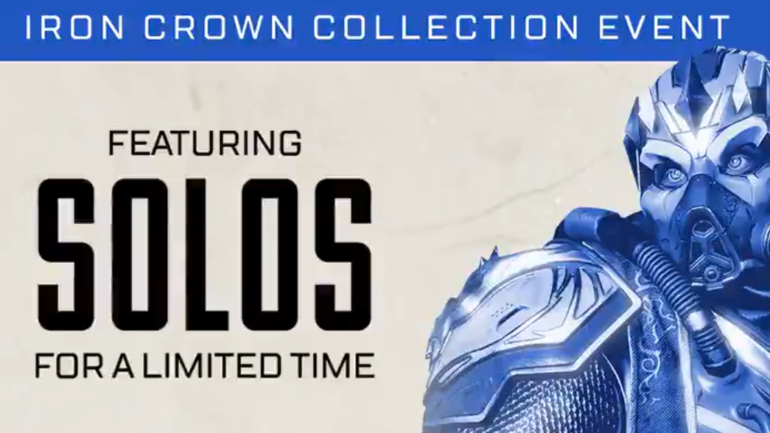 Apex Legends players received a treat on Aug. 6 when Respawn announced Solos mode, the most fan-requested feature, was finally coming to the battle royale game. Despite the excitement surrounding it, the introduction of Solos still leaves many questions unanswered.

The announcement of Solos mode, coming with the Iron Crown Collection Event, shook the community. But Apex was designed to be a collaborative experience with particular items, characters, and features specifically geared towards team play. This is leaving fans wondering about how those features are going to transition into an individual setting.

Here are the top three things that won’t work in Apex Solos mode.

The number one question on every Apex fan’s mind: Won’t Solos mode be filled with just Lifelines, Wraiths, and Pathfinders? Probably.

Each legend in the game comes with a unique set of abilities and hitboxes. Though some are clearly advantageous over others, organizing a three-person team comp generally balances everything out.

When players don’t need to play as a team, it becomes far easier to choose the champion that has the biggest advantage in the game. Players looking to get easy victories wouldn’t want to handicap themselves by playing Caustic against a bunch of Wraiths.

Wraith and Lifeline boast the smallest hitboxes in the game. Wraith’s tactical ability makes her invincible for a short period of time, giving her a great escape mechanic. Because of Lifeline’s health drone, she is one of two legends in the game who can self-heal. Couple that with her Combat Medic passive, which allows her to heal 25 percent faster than all other legends, and she has a distinct edge in the game.

Respawn Beacons are used to respawn fallen allies. What happens if there are no allies to be respawned?

The beacons are interspersed everywhere on Kings Canyon and serve a huge purpose for team play. In Solos, however, they’re pointless. If Respawn doesn’t want to remove them entirely from Solos, they would have to come up with a purpose that is true to individual play.

Some fans are suggesting that Respawn Beacons can be used to call down care packages during the game. Though this would provide a very important purpose, it would also diminish the importance of Lifeline’s ultimate ability.

The Legendary body shield is arguably the most useless rare item in the game. It gives players the same amount of shield as the Level Three armor, with its only difference being its passive. A player wearing the Legendary body armor will have it refreshed if they perform a finishing move on an enemy who has been knocked down. Leaving yourself exposed while finishing an opponent is not the smartest decision, and the opportunities players have to activate the passive are slim.

Fans are wondering if the Legendary body armor will be altered or removed for Solos. Players will likely die immediately when killed in the new mode, rather than being knocked down until a teammate comes for a revive.

Some suggestions for its transition into Solos might be to have it grant more armor than the Level Three shield, or simply removing it entirely.

Though Respawn hasn’t addressed any of these concerns, fans will have their questions answered on Aug. 13.