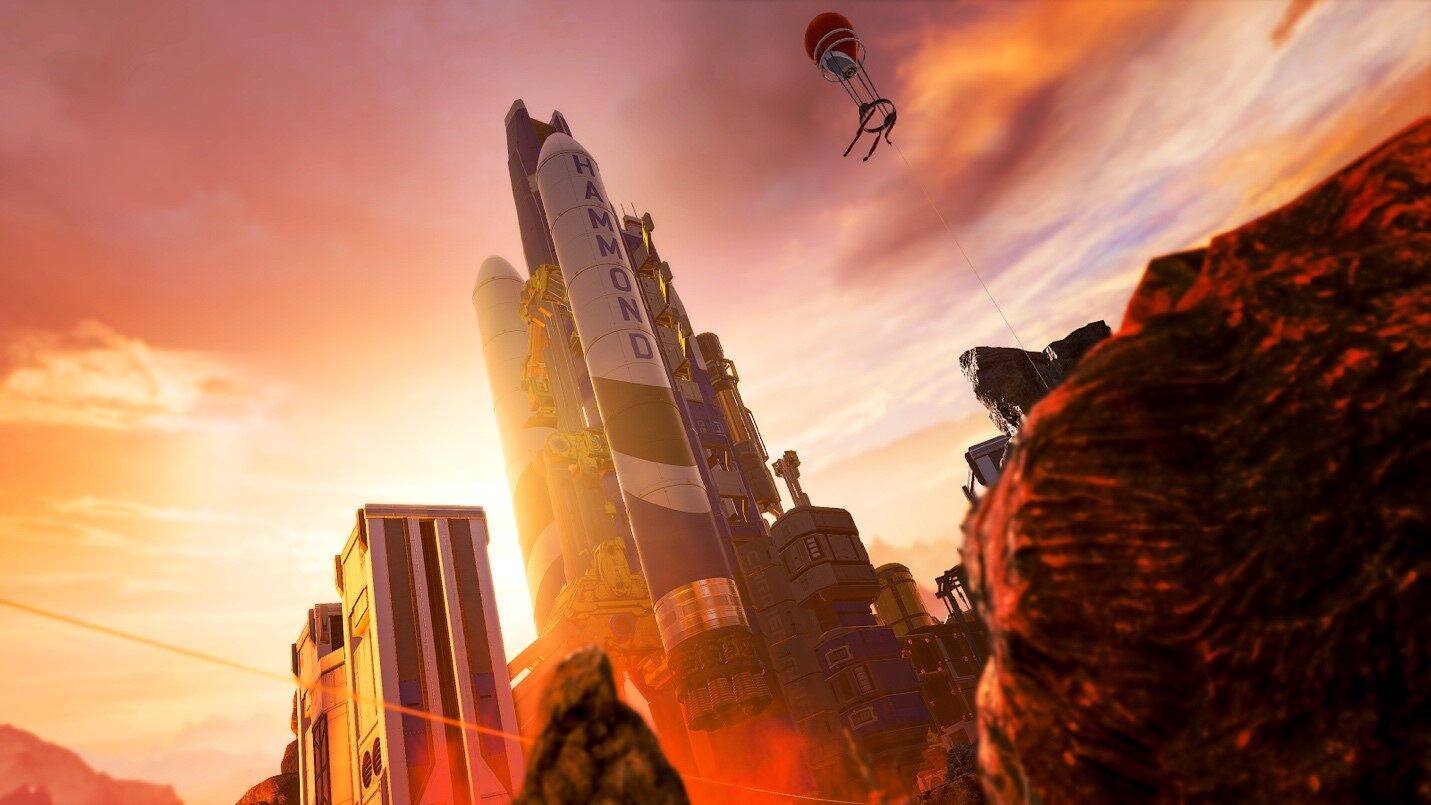 Apex Legends seventh season is counting down to takeoff—literally. The latest Apex teaser today made the rocket in World’s Edge start its engines as a taste of what’s to come and as a likely hint to the upcoming space legend, Horizon.

Players have reported that the rocket’s engines are fired up and ready for takeoff. The vehicle may not go anywhere, at least during season six—much to the disappointment of some fans.

The rocket is located in Launch Site, a new POI that came as part of the season six map update. The ending of the season five quest, The Broken Ghost, hinted at new place, Olympus, and fans believed that the rocket could be one of the ways to get there.

The ship may also be a reference to Horizon, the confirmed season seven legend. She spent five months stranded in space, which amounted to 87 years in her hometown, Olympus.

The rocket isn’t the only season seven teaser in World’s Edge, though. A mysterious UFO is hovering around the outskirts of the arena. Players first saw the UFO in Kings Canyon on a devstream (where the term “UFO” came from) and the structure finally made its way to the game last week.

The structure is a nod to Olympus, an important site for Apex lore and the officially confirmed season seven map. Its trademark balloons appear in several moments that are confirmed to take place in the city, such as the season four launch trailer and Horizon’s episode of Stories from the Outlands.

Apex‘s seventh season kicks off on the night of Nov. 4 with several new additions, including a new map, vehicles, and a guild-like feature called clubs.