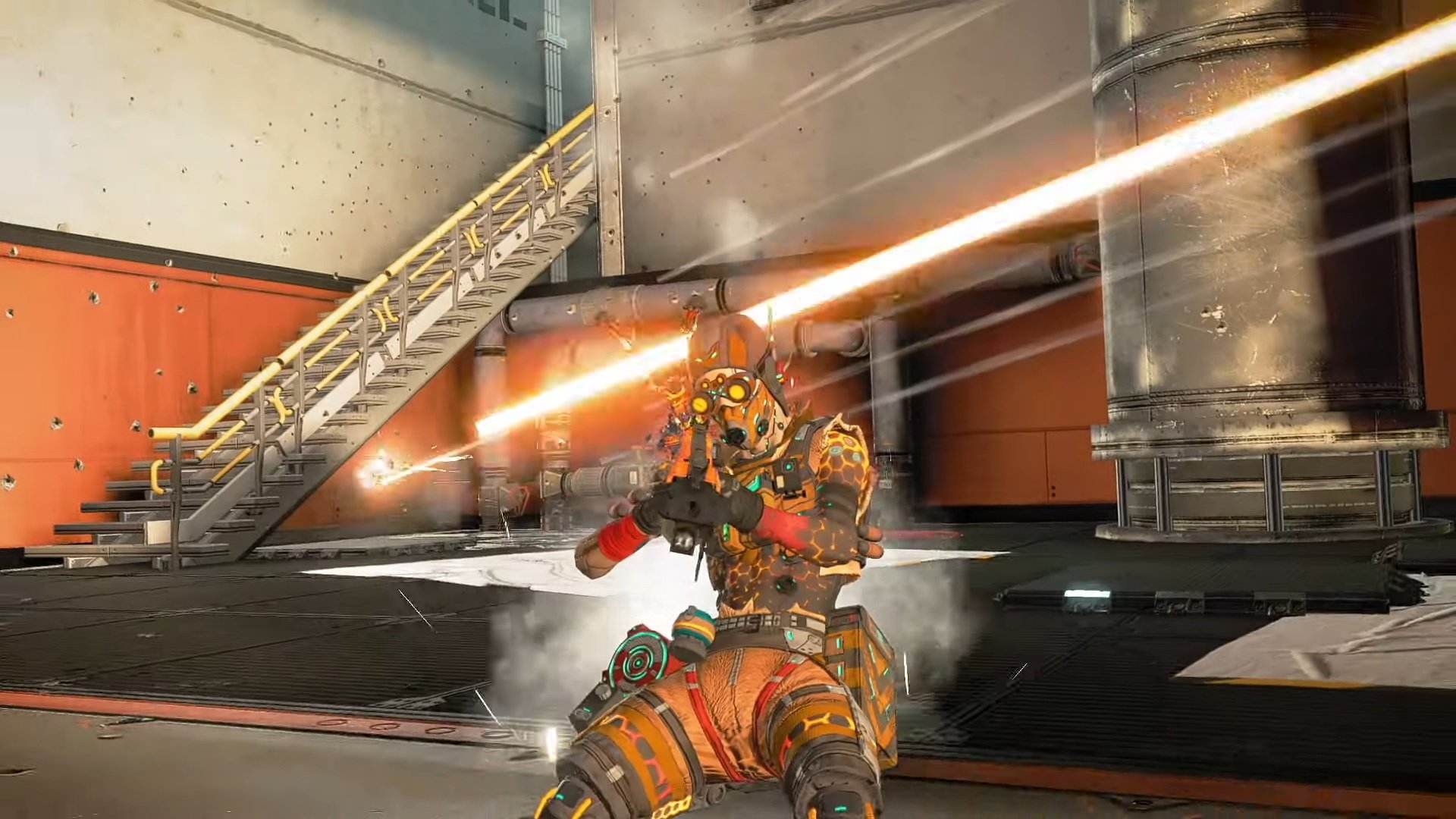 For several seasons now, Octane has been the most-played character in Apex Legends. It’s not hard to see why: his combination of run-and-gun action, aggressive plays, personal utility, and sheer movement potential embody the best of Apex and Titanfall before it. If you’ve played a round of battle royale recently, chances are you’ve either had an Octane on your squad or seen one as soon as you hit the ground.

On the flip side, Octane is so common across pubs and all ranks that he can be frustrating to play against. There’s nothing worse than dropping and dying instantly to an Octane who looted three supply chests in the time it takes you to loot one. If you’re tired of watching Octanes soar through the air and gun you down in a drive-by, try using one of these counters in your next match.

Revenant is one of the most solid counters to Octane. His Silence completely turns off Octane’s passive healing, preventing Octane from regaining health in lengthy, long-distance fights. His Silence also stops Octane from using a Stim, removing his speed from the equation. Octane’s speed is his bread and butter, so taking away his most powerful ability alongside his passive healing quickly cripples him.

While Octane makes a lot of noise when he Stims and runs, Revenant can quickly and quietly creep up on him with his full-speed crouch and wall climb. This also makes it easy to keep up with an Octane, particularly if they travel up terrain rather than across. If you’re really tired of Octane and looking for someone whose kit stops him in his tracks, Revenant is the way to go.

Ash’s power against Octane lies in her Arc Snare tactical. While Octanes are small and hard to nab, if you happen to catch one in the area of your snare, you’ve effectively rendered his Stim useless. Running quickly won’t get you anywhere if you can’t run in the first place. The slow travel speed of the Arc Snare is the only thing that constrains her—you really have to lead your shot and guess where Octane is going to go next in order for it to be effective.

Her Phase Breach ultimate is also somewhat helpful against the Outlands’ high-speed daredevil. If an Octane attempts to throw a Launch Pad down to get away from Ash, she can simply open a portal and follow him for at least part of the distance. Like Octane, Ash is all about moving quickly and pushing aggressively. Ash players can exploit this similarity to beat Octane at his own game.

A common theme on this list is “legends who have one ability that’s really, really good against Octane.” Horizon falls squarely in this category thanks to her Black Hole ultimate, which pulls everyone in a given area towards its center. Octanes caught within its area of effect will have a harder time using a Stim or Launch Pad to get away, and they’ll be vulnerable to the onslaught of grenades that a good Horizon player knows to launch toward the center of the ult.

Horizon can also escape Octane by using her Gravity Lift to go up. An Octane standing near a Horizon who uses Gravity Lift can’t follow her with Launch Pad because the trajectories don’t match up. Octane’s Launch Pad doesn’t bounce him straight up in the air—it launches him at an angle, sending him more forward than up. This gives Horizon time to reload, make a short heal, or just get a new vantage point on a marauding Octane.

Wattson counters Octane in a more defensive way. Her recently-buffed Perimeter Security slows and damages enemies when they run through its area of effect, making it easier for Wattson to take them out. This is a huge boon when facing very mobile enemies like Octane: like Revenant’s Silence, Perimeter Security works by denying him his biggest asset.

While Octane can easily run around and avoid fences on more open maps like Olympus, it’s not so easy on maps with a lot of close-quarters combat, like Storm Point. If you’re one of the last squads standing and you know you’re facing off against an Octane, covering a defensible building with fences will create a huge deterrent to him and will effectively prevent him from getting in the door.

Caustic’s Nox gas-based abilities work against Octane in much the same way as Wattson’s Perimeter Security fences. The gas released by his traps slows and damages enemies who enter its zone, effectively turning off Octane’s health regeneration since the gas damages health rather than shields. Slowed Octanes are much easier to hit, and Caustic can see them clearly through his own gas.

Again, like Wattson, Caustic works best as a counter to Octane on maps with plenty of close-quarters zones where Octane can’t see him waiting. A fast-moving Octane is much more likely to skid around a corner and hit a trap by mistake in Barometer on Storm Point than they are on the green fields of Olympus, for example. As long as you play into those situations, Caustic works extremely well as an Octane counter.

It’s important to note that Apex doesn’t have “true” hard counters like some other games have. There are legends who play better against certain characters than others, but the combat wasn’t designed to have the simple rock-paper-scissors effectiveness of something like Pokémon. With that in mind, you can still get a leg up on the Oct-mains in your lobby by playing one of these characters and being thoughtful about the way you use them.