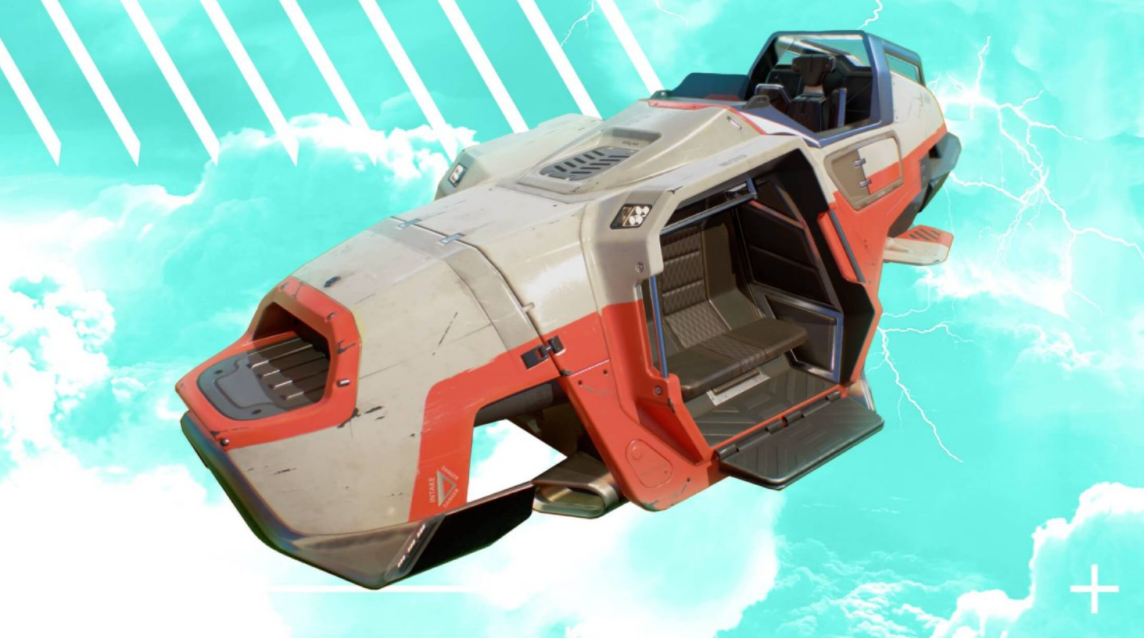 For the first time in Apex Legends history, players can trek the Outlands in a vehicle.

The Trident will make its debut in the battle royale in season seven, allowing players to traverse the vast Olympus landscape in style. But Respawn devs had to find the perfect harmony between balanced matchmaking and what senior level designer Dave Osei calls “fun utility.” And they thought of everything.

“We wanted players to feel safe landing on the edge of the map and having a quicker way to get back,” Osei said in a virtual press briefing. “The function of the Trident is that it’s a squad-based, three-person vehicle. But you have to be on the same team to be able to use this.”

The main purpose of the Trident is to transport you and your squad from one point to another as a rotation tool. The vehicle also has a speed boost, but it was given a decent cooldown so you can’t spam your way to the circle or flee gunfire. And to ensure there’s no funny business, like in PUBG, you can only jump into the hovercar when your squad has control of it. This should avoid any confusing skirmishes or suicide missions.

Some clever players may want to run over their opponents (or teammates), sacrificing precise aim for a rogue-Trident. But Respawn doesn’t want the vehicle to be used as a weapon, according to Osei. So hitting players with the hovercar won’t deal any damage.

And since you’re floating in the clouds, some trolls may want to run the vehicle off the map to wipe out their own squad—Respawn thought of that. While the Trident will still fall to its demise, players won’t. Instead, you’ll be launched back into the air to skydive back onto Olympus.

Slingshotting the Trident off the map aside, players won’t be able to destroy the vehicle since there’s a limited number on the map. Instead, shooting at the car will evenly distribute damage among all players using it. But if you want to line up a beautiful sniper shot on the driver, you can still take them out to stop the Trident in its tracks. And Arc Stars or Wattson fences will stall the Trident if it’s hit.

Since the Trident’s design was specific to Olympus, Osei says it won’t be available on other maps at this time.