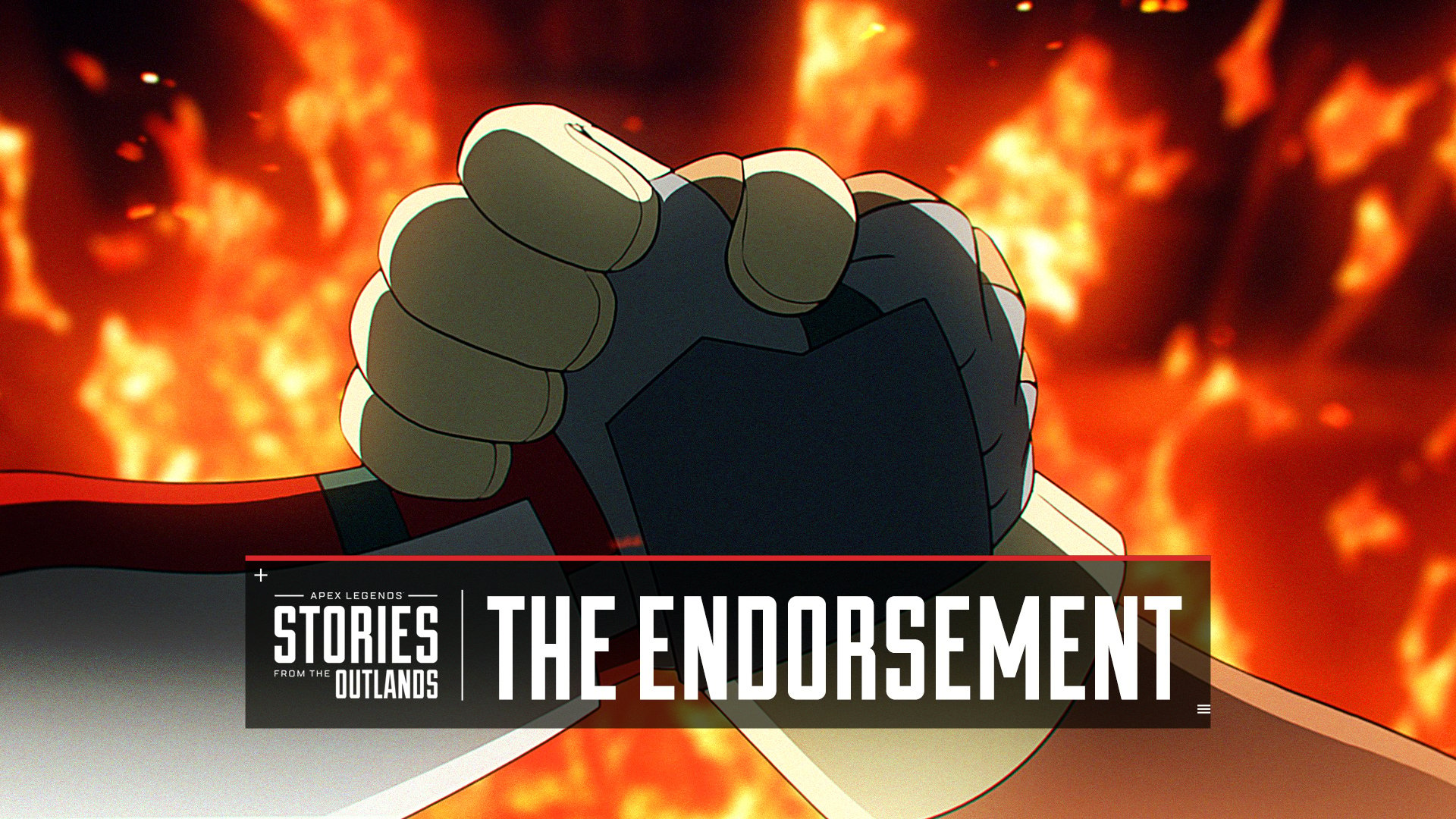 Apex Legends fans will finally learn more about the game’s next character this week. The next episode of the Stories from the Outlands series is coming tomorrow, Aug. 11, at 12pm CT. And it’ll tell Rampart’s story.

The animated short is titled The Endorsement and will recount Rampart’s origin story as part of the recurring Stories from the Outlands series—Apex‘s way of delivering lore through cinematics. So far, the only official information available on Rampart describes her as “an expert modder who made her name in underground fight clubs.” Players can expect to see how she became a competitor in the Apex Games.

A promotional image for the short shows two people shaking hands. Fans were quick to point out that one of the hands could belong to the missing commissioner and Titanfall antagonist, Kuben Blisk, who appears during the intro cutscene.

Blisk has gone missing. “No one’s heard from the man in a year,” according to a Revenant teaser. Rampart, however, sprayed World’s Edge with several depictions of the commissioner, a clear indication of a connection between the two. The gunsmith also scrawled “won’t let ya down,” which could mean that Blisk put his confidence in her.

As the commissioner, Blisk would have the power to induct Rampart into the Apex Games. Fans have speculated that he could use his position to endorse her in the competition, justifying Rampart’s fear of disappointing him and the title of the Stories from the Outlands.

The animated short goes live on Aug. 11 at 12pm CT. It’ll likely answer most of the questions that fans have—and raise several more.