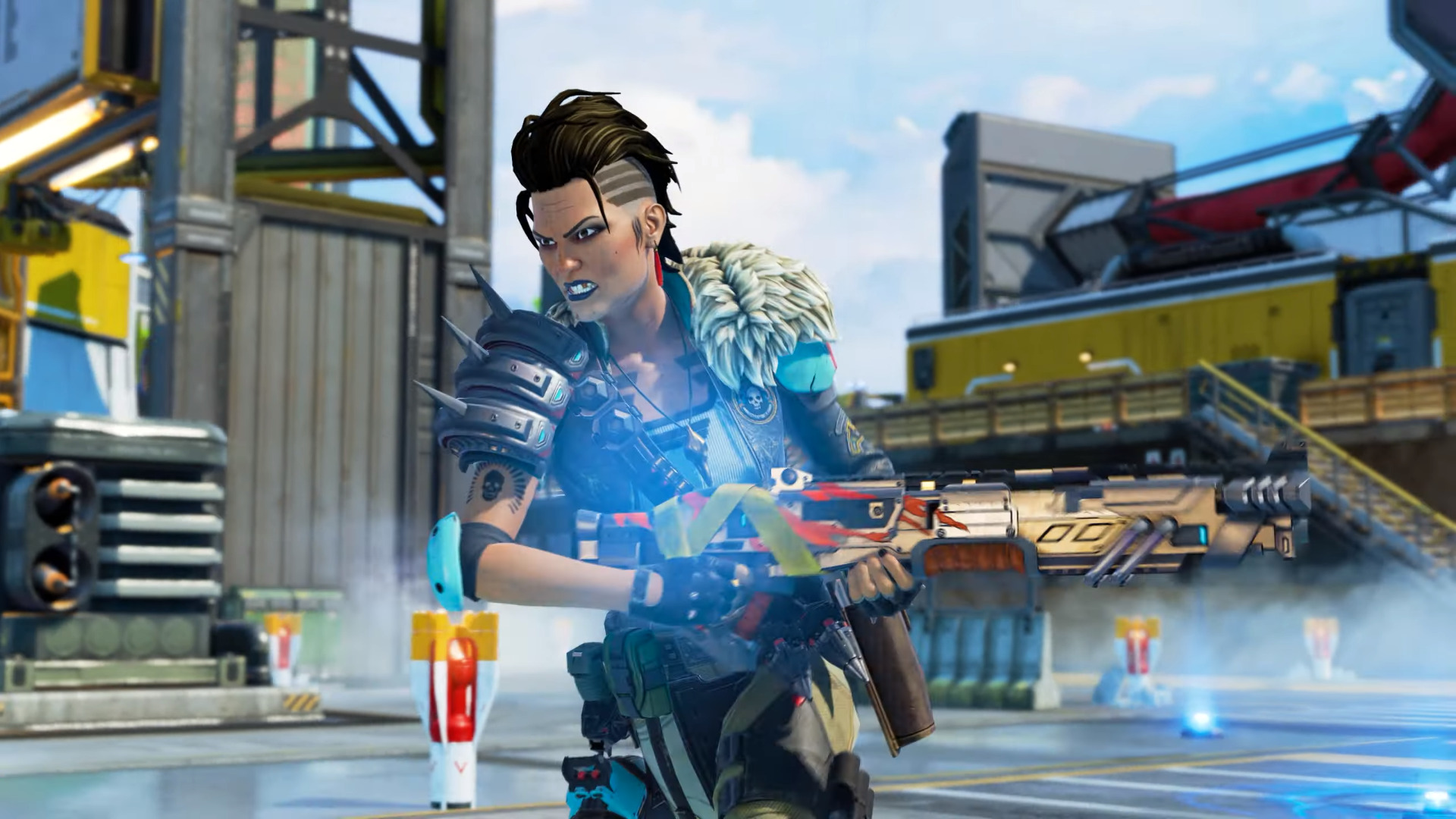 Maggie’s ability to “displace or destroy an entrenched position,” as Winder called it, “is always useful to a team, no matter the composition.” But given Gibraltar’s popularity, Maggie could potentially deny Gibraltar and his squad the safety of a Dome Shield, which is invaluable, especially in the late stages of a match.

Players can catch a glimpse of the interaction in today’s trailer, which gave fans a detailed look at Maggie’s entire kit in action. The cinematic shows Maggie firing her Riot Drill at an enemy Gibraltar’s bubble, denying him a revive and forcing him to move away. This is one of the few abilities that penetrates the Dome Shield, meaning Maggie offers a lot of counterplay to the Shielded Fortress.

That’s not to say Maggie is completely unstoppable. Wattson is a strong counter to Maggie, according to Winder, and the defensive legend has a leg up on Caustic after the Toxic Trapper’s significant tweak in season 12.