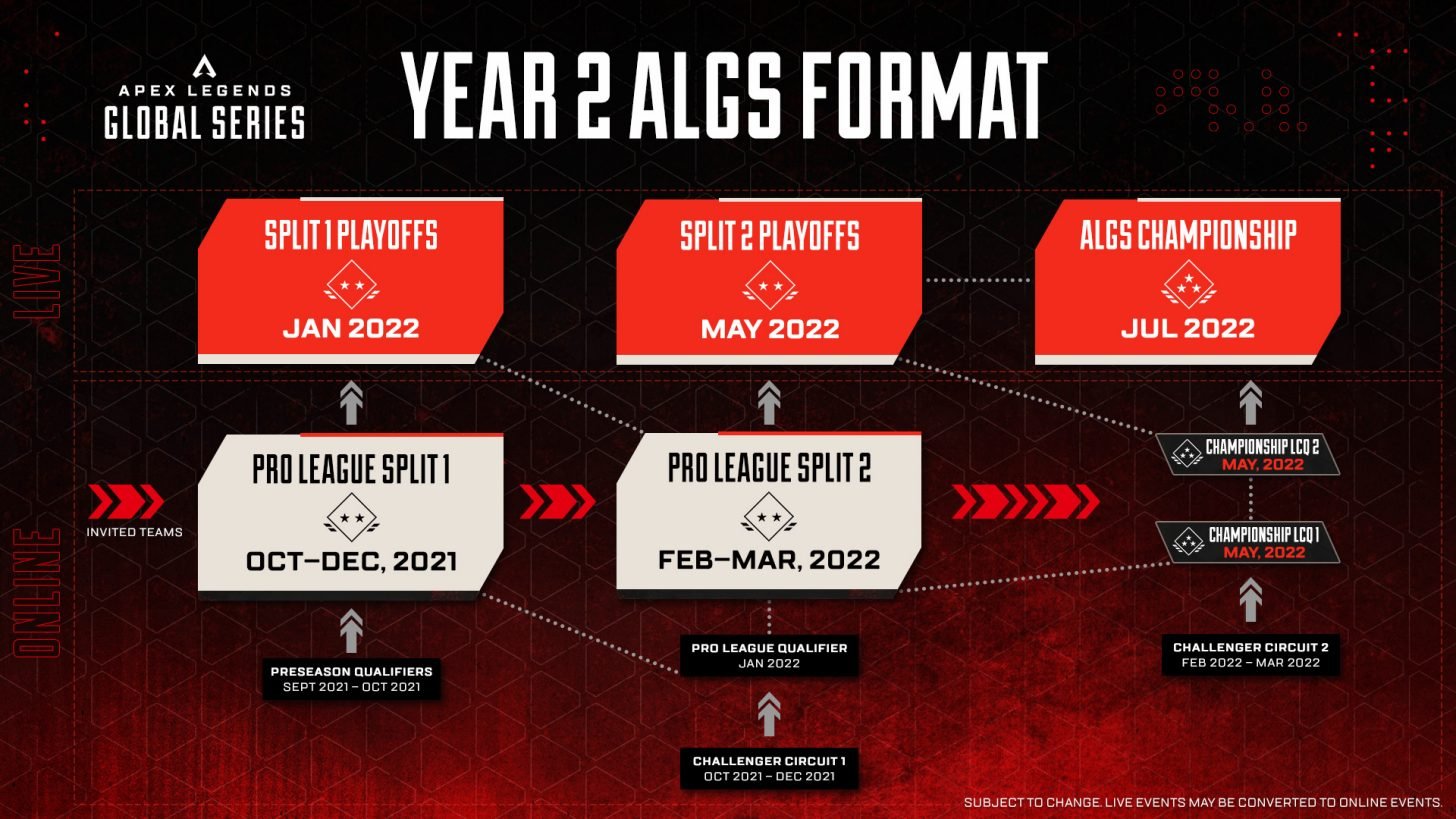 You can catch EA’s official broadcast of the competition on Twitch or YouTube, where casters and analysts will explain team strategy and zero in on big plays. The action will continue into Sunday and then take a week-long break, making a return on Saturday, Oct. 23.

The official ALGS stream can be a great source of information and expertise. But the chaos of battle royale means it’s impossible to keep track of all 20 teams at once, and even ALGS experts sometimes miss great moments. Many fans choose to watch the personal stream of their favorite players, which offers a more intimate perspective on the action, allowing fans to hear how teams communicate and coordinate their actions. Phillip “ImperialHal” Dozen, who leads TSM and has an intense style of leadership, is a perennial Apex favorite. But one player’s point of view can also be limiting. And not every team likes to stream tournaments, since it can give away strategy. Complexity and NRG are just two of the teams who qualified to the pro league who rarely or never stream; they can only be seen on the official broadcast.

The split, which is equivalent to a regular season of sorts, will continue with tournament days throughout the fall.

The 40 pro league teams—20 of which were invited, and 20 that qualified based on strong performances in the preseason—will be sorted into groups of 10 teams each based on how they did in the first year of the ALGS and in the preseason qualifying rounds. Those groups will all play each other twice over six tournament series of six games each, for a total of 36 games in the split.

Competition in split one ends Dec. 5. The top teams will qualify for playoffs and earn the lion’s share of a $500,000 prize pool. Eight teams that struggled to perform during the first part of the regular season will be demoted to the second-tier Challengers Circuit for the second split, and the top Challengers teams will be promoted.

In January 2022, should conditions allow, 40 of the best teams from around the world will compete in a playoff series at an international LAN tournament, featuring a $1,000,000 prize pool. That would mark the first LAN for Apex Legends since the Preseason Invitational in September 2019.