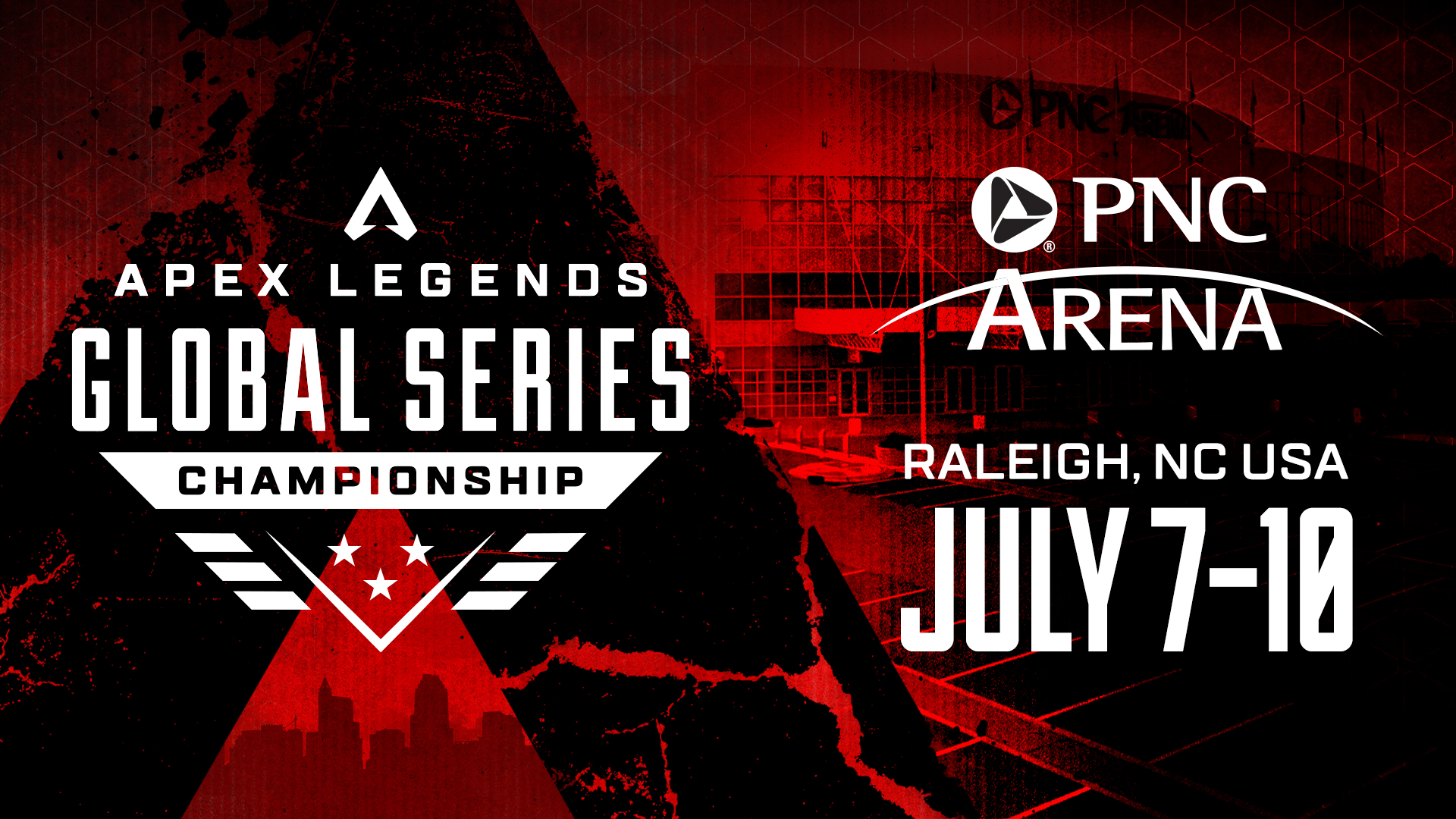 The second year of the Apex Legends Global Series will culminate in July with the ALGS Championship. The LAN event will be held in Raleigh, North Carolina, and feature the best Apex teams from across the world competing in front of a live audience for the first time since the Katowice Preseason Invitational in 2019.

With a massive prize pool and plenty of teams, rules, and streams to keep track of, viewers will need to stay up to date on how it all fits together. Here’s everything you need to know about the ALGS Championship, including how to watch it, all teams and groups, the format, and more.

How to watch the ALGS Championship

The ALGS Championship will be broadcast both on the PlayApex Twitch channel and the Apex Legends Global Series YouTube channel.

There will also be a B stream of the event available for the Split Two Playoffs hosted by 100 Thieves star Jack “NiceWigg” Martin alongside Charlotte Phoenix pro Athanasios “MrGreekGod” Alestas, both of whom will be on location in Raleigh.

As with the second split of Pro League and the Split Two Playoffs, multiview will be enabled on the official Twitch broadcast. This feature will allow viewers to watch the matches from any team’s perspective, as well as being able to watch multiple views in split screen, and navigate to the official broadcasts in languages other than English.

The ALGS Championship contains three separate stages: the group stage, the bracket stage, and the finals. Each stage has its own format in terms of teams being eliminated, qualifying for the next stage, or attempting to win the entire event.

The group stage will begin on July 7 and kicks off the Raleigh LAN. In the group stage, the 40 teams that qualified for the Championship will be divided into four groups of 10. These groups will be paired with other groups and play a six-game series of matches, similar to the Pro League regular season.

Throughout this stage, groups play all three opposing groups, resulting in each team playing 18 games on the opening day. Every game the teams play in the group stage will result in the team accumulating points via kills and placement. This point system is consistent with the normal Pro League rule set. Teams are rewarded one point for every kill and then points per placement as follows: 12 points for first place, nine points for second, seven for third, five for fourth, four for fifth, three for sixth and seventh, two for eight through 10th, one for 11th through 15th, and zero for 16th through 20th.

The points teams earn over the course of all 18 group stage games they play are added together in a cumulative total match score, and those point totals are used to rank all 40 teams.

At the end of the group stage, the top 20 teams based on total match score will advance to the winners bracket. The bottom 20 teams will go to the first round of the losers bracket. No teams will be eliminated on the first day of competition.

The winners bracket will feature the teams that finished between 1st and 20th place in the group stage. At the end of the round, the top 10 teams qualify for the finals and receive advance starting points in the final round. The bottom 10 teams will fall to losers bracket round two.

The finals round of the ALGS Championship will take place on Sunday, July 10. The final day of competition will use the match point system, where teams can only win by reaching a threshold of 50 total match points and then winning a game. Teams can’t simultaneously reach the 50-point threshold and win the tournament in the same match, meaning teams will not win the Championship if they enter a game with 45 points and win that game, increasing their point total over 50. They must be at 50 points or more before a game starts to be eligible to win the title.

The placement of the final 20 teams after the winner will be determined by total match points from the finals.

What teams are in the ALGS Championship?

Here are all the teams participating in Raleigh, split into their groups and with their region noted in parentheses.

*Originally, Team Empire (EMEA) were slated to play in Group A. But the team announced that none of its players were able to obtain visas to enter the U.S., and as such, the team can’t compete in the ALGS Championship. The team has been replaced by AYM Esports.

Every team that qualified for the ALGS Championship will receive a portion of a $2 million prize pool. Taking home first place in the finals will net the winning squad $500,000, with the second-place team winning $300,000. Third place will receive $200,000. Every team is guaranteed to receive at least $9,000, which will be the prize for finishing in 31st to 40th place overall.

There is also an Apex Predator award given to the player who records the most eliminations over the course of the playoffs—it has a $3,000 cash prize to go alongside it.

Players who test positive for COVID-19 will not be eligible to play in the ALGS Championship, according to reports from players. Players will be tested for COVID-19 on a daily basis. In the event of a player testing positive at the LAN event, teams may use a substitute player, just like at the Stockholm LAN earlier this year.

Players are not required to be vaccinated for COVID-19 to attend and play in the event. Unlike at the Stockholm LAN, there will be a live audience in attendance to watch the ALGS Championship in Raleigh. Attendees for the event must show proof of vaccination or a negative COVID test to enter the event and must wear masks while in the event venue.