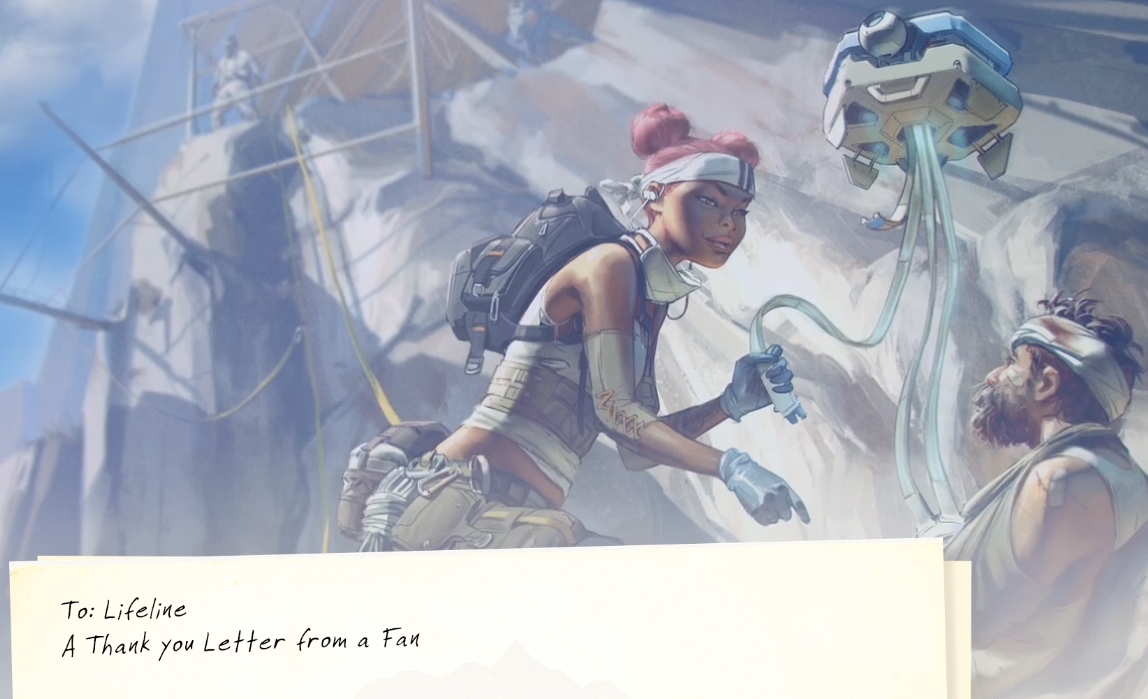 The most recent piece of content released from Respawn for Apex Legends isn’t a piece of playable content, but an addition to the lore behind Lifeline.

Lifeline is a field medic, but she did more than just revive fallen teammates, according to a letter a fan sent her. In fact, it seems she had a pretty noteworthy life before jumping out of dropships and fighting to be a member of the last squad standing.

This fan is a mercenary whom Lifeline saved and whose life she permanently changed. The mercenary thanks her for her life-saving service, but also comments on events beyond Apex and tie in with the greater Titanfall universe.

He writes about a few notable events, but one that stood out most was his mention of the Frontier War. This war is the main conflict that takes place across all the Titanfall games and the mercenary’s mention of this war, grounds Apex to the greater world around it.

The mercenary includes a portrait of the day Lifeline saved his life. This product of his newly-acquired artistic interests depicts Lifeline sporting her default outfit from the game at the bottom of a cliff providing aid to a wounded man. It is nice to see Lifeline being a medic in a more altruistic light than on the battlefield of a life-or-death tournament.

While short, this letter and accompanying portrait are welcome additions to what exists so far of the Apex Legends lore. As of now, backstories and lore are very minimal, so any new pieces of content created for that purpose are eagerly awaited.