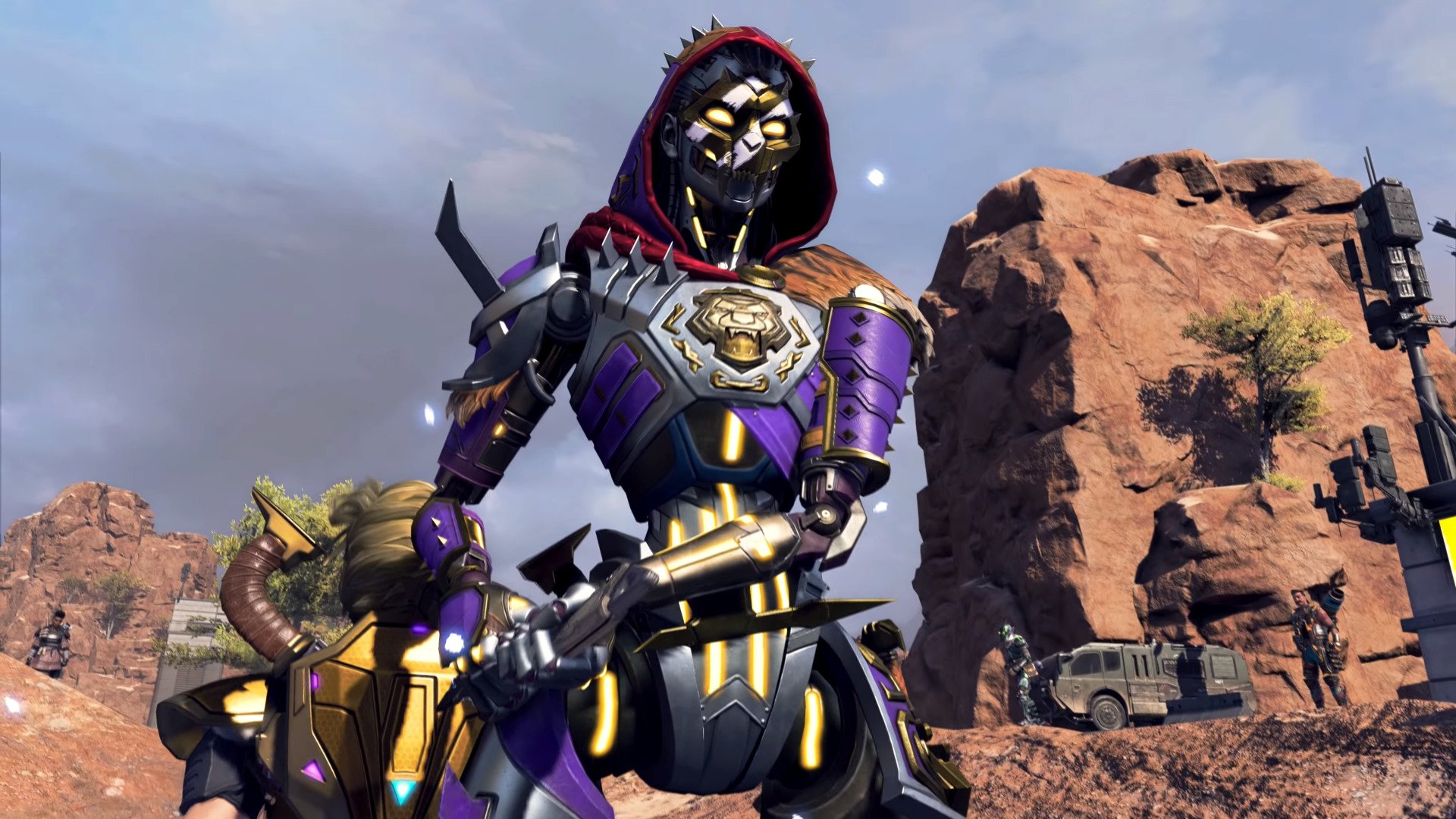 The next Apex Legends collection event, Warriors, will arrive on March 29. It’s packed with cosmetics to bring out your inner fighter as you battle for dominance over a new Arena map and the returning Control limited-time mode.

The Warriors collection event will run for two weeks, from its start date on March 29 until April 12, and it will feature everything you’ve come to expect from promotional store deals and a new heirloom to free rewards you can snag throughout its runtime.

To make the most out of those two weeks, here’s everything you need to know about the Warriors collection event in Apex.

With each new collection event, a new Mythic item is released as its ultimate reward. The Warriors collection event is no different and Crypto’s heirloom, the Biwon Blade, will be unlockable for any player who purchases all 24 of the event-limited cosmetics. This is one of the larger heirlooms to be released, Crypto brandishing a retractable sword complete with the tech and gadgetry you’d expect of the Surveillance Expert. From the trailer, it also appears that it comes with a set of unique third-person melee animations to give it a more authentic presentation.

The return of Control

The hugely popular limited-time mode Control is back in the Warriors collection event. While it was originally hosted at Hammond Labs at the beginning of this season, Control’s return will take place at Caustic Treatment on Kings Canyon. Additional cover and ziplines have all been added to the POI to refine it for the symmetrical respawn-based combat of Control. Zone B even takes advantage of Caustic Treatment’s original features, placed deep within the lab and at threat from anyone choosing to raise the toxin levels while a team is attempting a capture.

Arenas continues to receive a steady supply of new maps, this time introducing a new battleground called Drop-Off hosted far above the city skyline of Malta on Psamathe. Drop-Off is made up of both a large interior and exterior space with their own combat flows to contend with. The map also features dynamic cover in the form of a moving conveyor line of containers. Drop-Off is all about choice, in where you fight, how you rotate, and the range of the engagements you take. But beware, only modest railings protect you from an all-expenses-paid trip to the city below and to an early death.

Twenty-four cosmetics total come with the Warriors collection event, but the set of new Legendary skins is where the real spotlight lies. The featured legends are all dressed up in science fiction reimaginings of more traditional warrior attire, complete with matching Legendary weapon skins that complement the wardrobe. So far, Legendary skins for Ash, Octane, Horizon, Loba, Lifeline, Rampart, and Caustic have been revealed. While the majority of these will only be available through the collection event itself, Jaeger Caustic and Rumble Ready Rampart will also be in bundles for the event’s store offers.

The bonus reward tracker for the Warriors collection event offers the opportunity to earn some free loot alongside the paid portions of the event. The Warriors reward tracker features a new music pack, charm, Epic Mirage skin, and two Epic weapon skins for the 30-30 Repeater and L-STAR. Completing event-themed challenges throughout the two-week run of the Warriors collection event will net you points toward getting these rewards, with 1,600 points possible to earn each day. Five thousand points in total are needed to earn the entirety of the reward tracker’s offerings before it all goes away on April 12. 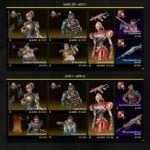 Legendary and Epic skins from previous Apex events will be returning via a limited-time event storefront alongside bundle options for two of the new Legendary skins. This storefront will change every three to four days, so make sure to log in if you want a specific returning skin before it goes away. The new Rumble Ready Rampart Legendary skin will be available throughout the two-week period in a bundle with seven collection event Apex Packs alongside a cheaper offer with the Jaeger Caustic Legendary skin that includes three collection event Apex Packs.

A small sprinkling of balance changes

Sandbox changes might be on the lighter side since it’s only a collection event patch, but a few notable adjustments have been made that Apex players can expect to dive into on March 29. The G7 Scout is getting a few small buffs, with Double Tap’s burst fire delay reduced from 0.475 to 0.375. General recoil improvements have also been made to this toggle mode and the weapon’s ammo reserves have increased to 140 from 120.

Players who have been struggling to find Hammerpoint Rounds since the launch of the season will be relieved to know that the spawn rate of this hop-up will be getting increased in the Warriors collection event, alongside the Kinetic Feeder hop-up. Deadeye’s Tempo, Shatter Caps, and Boosted Loader are all getting their spawn rates nerfed in tandem to balance out the field.