Standing on the shoulders of Titans: Behind the scenes of Pathfinder’s Quest, Apex Legends’ first lore book

The book is the culmination of two years of storytelling—and a sign that there are many more to come. 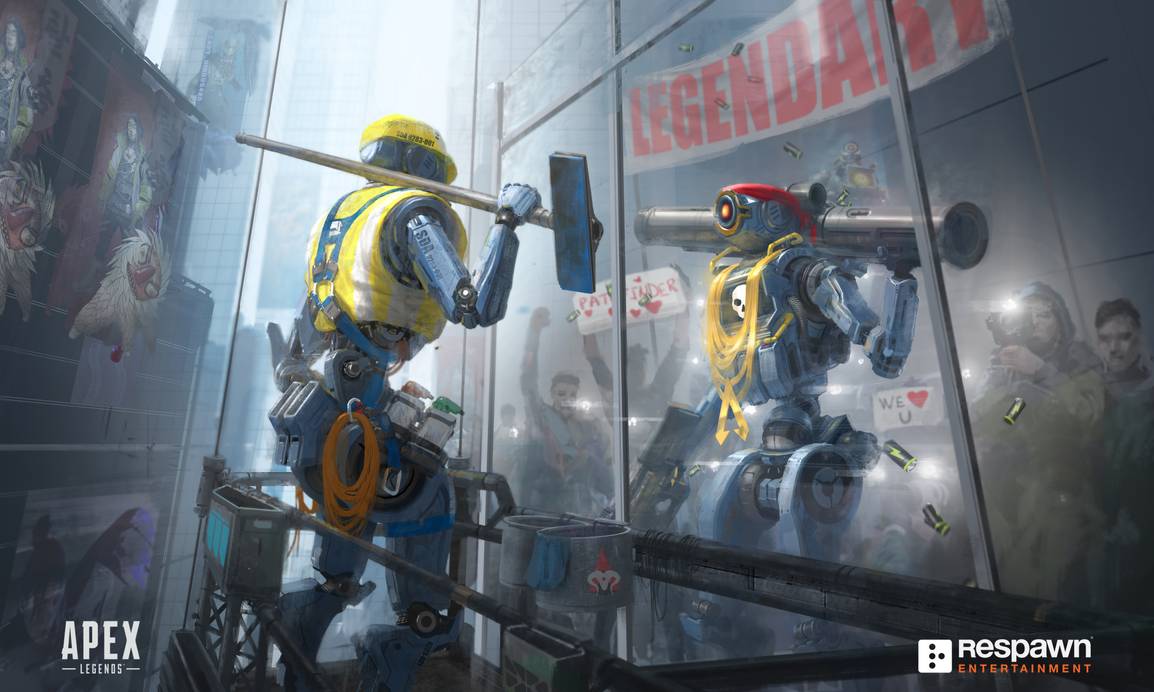 The Outlands are a ruthless part of the Frontier, one that struggles to find its stride after decades of conflict and years of truce. The tenuous peace is held together by the fist of the Mercenary Syndicate, a criminal institution that functions as the closest thing to a government in the region and that organizes the Apex Games. Even on Gaea and Psamathe, which have their own police forces, there’s nothing that the right connections or the right amount of money can’t buy. And, failing that, one can always try to take it by force.

Pathfinder’s unwavering optimism can feel out of place in the harsh setting of Apex Legends, and rightfully so. He’s a MRVN unit who asks for high-fives from his competitors and makes friends easily—because according to him, all it takes to call someone a friend is talking to them for more than a minute.

Despite being friends with nearly everyone in the Outlands, Pathfinder still doesn’t know the identity of his creators. His search has been a core plot of his character since the battle royale launched. And two years later, Respawn revealed the answers that fans were looking for—but not in-game. Pathfinder’s Quest, Apex’s first lore book, is a 208-page adventure that recounts Pathfinder’s search for his creators and reveals secrets, memories, and stories about the rest of the legends as well. Telling that story, however, took two years, 15 legends, and a little help from a familiar franchise.

The Apex universe stands on the shoulders of Titans. The setting for the battle royale is an heirloom from its sister franchise, Titanfall, built upon the ruins of the Frontier War and the IMC. Telling that story plays a role in setting the stage for the narrative for readers who aren't familiar with Titanfall lore, or even with the Frontier itself.

“The first half is about the player and reader's journey to understand,” lead writer Manny Hagopian told Dot Esports. “The second half of the book is really about Pathfinder's journey.”

The Apex universe, however, has evolved far beyond Titanfall. The 18-year gap between the two games is a means to create a different setting for a different story—one with its own personality, significance, and message. Apex “needs to be different” from Titanfall, according to Hagopian: “It is its own thing. It lives in the same world and there's some connected threads, but it is a spin-off.”

“The big difference between Apex and the Titanfall games is that Titanfall is a war and Apex is not,” Hagopian said. “And not everything is dark and gloomy and trying to win and trying to end something.”

So whenever an element from Titanfall makes its way to Apex, it has to adjust to the new context and follow the new formula. Hammond Robotics, for instance, rebrands itself as the “new Hammond Robotics,” as opposed to the “original” company that formed the IMC. It's an in-universe PR move, but one that has deep implications for the story.

More importantly, Apex is also about “this camaraderie amongst these legends, these misfits, this family,” according to Hagopian. That sense of togetherness shows that “love, friendship, and caring” can go a long way, even in dark times or unlikely scenarios. And arguably no character embodies that message more than Pathfinder.

Pathfinder doesn't have just one singular creator. Instead, his design comes from a group of scientists who hailed from all corners of the Frontier. This plurality instills the perspective that his existence “is connecting all the different parts of the Outlands together, all in this one corporate person, this personality which is created out of love and friendship and caring,” Hagopian said. It's an idealistic outlook—and one that the Outlands desperately needs.

Pathfinder's creators wanted to forge more than just a MRVN. They wanted another member of the Group. To design him, each creator added a piece of themselves to his personality. Pathfinder's love for his friends comes from Newton Somers, Horizon's son. Friendship mattered to both of them and it quickly became one of the character's most striking elements.

The Group doesn't just connect each corner of the Outlands together. They're also a link between the past and the present. Dr. Amélie Paquette is Wattson's paternal grandmother who wanted a better future for the Frontier and for her son. Aleki Gibraltar has the same demeanor and mannerisms as his grandson, Makoa. Newton Somers was Horizon's long-lost son and her reason for joining the Games. And decades after their deaths, the Group still lives on—in Gibraltar's memories, in Wattson's anecdotes, or in Pathfinder himself.

The MRVN's quest echoes the sense of collectivity, synergy, and belonging that the Group shared in its prime (if you don't count Dr. Reid, that is). To find the truth, Pathfinder must enlist the help of his fellow legends and discover where they all fit into the story. And, for the most part, they're willing to lend a hand—even if it means opening up painful, old wounds.

The truth about Pathfinder's creation is hidden deep within the backstories of his companions. Following clues such as Chevrex, Dr. Amélie, and Aleki requires the help of other legends and a willingness to dive back into their (often tragic) pasts in search of the answers. Luckily, Pathfinder's unwavering optimism makes him the perfect character for the job.

“He's the kind of person you'd be willing to talk to, because you can tell he's not gonna judge you,” Respawn writer Ashley Reed said.

“He's not gonna fight you on it. He wants to be everybody's friend,” Apex writer Tom Casiello added. The book would be much shorter if Crypto or Caustic tried to play that role.

Despite what the name may imply, Pathfinder's Quest is hardly just about the MRVN. The search for Pathfinder's creators is often juxtaposed with the story of each individual legend and the journey takes the reader across the Frontier—from Gaea to Gridiron—through the eyes of the rest of the cast.

Each legend contributes to the story in their own way. Lifeline offers a thorough, textbook-worthy timeline of the Frontier since 2122. Mirage tells the story of how he lost his brothers during the civil war. Loba and Octane's luxurious lives make them perfect for talking about the Syndicate planets. Everyone has their own expertise, but finding a balance between knowledge and exposition was a tricky part of the process.

“We definitely had the idea of what we wanted to talk about,” Reed told Dot Esports. Starting from there, it was a matter of “finding the right places” to insert that information. Pathfinder can break down the defenses in even the most reserved, taciturn legends. Bangalore's chapter is a rare firsthand account of the Battle of Gridiron and what caused the Blackout that cut off communications in the Outlands and caught the planets by surprise.

Her detailed account of her brother's disappearance or the tradition of making bottle cap bracelets whenever a family member went on active duty, however, are just as compelling as her story of the IMS Hestia. The stories give a look at another side of Bangalore—one that misses her brother deeply and still believes he’s alive and somewhere in the Frontier, instead of the usual drop-shock-and-rock Sergeant Williams.

Apex is about the camaraderie and friendship between the cast, and Pathfinder's Quest is a strong embodiment of those values. In 2658, Pathfinder was created with a great purpose of ensuring the future of the Outlands. Decades later, he found out another calling: He’s the soul of the Apex Games, “the purest part,” and he brings the legends together—much like his creators united the Outlands in the past. 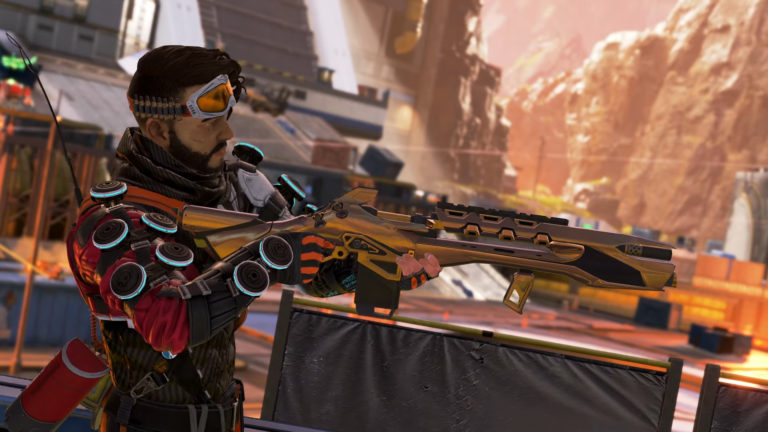 The best scopes in Apex Legends 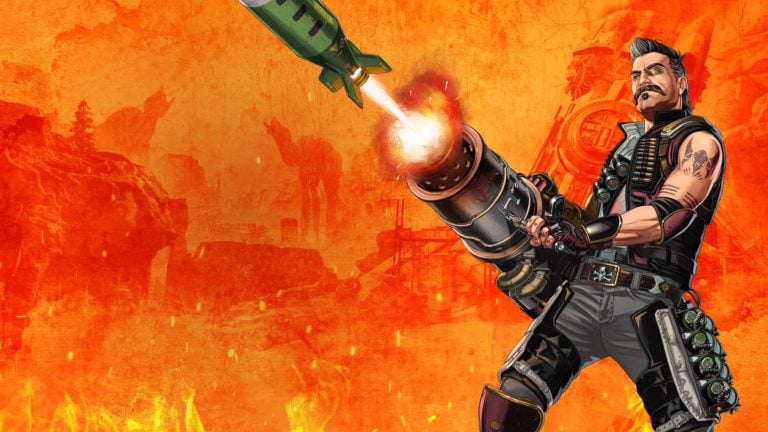 How to fix the “No server found” error in Apex Legends 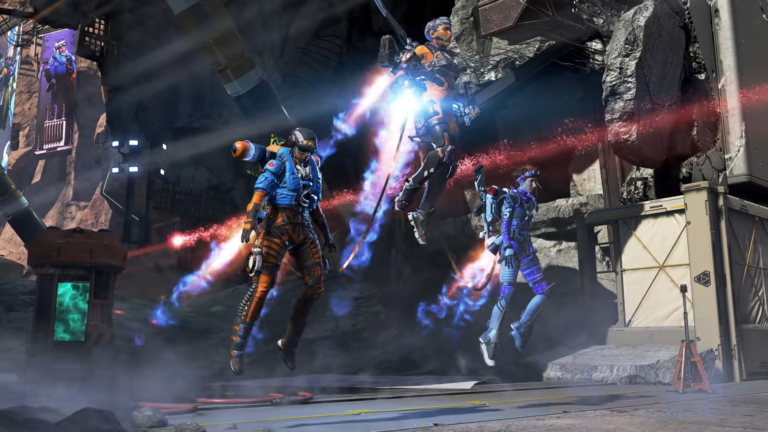 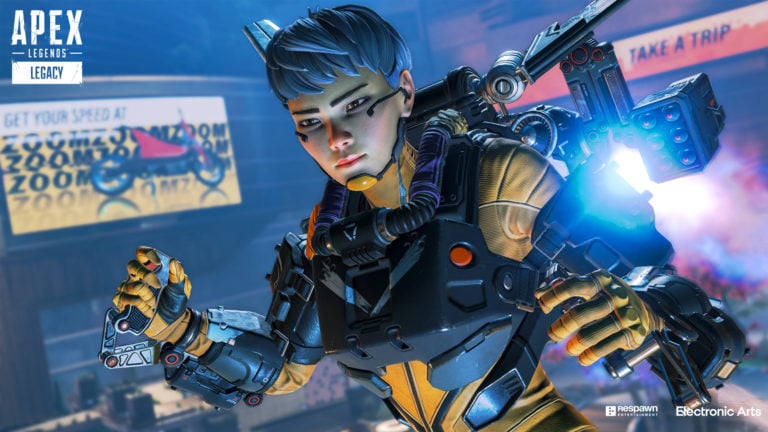