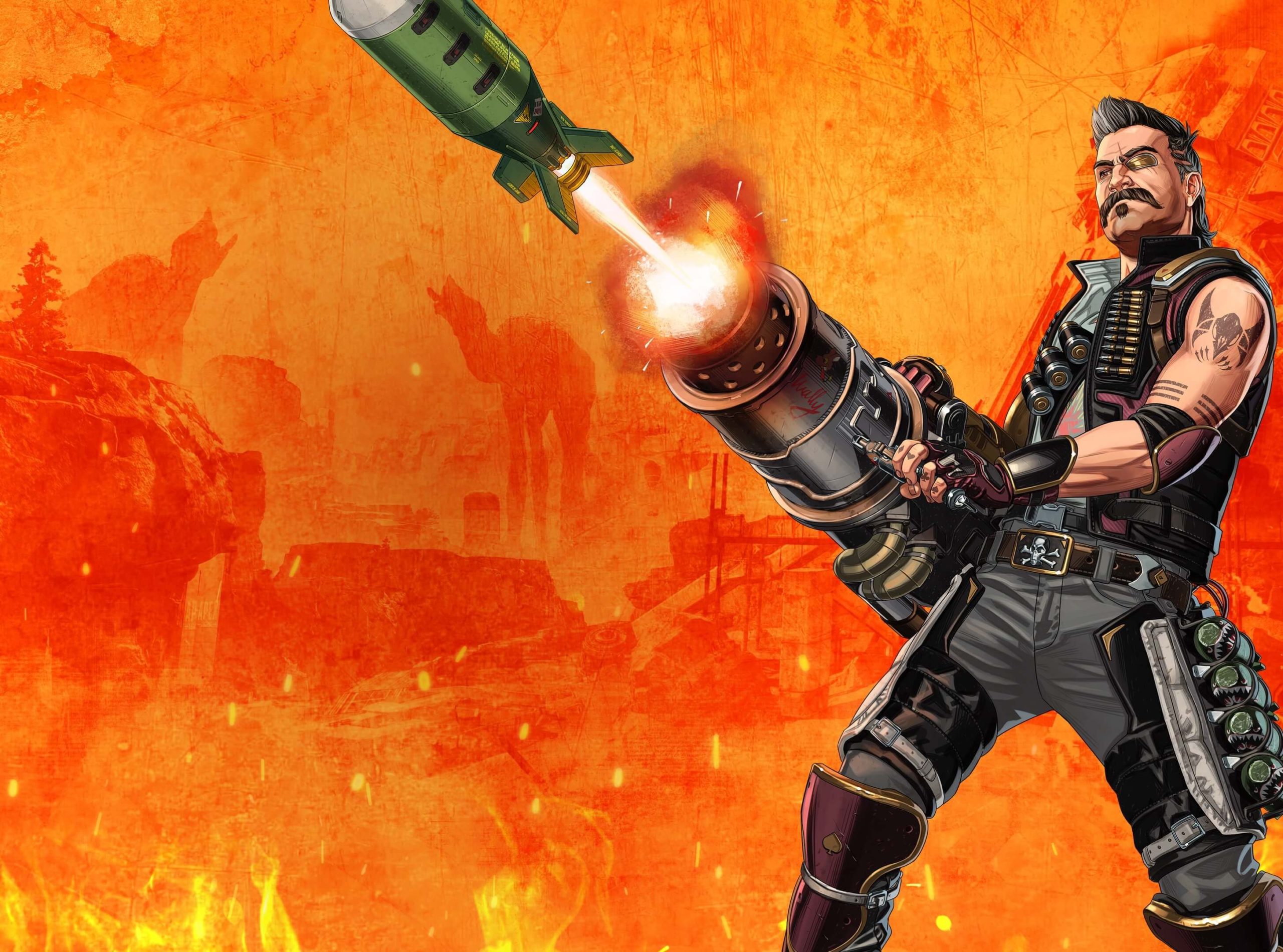 Apex Legends’ latest episode of Stories from the Outlands is a blast—literally. The animated short introduced fans to the upcoming legend Fuse, a demolitions expert, who will fit right into the Apex Games.

But Fuse won’t join the Apex Games by himself: he’s bringing his trusty 30-30 Repeater Rifle with him.

The animated short shared more information on his background. The Salvonian native knows his way around guns and seems to have served as a mercenary before making his way to the underground fighting circuit. He participated in the Bone Cage, Salvo’s take on the Thunderdome—an anything-goes style cage match—and was crowned champion.

With Salvo’s recent addition to the Syndicate, Fuse moved to the Apex Games and decided to leave Salvo for good. It drew the ire of his childhood friend Mags—a member of the Salvo M.C. and an opponent of the Syndicate. Early into the short, the two stumble upon dead Salvonian freedom fighters from the resistance, whom she calls “real Salvo badasses.” “They fought for our freedom,” she says.

In addition to Fuse, season eight will bring a new armament to the fight: the 30-30 Repeater Rifle. This lever-action rifle “picks apart the opposition with hard-hitting rounds,” according to the season eight page. It’s also Salvo’s most popular weapon—another Salvonian export to the Apex Games.

Previous teasers revealed that Salvo is the latest planet to join Syndicate space, after fighting off the organization’s attack. A memo in Wattson’s room reveals Salvo is under a new administration “more sympathetic to the cause of peace in the Outlands,” according to PR director Jacob Young. It also hints that Salvo could have exceptional knowledge of armaments, a possible nod to the 30-30.

Another teaser revealed the existence of the Salvo M.C., one of the factions in the Salvonian power struggles. Mags sports a vest with the logo for the M.C., which points out that the organization is heavily anti-Syndicate and part of the resistance.

Fuse will arrive at the Apex Games on Feb. 2 when the next season, Mayhem, drops—alongside a new weapon and an “obliterated Kings Canyon,” according to the official season eight page.