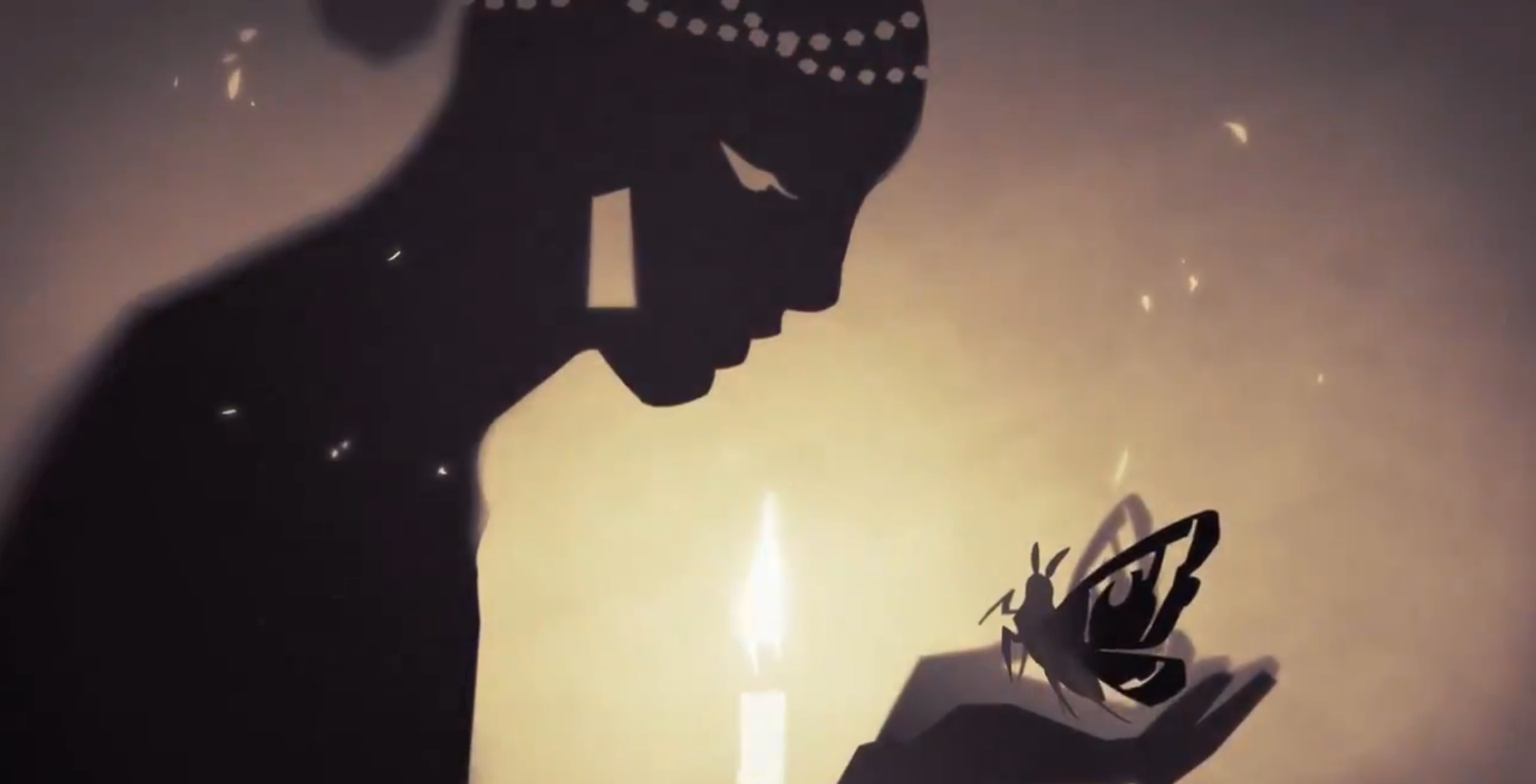 Respawn continued to tell the story of “The Moth and the Flame” in another video released today. The short picks up from where the first chapter left off and introduces a new character: the moth. The fairytale-esque story is likely a hint at the next legend’s background.

In this chapter, the lone princess spends the night waiting and weeping for her love, a young man who stole her heart. The king and queen arrested the boy, however, and their daughter cried through the night. A moth paid her a visit, drawn to the flame of her candlelit vigil.

The moth touched the flame and caught on fire, but the princess’ tears quenched the flame. As a token of his gratitude, the moth offered to help the princess find her love—under one condition.

“Bemoaning its cursed lot, the moth confessed it was always drawn to that which would do him harm,” the video says. “It wanted to be reborn as her child, to be free of this curse.” The princess “swore a blood oath” to grant the moth its wish and the two set off into the night.

The second chapter continues the Grimm-like narrative that likely serves as an allegory to the backstory of the battle royale’s next legend. Game director Chad Grenier referred to the legend as a “he” during the EA Play Live Spotlight, although who that legend is in the story is still a mystery that will become clear as Respawn continues to build up to the game’s tenth season.