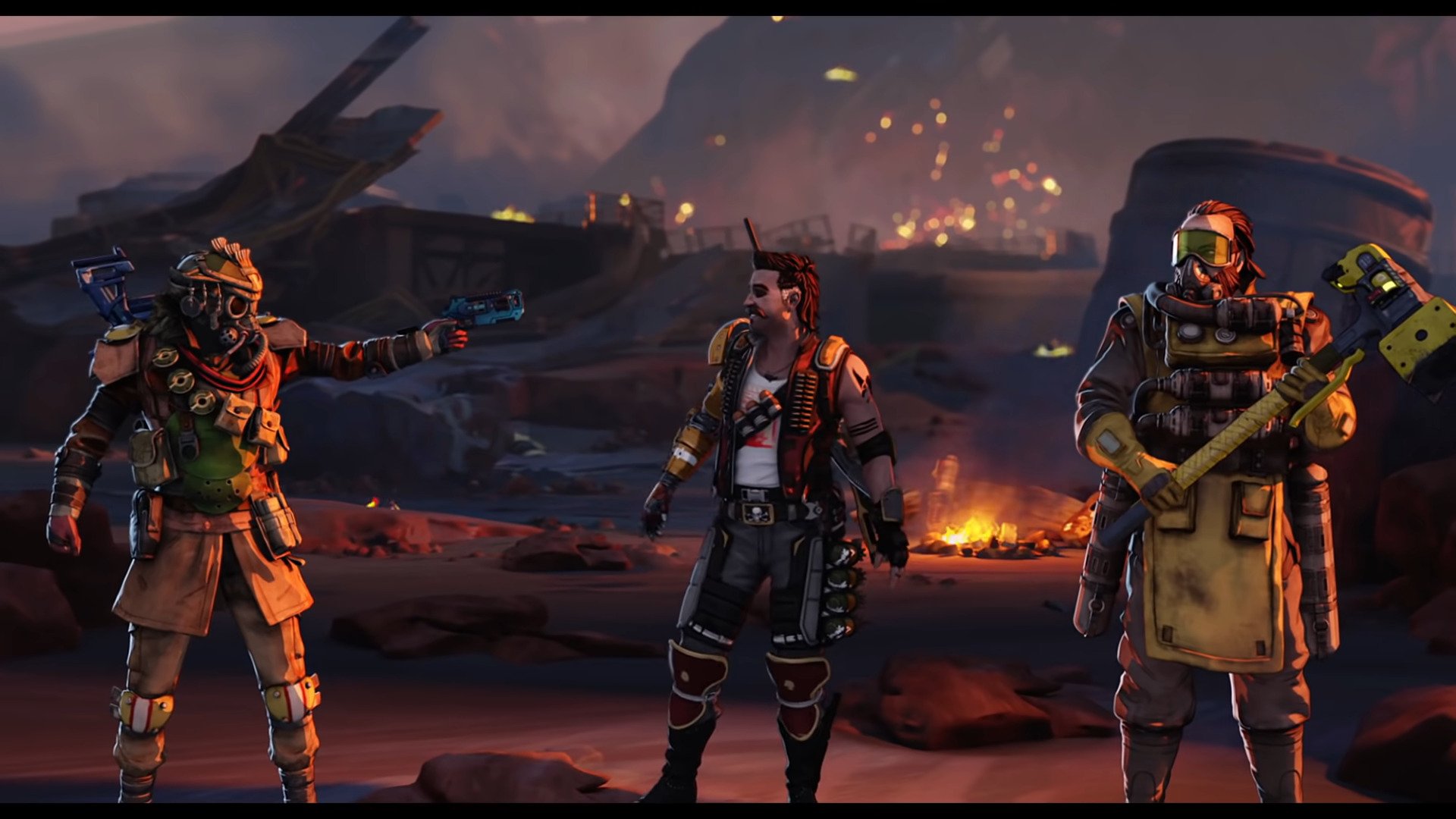 It all started with a Wingman drawn at the threat of a friendly butt slap in the season eight launch trailer. But now, six seasons later, new interactions released with Apex Legends‘ latest season, Hunted, have fans buzzing about the budding relationship between Fuse and Bloodhound. The pair’s previously friendly interactions have been replaced with something leaning heavily into the romantic and have granted players a window into something entirely unexpected: a very flustered and deeply enamored Bloodhound.

The nature of the relationship between Apex‘s nordic-esque hunter and the loose cannon from Salvo has been a topic of discussion since Fuse’s introduction in season eight. Alongside Lifeline, Bloodhound teamed up with Fuse to take down Mad Maggie in the seasonal quest and even at one point implied that Fuse reminded them of a former lover called Boone.

In these new interactions, Bloodhound struggles to hide their embarrassment at direct flirts from Fuse, stumbling over their words repeatedly. “Just what the doctor ordered. And I’ll take that loot too,” Fuse teases in one line thanking the hunter, to which Bloodhound responds “anything to keep you at my side,” before forcing out a stammering correction to say “uh… fighting at my side.”

It gets even worse for the otherwise stoic Bloodhound when Fuse calls them out on referring to him lovingly as “my mate” in another interaction. Tripping over their words once more, Bloodhound tries to correct themself. “Oh, nei… I am veikr with your tongue.” Realizing how that sounded—veikr roughly translating to mean weak or pliant, according to u/Graviton_Lancelot—they quickly tried to replace “tongue” with “language,” but the damage was already done.

“Holy shit, Bloodhound ain’t slick,” as one comment on the Reddit post featuring the new interactions aptly puts it. “Fuse is eating that up.” The rest of the comments seem to clammer in agreement, the excitement of the fans summarized well by another reply simply saying that “Bloodhound getting flustered is the cutest shit ever.”

In a social media landscape that often provides a toxic fandom environment surrounding the prospective relationships between video game characters, most Apex fans appear to be in agreement that Fuse and Bloodhound’s steady progression from friends to something more is an exciting development.

“Some people complain it’s forced or unnecessary,” u/Rasputin_The_Warmind said. “But seeing Bloodhound loosen up a bit and getting flustered like this is so damn adorable and I’m all for it.”

“I’ve been calling it for seasons,” another user said. “So glad we’re nearly there with their relationship.”

With season 14’s quest, titled Friends Like These, stating that Vantage will be diving deep into the “tensions, heartbreak and secrets” of her fellow legends, one has to wonder if these new and far more explicit interactions for Fuse and Bloodhound are teasing some major developments coming their way in this season’s lore drops.