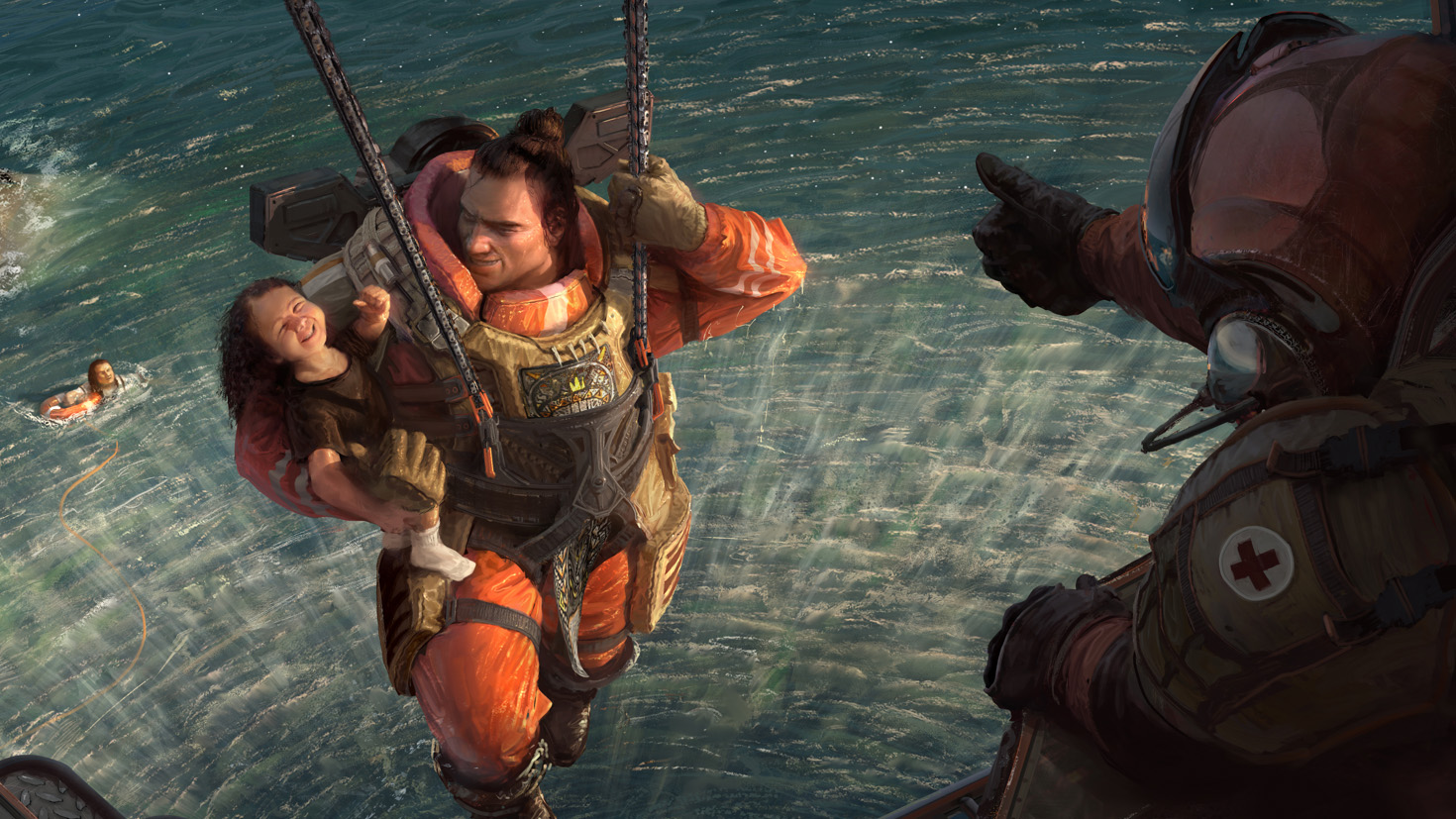 Gibraltar’s Airstrike can be lethal when used in the right hands. After all, in a battle royale game, there are only a handful of situations where you can’t escape by barraging your enemies with missiles.

Apex Legends player C Fly24 found a more creative use for Gibraltar’s Airstrike, however. He used it as a visual distraction.

The player was climbing a balloon to storm a squad that set up camp on a tower. The campers were bundled up inside a ring of Wattson’s electrified fences and taking shots at C Fly’s teammates.

He used his ultimate shortly before he reached the top of the balloon, which forced the enemies into a defensive position and destroyed the enemies’ electrified fences. He left the balloon and dropped in alongside the last salvo of rockets, flying in unnoticed by the campers.

The Gibraltar player then dropped down and took the squad completely by surprise. He downed one of the players before they could even react and caught another one in his crosshairs while they tried to use a shield battery. The player easily took down the remaining foe.

The comments on the post were a mix of awe and anger. While many praised C Fly’s skills, another user exposed the player’s seemingly selfish playstyle.

“Oh hey I remember you, I had you in one of my games,” the user said. “You left my squad, solo dropped in Capitol City and left the moment you went down.”

The comment resulted in outrage from many angry players who disapproved of C Fly’s lack of teamwork.

C Fly is signed to Prism Esports’ Apex Xbox team and dubs himself “the number one Gibraltar in the world.” The label likely comes from his top spot in Gibraltar kills, according to an Apex Legends tracker.